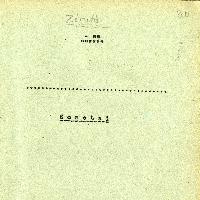 The 48th Sonnet of Bronius Krivickas

The 48th Sonnet follows the classic form and tradition of this genre of poetry. It expresses the values and belief system of the anti-Soviet partisans of that time, and shared ideas about the essence of life and the struggle for freedom. 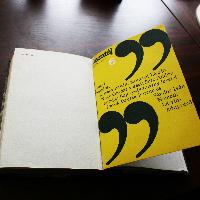 The Banned Volume of the journal Tiszatáj, 1986. Publication

The collection contains one copy of the June 1986 issue which escaped shredding, bound together with the other Tiszatáj issues from 1986. Gáspár Nagy’s poem entitled “From a Boy’s Diary,” which generated literary-political scandal, appears on page 10 of the 112 pages. In addition to writings by Gáspár Nagy, the issue also includes poems by Sándor Csoóri, István Kovács, and László Koncsol, an essay by András Sütő, two articles commemorating Endre Bajcsy-Zsilinszky (who had been born 100 years earlier), and, finally, treatises on segments of László Németh’s literary oeuvre.

Proceedings were launched against the editorial staff and the periodical was suspended due to a poem by Gáspár Nagy in which Nagy alludes to the revolution of 1956 and the moral crisis of the late Kádár-era. Some claim it contains references to János Kádár himself.
read more 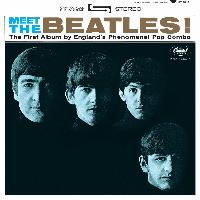 The Beatles were one of the formative groups for Nelu Stratone’s musical culture. The music of this band, about which it was known in Romania too that they were at the origin of an unprecedented worldwide phenomenon, was sought after and much desired by collectors at the time. “I think records of the Beatles were among the most listened to of all that I had in my collection. There were a number of groups or soloists who tried, by imitation more explicit or more discreet, to approach the music they made. But the Beatles were unique,” considers Nelu Stratone. The music of the Beatles was not forbidden in Romania, but their records could not be found for sale except on the alternative market. Even basic information about the group’s discography, about the songs included in each album, was a sort of alternative knowledge, which aroused envy among classmates, admiration among friends, and even attraction (generally on the part of the opposite sex). The Beatles were one of the most popular groups in communist Romania, perhaps precisely because their period of glory coincided with the period of liberalization in the 1960s. Many Romanian bands sang their songs, taking advantage of the lack of clarity concerning copyright, which was characteristic of the entire Soviet bloc. After the Theses of July 1971, which virulently attacked the custom of admiring Western cultural and artistic creations, the words of the Beatles’ songs had to be translated so that they could be sung by Romanian groups. On top of that, their music was broadcast in an utterly absurd form, under the name of the group translated into Romanian as “Scarabeii” (The scarabs) (Stratone 2016, 169). Gradually, radio and TV broadcasts almost completely eliminated Western groups, but the music of the Beatles continued to attract new generations of young people. In the 1980s, the communist authorities tolerated for a while a show put on by Florian Pittiş at the Bulandra Theatre under the title “Poezia muzicii tinere” (The poetry of young music), during which the great successes of the Beatles were presented, followed by playing of music from their repertoire. Young people crowded to get into the show, which quickly became extremely popular, despite the fact that it was not advertised in any way. Sometimes 900 spectators squeezed into an auditorium with 450 places, with the result that in 1985, after four years, the show was banned. In short, the Beatles were dangerous especially because, like other Western bands, they catalysed the energies of the younger generation. “At these shows you recovered your freedom and your dignity,” recalls Andrei Partoş (George 2007). The complete albums of The Beatles, so precious in the days of communism, are now only a memory for Nelu Stratone. At present not one album from this complete set is still in his collection, but all the music that the group performed, together with what their members produced in other musical combinations, can be found in his electronic archive. 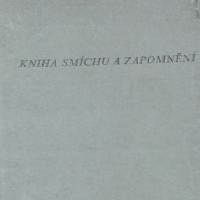 The Book of Laughter and Forgetting

In 1975, Kundera moved to France. There he published The Book of Laughter and Forgetting (1979) which told of Czech citizens opposing the communist regime in various ways. An unusual mixture of novel, short story collection and author's musings, the book set the tone for his works in exile. Published in Czech (Kniha smíchu a zapomnění) in April 1981 by 68 Publishers Toronto. This book is also a proof that the owner had an active interest in unofficial literature. We do not know when and under what circumstances copy of this book became part of Mr. Šufliarsky´s collection.