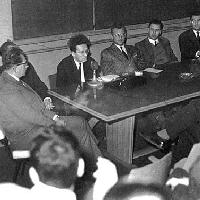 The first public appearance of the entire Praxis Editorial Board, Zagreb, 1964. Photo 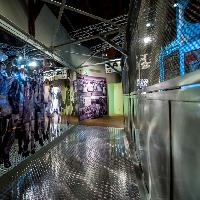 The historic overpass from the railway station in Jarocin

The historical pedestrian railway overpass in Jarocin was for many years a landmark of the city. Festival participants arriving at the train station would use it to go to the city. Throughout the years the overpass was captured in numerous photographs, films, and memoirs from Jarocin festivals. Today it has become a part of the permanent exhibition at the Polish Rock Granary, together with the elements of the now-dismantled amphitheatre where the concerts took place. 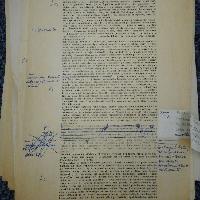 The collection contains the latest issue of the literary journal Host do domu (1970, No. 10) in a form of page proofs, which has never been published.  The issue includes language and stylistic proofreading as well as censorship. A significant example of this practice is an article on Max Weber and George Lukács, which exemplifies a sentence: "Indeed, for our abnormal situation, it is significant that in the 1960s, revisionist elements were sought in this book and is now considered as dogmatic." It documents a transformation of contemporary interpretations in the breaking time of starting normalization. This issue includes, among others, texts of later important figures of the cultural opposition - Jaroslav Škvorecký, Václav Havel, Milan Kundera etc. This is an exceptional example of larger material with specific censorship practices. 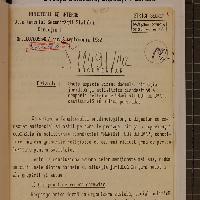 The legal situation and the clandestine activities of the Jehovah’s Witnesses religious group, in Romanian, 1982. Report

The report on “the legal situation and the clandestine activities of the religious group entitled Jehovah’s Witnesses” was drafted by the First Directorate of the Securitate (in charge of gathering information within the country). This report synthesised the evolution of the religious community of the Jehovah’s Witnesses in Romania, their legal status during the past and at the time of its issuance, and the policies of the Securitate regarding this religious denomination.