7 collections found
Items per page:       1 2 next page »»
Tadeusz Rolke Archive at the Museum of Modern Art in Warsaw

An archive of several tens of thousands of  photographs representing the life’s work of one of the most acclaimed Polish photographers – Tadeusz Rolke. It comprises photoreports on the everyday and cultural life in Warsaw, fashion photography and documentation of avant-garde events from the mid-1950s until 1970, as well as photos depicting Polish society during the “carnival” of “Solidarity” in 1980, during the martial law, the transformation in 1989, and the alternative culture of the 1980s. 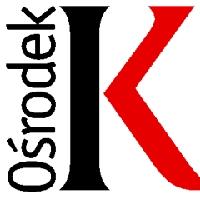 The Archive of the Opposition in KARTA Centre

The Archive of Opposition is one of the oldest activities of the KARTA Centre. It was established in 1991 as “The Archive of the Polish People’s Republic” and gathered all the materials concerning political life in Poland since 1956 to 1989, especially in connection to the events of 1956, 1968, 1970, 1980. In 1998 the archive changed its name to “The Archive of Opposition”, which reflects greater awareness of the specificity of the opposition in the Polish People’s Republic: its diversity extending beyond merely political actions. In the Archive researchers and journalists can find a very rich, written and visual material on the newest Polish political and social history. 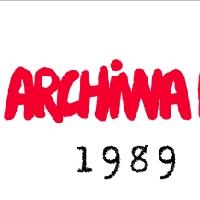 The Archives of Transition 1989-1991 is a project coordinated by the Chancellery of the President of the Republic of Poland and the Chancellery of the Senate of the Republic of Poland. The project aims at creating a public registry of all materials, archives, library, cultural institutions and museums in possession of materials concerning the period of Polish political and social transformation. Archives of Transition consists of mapping the potential partners, researching the content of their collection and putting them in digital registry. The core of the collection of the Archives of Transition are the documents from both Chancelleries obtained from former politicians and activists, representing changes in Polish political, cultural and social context. 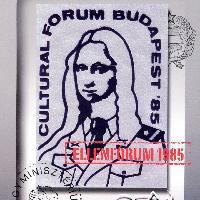 The documents of Cultural Forum and Counter-Forum Budapest 1985

The documents of the Cultural Forum and Counter-Forum of Budapest in late 1985 reflected on the major changes which had just begun at the time in East-West relations, politics, and diplomacy, together with the challenging concept of cultural freedom as a basic part of human rights. For the official Forum, some 850 participants were accredited to Budapest, thus the city was home for six weeks to a legion of diplomats and experts. However, instead of the protocol-like program of the official Forum, the real novelty which caught the attention of the world, the samizdat press, the Western public, and dissidents from the East (not to mention the Hungarian secret police, who were busier than ever) was an open dispute among writers and intellectuals from both East and West that was held at a poet’s flat and then at a film director’s apartment, and which lasted three days. The rich and versatile sub-collection contains many exciting documents which are of potential interest both to Hungarian and international visitors.

The documents of SZETA - Hungarian dissidents' Fund for Aiding the Poor
The Fund for Aiding the Poor (SZETA) was a unique endeavor of the Hungarian democratic opposition involving counter-cultural initiatives in the fields of art and literature and a heightened social awareness for those in need. The original documents of SZETA have survived to our day only in part, and are scattered across private collections. Therefore an almost complete documentary collection of SZETA could be composed only virtually as of yet, with items from the relevant holdings of the Blinken-OSA Open Society Archives, Budapest, the secret police files of the Historical Archives of the State Security Services (ÁBTL), Budapest, and Gabriella Lengyel's online collection, together with some private papers of Gábor Havas, Bálint Nagy, Ferenc Kőszeg, Gyula Kozák, Zsuzsa Hermann, and others.
read more
1 - 5
1 2 next page »»