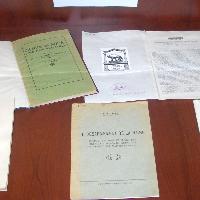 The collection comprising the documents collected by Ion Raţiu and Viorel V. Tilea gives detailed insights into the activities of its two creators, who were key political and cultural personalities of the Romanian diaspora. It represents one of the most valuable sources of documentation for the history of the Romanian exile community in the West during the Cold War period. 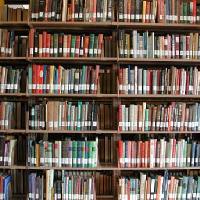 The Raţiu–Tilea Personal Library Collection reflects the academic interests of two Romanian intellectuals living in exile, both involved in the political organisations of the Romanian Diaspora in the West and authoring relevant works on twentieth century Romania. The collection brings together a large number of publications dealing with postwar Eastern Europe, including the most appreciated academic contributions on the history of Romanian communism published in the West. 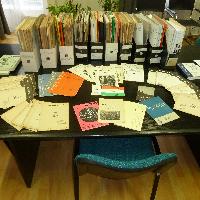 Records of the Union of Free Hungarian Students – Julius Várallyay’s collection, 1957-1967
The Union of Free Hungarian Students, UFHS (also referred to using the Hungarian acronym, MEFESZ), was a worldwide association of Hungarian refugee students who had fled to the West after the revolution in Hungary had been brutally suppressed by Soviet tanks in late 1956. For a decade after the revolution, the UFHS represented some 8,000 Hungarian students in sixteen countries on three continents. It held yearly congresses, self-organized study and cultural programs, international press campaigns, protest demonstrations, and solidarity actions in order to ensure that the democratic and patriotic spirit of the revolution survived. In the Fall of 1956, Julius Várallyay, a second-year student at the Technical University in Budapest, was one of the most active and devoted leaders of the émigré student movement. He was elected president of UFHS in 1959. Sixty years after the defeat of the revolution, he donated his collection of UFHS records, until then had been stored in his Washington home, to the 1956 Research Institute, Budapest.
read more 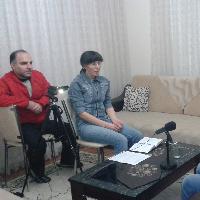 Resistance of Turkish Minority in Bulgaria
The collection was established in the period from 2010 to 2016. It includes personal memories and materials of members of the Turkish minority of Bulgaria, who today live in different countries, most of them in Turkey. The collection sheds light on the life of ethnic Turks in Bulgaria and their responses to the contradictory politics, in long periods - discriminatory and assimilatory, of the socialist state.
read more 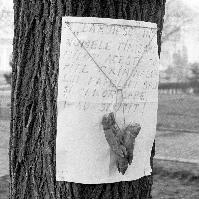 The Lucian Ionică private collection is one of the few collections of snapshots taken during the tensest and most feverish days of the Romanian Revolution of December 1989 in the city of Timişoara, the place where the popular revolt against the communist dictatorship first broke out. The photographic documents in this collection preserve the memory both of the dramatic moments before the change of regime and of the days immediately after the fall of Nicolae Ceauşescu, when sudden freedom of expression produced moments no less significant for the recent history of Romania.