Petko Ogoyski in his collection holding the wooden shoe with a secret hiding-place in which his wife, Jagoda, put medicines and a small pencil and so brought them to the forced labor camp in Belene on Persin Island.
During the communist period, the materials showing the repressive nature of the communist regime in Bulgaria were hidden at the birthplace of Petko Ogoyski, in the village of Ogoya, located between Sofia and the city of Vratsa. They were openly shown and made known to the public after the political turn in November 1989. After the end of the socialist state, numerous events were organized in which Petko Ogoyski participated and used materials of his collection (s. Events). 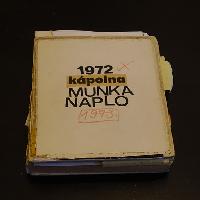 Work Diary of the Chapel Studio, 1972.
This diary served primarily as a message board for participants in the exhibitions held in the Chapel Studio, Balatonboglár, in 1972 and 1973. It contained regularly updated information about what had happened and instructions about what was to be told to any authorities visiting the chapel, as the exhibitions were often obstructed by regulations, so the organizers continuously had to find new ways to get around these obstacles (for example sometimes it was called an exhibition space, in other cases it was called a private studio, etc.). The diary also contains a record of all of the events of the corresponding years and several notes by the participants.
read more 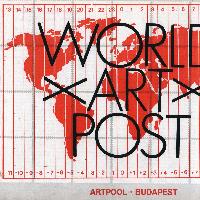 World Art Post, 1982. Book
The bookwork-catalogue of the international “artistamp” exhibition held in 1982 in the Fészek Club (a book made of 27 original stamp sheets) with stamp images of 550 artists and essays in Hungarian and English (by Peter Frank, E. F. Higgins III, László Beke , J. & G. Galántai, Gábor Tóth , Rudolf Ungváry, and Anna Wessely) on artistamp, with a relevant bibliography.
read more 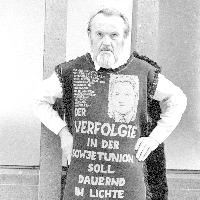 There are three wraps in the collection. These wraps were used by Paulis Kļaviņš and other activists in Hilfsaktion Märtyer-Kirche (HMK) and the 'Action of Light' in street actions in West Germany and France in 1983. Two are made from brown-coloured fabric, the third is made from black-coloured fabric. On the wraps are printed portraits of Soviet political prisoners: Dmitry Minyakov, Vytautas Skuodis and Lidija Doroņina-Lasmane, and inscriptions such as: 'Die Verfolgten in der Sowjetunion berätingen unsere Solidarität'. These wraps are used by the museum in a multimedia exhibition. 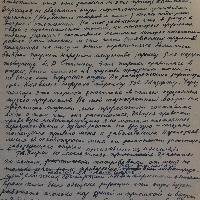 After her return from Czechoslovakia on 10 February 1946, Mērija Grīnberga had to submit several accounts of her journey to the authorities. After she was forced to leave her position as acting head of the Ethnography Department of the Historical Museum, she had to submit an explanation to the Ministry of State Control of the Latvian SSR as to why she did not hand over the collections of the department to her successor, according to the rules. Although Mērija Grīnberga was born in St Petersburg and her spoken Russian was good, her written Russian was a little clumsy, but the draft is written very expressively, and describes in detail the attitude of the museum administration towards the museum collections and her personally. The drafts of the accounts written by Mērija are also interesting because they show how she gradually adopted the ideological language of the Soviet regime.