84 people found
Items per page:       «« previous page 1 ... 7 8 9 10 11 12 13 14 15 16 17 next page »»
Bułhak, Ewa
Ewa Bułhak has been active on the Polish artistic scene since the beginning of the 1970s. She began her career in the Polish Theatre in Wrocław as a theatre director. In the mid-1980s she started to work as a literary assistant in the Studio Theatre in Warsaw, where she later held the position of a literary director. She coproduced and directed several plays with Jerzy Grzegorzewski and participated in the creation of the artistic vision of the institution.
As many artists, who worked during the socialist times, she found the artistic activities – in her case the modern theatre – an inspiring and fulfilling way of navigating her professional career. Especially her involvement in the Studio Theatre in the 1980s, an avant-garde of the Polish theatrology at that point, helped her to build an alternative world, separated from the hectic social and political life. In the 2000s she became involved in the preservation and editing of the Jerzy Grzegorzewski's works, and participated in the establishment of the Jerzy Grzegorzewski Section.
read more 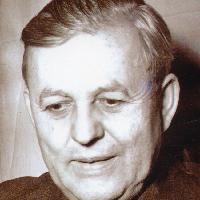 Hungarian ethnographer, art historian, and politician Sándor Bálint was born in Szeged to a pepper-growing family. His mother was widowed at a relatively young age, but she supported her son’s education. Sándor Bálint was a pupil at the Pious Order Grammar School in Szeged. He graduated from the Franz Joseph University in the city of Kolozsvár [Cluj] with a degree in Hungarian Literature and Grammar, and he became a history teacher. In 1924–1925, he pursued studies at the Pázmány Péter University in Budapest. He wrote his habilitation thesis in 1934, entitled Az alföldi magyarság néprajza, különös tekintettel Szeged népére [The Ethnography of the Hungarian Plains, particularly the people of Szeged]. In addition to his research about Szeged, Bálint was also interested in folk religion.

In spite of this, Bálint did not abandon his academic career. He wrote his principal works in this period: The book Karácsony, húsvét, pünkösd [Christmas, Easter, Whitsun] was written in 1973, and Szögedi nemzet [The Nation of Szeged] was published in 1976. He was collecting folklore all over Hungary, and he also supported the collecting of folk religious objects. Bálint worked together with ethnographer Zsuzsanna Erdélyi and Cardinal László Lékai.

He died in a car accident in 1980. After his death, his academic work became popular and well-known. The Catholic Church even initiated his beatification. The bell of the Franciscan church of Szeged was named after him. A statue of him was erected in the Pantheon of Szeged. The Sándor Bálint Institute of Religious Research was established in 2009.
read more
Bánfi, Szilvia

Szilvia Bánfi (1953– ) became an employee of the National Széchényi Library (OSZK) in 1976. She began to work in the Closed Stacks Department in 1984. Before and after this, her work involved several departments of the library. She did research on the twentieth-century history of the library, and she wrote a paper about the establishment of the Closed Stacks Department. 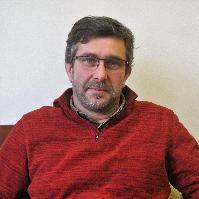 Zsolt Bánki grew up in Budapest in a middle class Catholic intellectual family. His parents did not join the party, and in general their home was an isolated world of dissidence. This deeply affected Bánki, who developed an interest in everything that was forbidden by the regime. In high school, for example, he developed a vivid interest in the 1956 Hungarian revolution.

Catholicism played a significant part in his life: he belonged to the Regnum Marianum community. He was aware at an early age of what it mean to be under surveillance to be suspected of conspiracy: the community was monitored by the political police, and Bánki remembers officers waiting for the children to come out of the parish church and counting them. He also attended church camps, from where the participants were not allowed to send postcards, and taking photographs was strictly forbidden: organizers wanted to prevent the secret police from gathering information on the members, activities, and locations of the camp. Bánki's parents were reading and collecting theological and religious typescripts and mimeograph printed materials. Some of them were printed by OMC Verlag or Krupp Verlag and smuggled into Hungary.

Naturally, Bánki himself kept a distance from the party. He did not join the Hungarian Young Communist League until a couple of months before his university entrance exams. This did not help, though, as he was not accepted. In high school, one of his greatest fears was that he would not be allowed to continue his studies because he had had some run-ins with the authorities. On the 25th anniversary of the outbreak of the 1956 revolution, on 23 October 1981, he and his friend visited the statue of Józef Bem, a symbolic site of the uprising. His friend placed a rose at the feet of the monument. As a result, his friend was excluded from higher education, and was only able to get a degree only after the change of regimes. Two years later, he was caught in the course of a police raid in the Rajk Boutique, a famous illegal shop of samizdat materials which operated out of László Rajk's flat at 3 Galamb Street.

The world of samizdat was opened to Bánki by journalist Sándor Révész, who prepared Bánki for the university entry exams. Révész invited the young Bánki to join him and go to the boutique: this was a formative experience for Bánki. He kept on going back, but once in the spring of 1983, he ran into political police officers, who took Gábor Demszky away in handcuffs, and Bánki was summoned to the police station. He was frightened, thinking that his dreams about university studies would be ruined. Arriving home, he destroyed his significant samizdat collection with the exception of a treasured book of poetry, Eternal Monday, by György Petri, and the poem One Sentence on Tyranny by Gyula Illyés. He also called Révész to tell him that he would give him up, but in the end he told the police that he had heard about the boutique on Radio Free Europe. He was let to go.

In 1993, he started to work at the Special Collection of Contemporary History at the National Széchényi Library. This was practically identical with the collection that was called the Closed Stack of Publications before the change of regimes. He is currently head of the Department of Library and Informatics at the Petőfi Literary Museum. 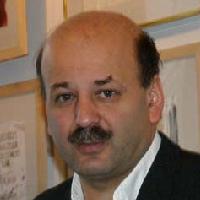 Bárdi, Nándor
Nándor Bárdi (1962–) is a Hungarian historian. He graduated from the Ferenc Kiss Forestry Vocational School of Szeged. Between 1981 and 1987, he studied history at the József Attila University of Sciences at Szeged. In 1989–1990, he worked at the National Széchényi Library. He then taught at the University of Szeged until 1996. Between 1997 and 2007, he worked at the Teleki László Institute. He now works at the Institute for Minority Studies of the Hungarian Academy of Sciences.

Bárdi was an active member of grassroots movements organized in Szeged and Budapest to aid Transylvanians in the 1980s. Bárdi’s research, publications, and teaching focuses on the 20th–21st century history of East and Central Europe, and the Hungarian minorities of the Carpathian basin, including their political, social, ethnic and cultural-historical phenomena. He initiated a number of research projects, a book series of resource publications, as well as databases, and was the founding editor of the English-Hungarian, dual-language, scientific periodical, Regio.
read more
76 - 80
«« previous page 1 ... 7 8 9 10 11 12 13 14 15 16 17 next page »»