25 organizations and groups found
Items per page:       1 2 3 4 5 next page »»
EEA and Norway Grants
EEA and Norway Grants are financial contributions made by Norway, Iceland, and Liechtenstein to decrease the economic and social inequalities within the European Economic Area.
read more
ERSTE Foundation
Erste Foundation promote independent projects and those engaged in the cultural sector by providing them with resources and cross-border contacts that are not embedded within state institutions. Most of their projects are transnational, involving research activities that focus on the visual arts from the 1960s to the present day.
read more
EUSTORY
EUSTORY:
1. is an informal, international network of non-governmental organisations carrying out historical research competitions for youth in different European countries,
2. creates space for encounters and facilitates dialogue on shared European history and future in regular international youth seminars,
3. promotes the significance of history for a common European future through international conferences and workshops.

EUSTORY currently connects 25 civic organisations from 25 European countries. The mandate of EUSTORY is to view European history from the grass-roots and to recognise the vast diversity of experience. Opposing the abuse of history as an ideological weapon, EUSTORY emphasises the view of history as a workshop for intercultural understanding in Europe. This view is laid down in the core document of the EUSTORY network, the EUSTORY Charter. EUSTORY is therefore not only a meaningful initiative of historical grass-roots work in Europe, but also makes an important and pioneering contribution to European efforts toward peace and tolerance.

Since the EUSTORY network was founded in September 2001 on the initiative of the Hamburg-based Körber Foundation, some 190,000 youth have already participated in EUSTORY history competitions with about 85,000 contributions. In addition to those involved in the individual national member organisations, there are more than 2,500 teachers, experts, scholars and volunteers who give their time to EUSTORY and its projects.
read more
Eastern Archive Volunteers
Since the late 1980s people interested in recent Polish history and rediscovering the difficult past of former Polish lands have voluntarily started to gather documents and oral testimonies concerning the Eastern borderlands of Poland. For a long time their involvement stayed non-profit and was motivated with passion for history.
read more 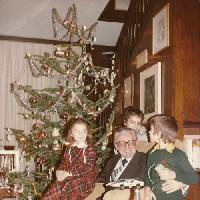 The founder (also the operator and the owner) of the Franjo Tuđman Website is a group of six individuals, who are not registered as an association or an organisation. They are the grandchildren of Franjo Tuđman, who are listed on the page as the editorial board: Dejan Košutić, Siniša Košutić, Nina Tuđman Vuković, Ivana Tuđman, Ana-Marija Tuđman and Nera Tuđman. They believe that it is to observe Tuđman's intellectual and political evolution, and especially his idea of creating an independent and democratic Croatia which grew from the 1960s, almost three decades before the crisis and the collapse of the Yugoslav communist system in the late 1980s. On the other hand, they are dissatisfied with certain perceptions of Tuđman's political actions, and the fact that the first Croatian democratically elected president has not in any way been institutionally commemorated - with, e.g., a museum or institute. That is why, in 2013, they decided to create this website in memory of the life and work of Franjo Tuđman.