The collection illustrates Anton Vovk's theological and pastoral work as a priest and bishop who led the Catholic Church in the Ljubljana Archdiocese despite being persecuted by the institutions under the control of the communist government. The Collection includes books, original manuscripts, the author's published articles and correspondence, showing Vovk's critical stance on Slovenia’s communist regime in the period until his death in 1963. 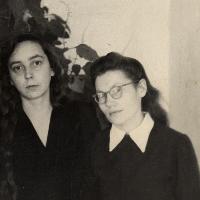