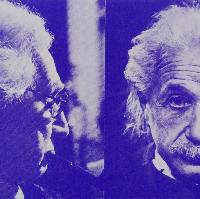 The Pugwash Movement Collection testifies to the anti-nuclear and anti-war activities of intellectuals from around the world during the Cold War era. The collection contains books and magazines, including the proceedings from the Pugwash Conferences, which were held every year in different city in the world. It also contains Encyclopaedia moderna, the most important journal for the history of anti-nuclear and peace movements in Yugoslavia. The Yugoslav government mostly did not look favourably upon the activities of the Pugwash movement’s members in Yugoslavia.