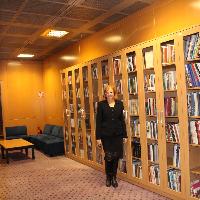 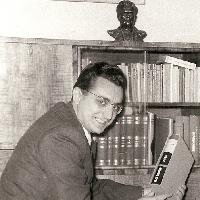 The website illustrates the life path and evolution of Franjo Tuđman’s ideas. Tuđman was a historian and politician who was twice sentenced to prison and banned from engaging in any public activity because he published and defended the results of his historical research, which contradicted the prevailing narrative promoted by the regime. The website contains digitised photographs, excerpts from Tuđman's diary, manuscripts and published works. The material testifies to his academic and political activities and his transformation from a relatively high-level communist official to a party dissident and finally the leader of the political opposition which overthrew the communist regime in Croatia.

Gediminas Ilgūnas was a well-known Lithuanian writer, journalist, ethnographer and traveller. In the 1950s, he was accused of anti-Soviet activity and imprisoned. On being released from prison, he and his close friends started to organise ethnographic expeditions, collecting material about important personalities in Lithuanian national history. The collection holds various manuscripts, including documents relating to his activities in the Sąjūdis movement and his political activities as a member of the Supreme Council, short memories about the Stalinist period, and material collected for a biography of Vincas Pietaris. The collection shows the actions of a Soviet-period cultural activist who tried to collect and preserve Lithuania's past culture. 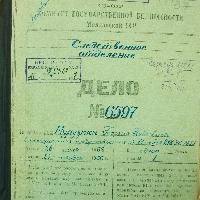 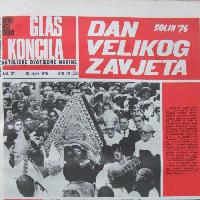 The private collection contains materials documenting the celebration of the Grand Jubilee, when 100,000 pilgrims gathered in Solin in Dalmatia on 12 September 1976. The Grand Jubilee celebrated the thirteen centuries of the first contacts of the Croats with the Holy See and 1,000 years of the construction of the first known Croatian Marian shrine. By commemorating the Croatian Catholic medieval rulers and statehood, the Church articulated a collective identity rooted in the past and tradition. As such, it was inherently opposed to the socialist imagery offered by the Yugoslav state. Some Communist Party members saw in the massive mobilisation of believers the “escalation of nationalism” as a follow-up to the Croatian Spring.