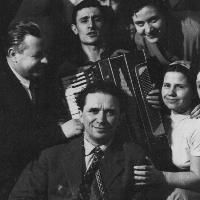 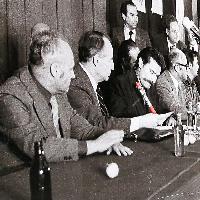 Photographic collection of European Solidarity Centre documents the most important political events from the 1970s and 1980s in Northern Poland. They are a testimonial of suppression, fight and victory, but they also tell little histories: of alternative lifestyles and artistic sensibility. The still-growing archive resources contain over 63.000 items.

The Pitch-In Culture was a unique phenomenon of Polish cultural landscape of the 1980s. This informal community brought together radical, critical, and progressive artists from two different generations: the former members of the Zero-61 group and the Film Form Workshop, who had begun their activities back in the 1960s and their younger colleagues, who were breaking up with conceptualism and the ethos of the avant-garde. The nihilistic, anarchistic, neo-Dada circle of the Pitch-In Culture distanced itself both from the state-supported art and from the so-called “church” art created by artists related to the political opposition. The Pitch-In Culture Collection presents artists, their works, manifestos and texts, as well as the documentation of exhibitions and artistic performances. 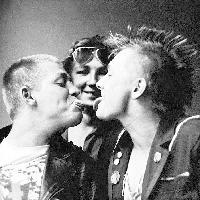 Punk in Polish People's Republic began in 1978 and it quickly gained popularity in Warsaw, as well as in other cities. In its initial phase, the movement maintained close ties with student clubs and galleries, where performance art, mail art, and concrete poetry flourished at the time. The collection of a punk photographer Anna Dąbrowska-Lyons includes zines, photographs, and newspaper clippings from the years 1978 to ca. 1982. The most interesting of these materials were featured in the album titled Polski punk (Polish Punk) published in 1999. The album documents the first wave of punk in Warsaw, while also presenting original, artistic photographs, collages, and graphics which blend the Western influence of punk and the new wave with the poetry of futurism, Dada, and conceptual theories of the 1970s.

The collection at the Popmuseum includes both written and audiovisual archive materials and other tangible artefacts that relate to Czech and Slovak pop music. The institution, besides running the museum and holding popular activities, also manages a large archive. The collection is the biggest of its kind in the Czech Republic. Pop music, not only rock, is seen by the museum in a complex context but the collection and the exposition describe opposition activities connected with the phenomenon of “West” and “undesirable” music genres from 1950s until 1980s in Czechoslovakia as well.