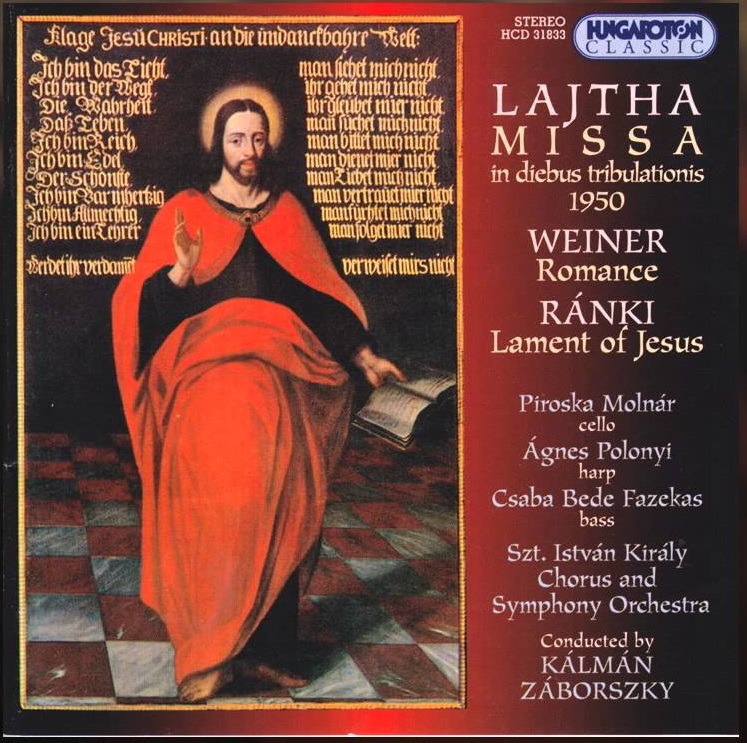 During the Rákosi era, when religious life was oppressed and religious works, choirs, publishers, and institutions were banned, László Lajtha composed Catholic masses in Latin. Before, Lajtha had shown no interest in religious music.
His masses are Missa in tono Phrygio – “In diebus tribulationis” Op. 50 (1950), Missa pro choro mixto et organo Op. 54 (1952), and Magnificat, pour Choeur de Femmes et Orgue Op. 60 (1954). – Lajtha dedicated the Magnificat to Margit Tóth, a member of the Lajtha group and Trois Hymnes pour Sainte Vierge, pour Choeur à trois voix de Femmes et Orgue Op. 65 (1958).
The Missa in diebus tribulationis op.50. was composed between April to June in 1950. This was not much time, given that Lajtha was composing a mass, so he worked intensively. This period was very hectic in Lajtha’s personal life. In 1948, he returned from London and had to remain in Hungary because he was not given a passport. He was dismissed from all his all positions, and he had to sell his personal belongings to get money. He became lonely. His sons emigrated, and most of his friends lived abroad, in other European countries. Lajtha always highlighted his rejection of socialism. Composing a mass was one of the ways in which he expressed this rejection. His mass was performed first in 1957, when István Vermes, the head of Magyar Radio (Hungarian Radio), decided to present works by composers who were under pressure from the communist regime. Although the cultural policies of the Kádár era were less radical, this kind of masterpiece still stood a good chance of being banned. Magda Kelemen, who knew Lajtha’s work as a composer, proposed changing the mass’s title to Phrygian Mass (Mise fríg hangnemben). This title seemed less explicit as an expression of opposition to the socialist regime. The mass was presented by Magyar Radio in 1957. In 1989, it was performed again, and in the 1990s a performance was recorded on CD.