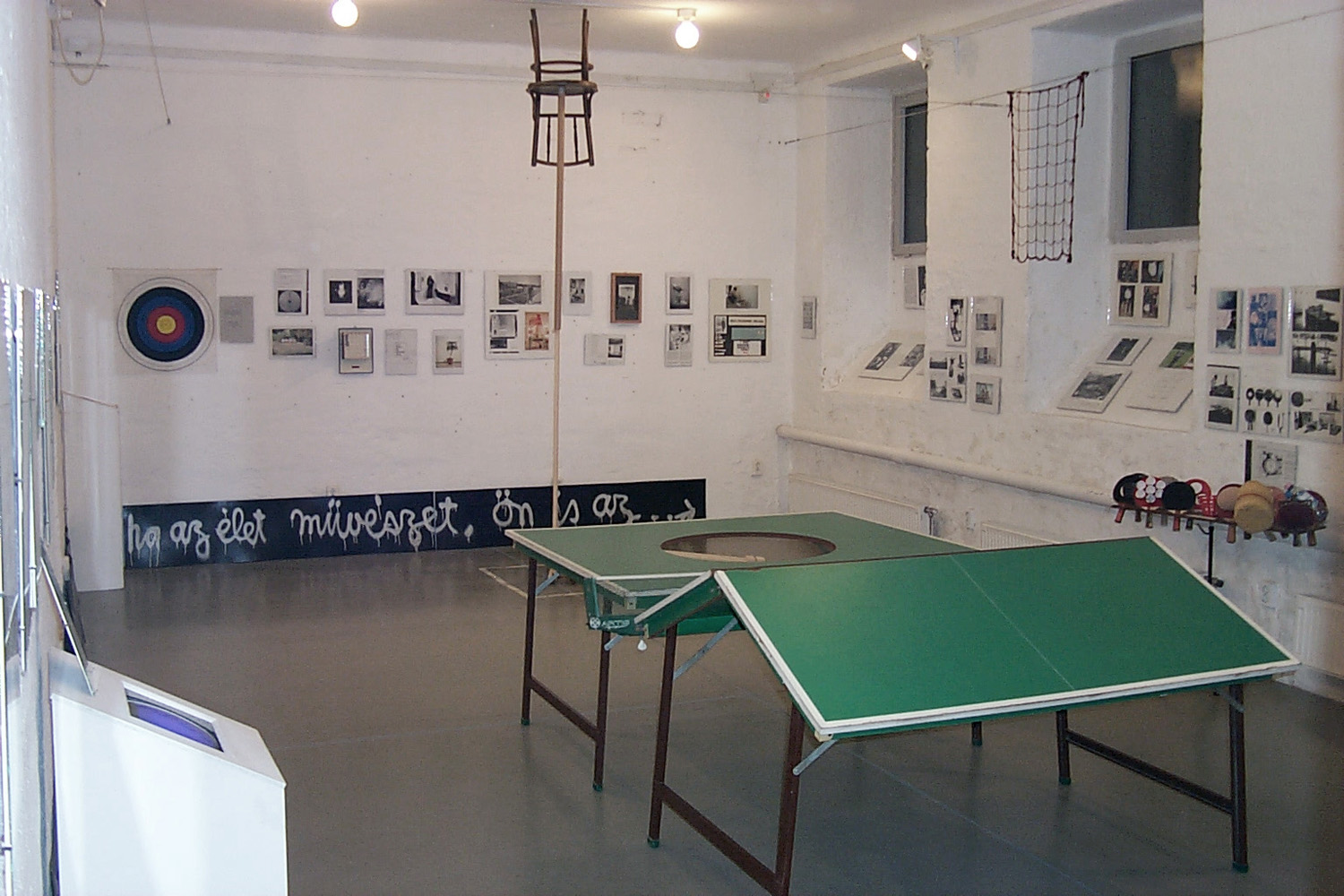 George Maciunas’s idea and work made in 1976 was reconstructed by György Galántai on the occasion of the exhibition Impossible Realism in 2001. Maciunas imagined the Flux Ping Pong as a ping pong table with rackets being made unusable for playing ping pong: one half of the table has a big hole, the other half is not flat and not horizontal; the rackets are superposed with interfering objects and surfaces. Though the equipment is thus unusable, using it to play guarantees an extraordinary experiment. The audience had the opportunity to try to play on the table in the exhibition entitled Fuxus East – Fluxus Networks in Central Eastern Europe, which was organized in several venues; in the Fluxus (Sport) Events in 2011 at Galántai House in Kapolcs; and a different version was also on show in the frameworks of a project in Sidney in 2013 (http://artpool.hu/2013/fluxpingpong/).