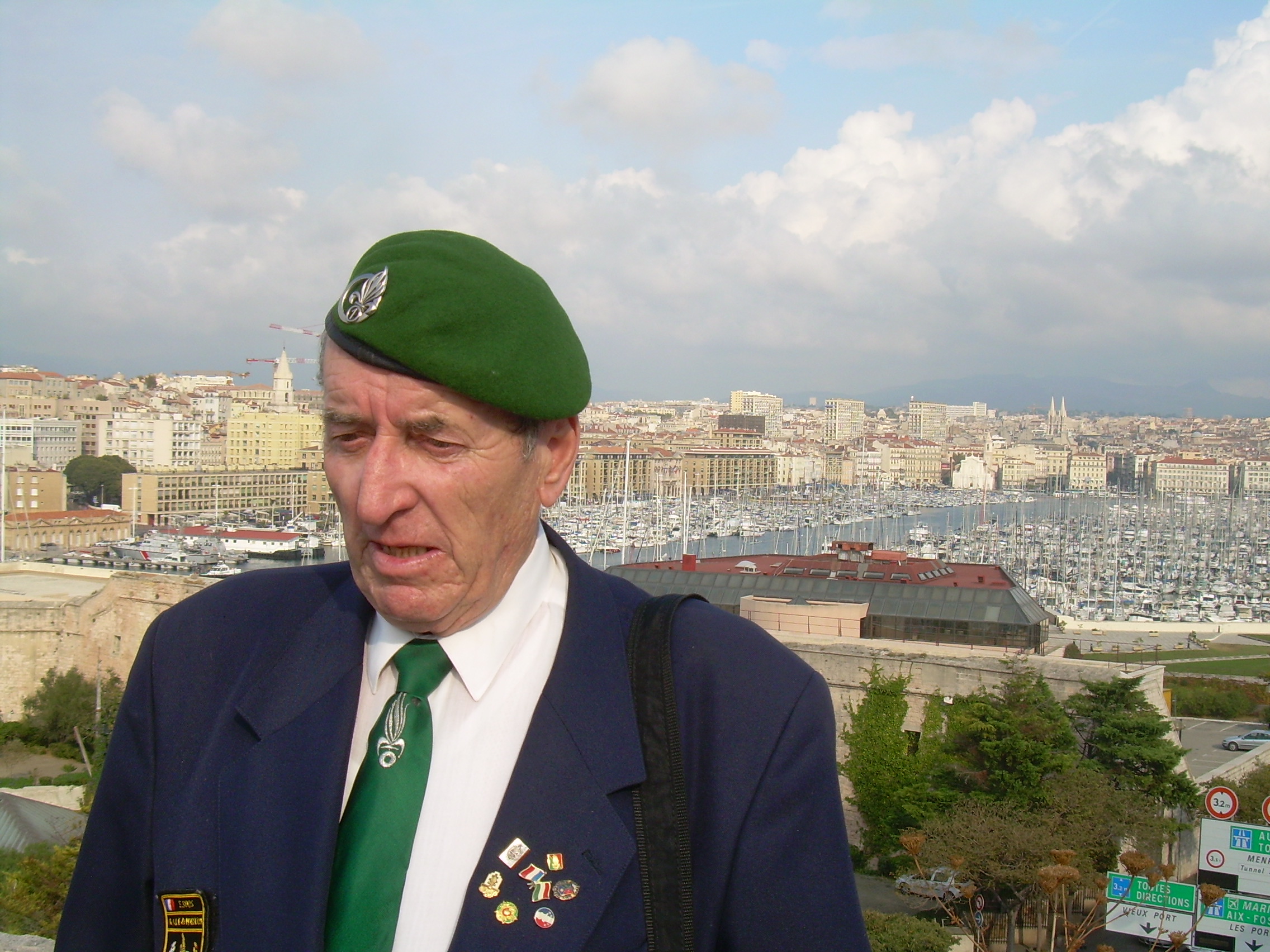 Sándor Soós, was born in 1939 to a worker family with four children in Budapest. When the revolution broke in Hungary in the autumn of 1956, he was a 17-year-old apprentice miner in Oroszlány. Together with some fellows, he came to Budapest and soon joined a group of freedom fighters defending the New York Palace, a hotel and press center in downtown Budapest, with a machine gun from the Russian tanks, and only fled to the West with the last group of insurgents one week after the second Soviet invasion.

From the refugee camp of Traiskirchen, Austria, he soon got to Germany, where he worked as a miner, and then to France, where in 1958 he joined the French Foreign Legion. He served under the French tricolor and the red-green banner of the Legion in Algeria, Djibouti, Corsica, and Orange 19 years in total before leaving the army and getting married. He became a French citizen quite early, in 1966, but could visit his native land, Hungary, for the first time only in 1985. As a civilian he took a job in Marseille as a port guard, and for many decades he was also the voluntary president of a residence community in Septémes les Vallons, a suburb of Marseille, where he has been living for a half a century together with his family. Sándor Soós has three adult children, and two grandchildren; together with his Alsatian wife, Marie-Thérese, he often visits Hungary.

He was the one, who, at the request of the researcher, described his 1956 memories in a twenty-page manuscript (the brief selection here is an excerpt), and then discussed his fighting experiences in detail on camera when visiting Budapest with László Eörsi, an expert of the freedom fighter groups of 1956. His testimony was all the more appreciated by the historian Eörsi, since there hardly any archival records left behind by the group that defended the New York Palace in Budapest.