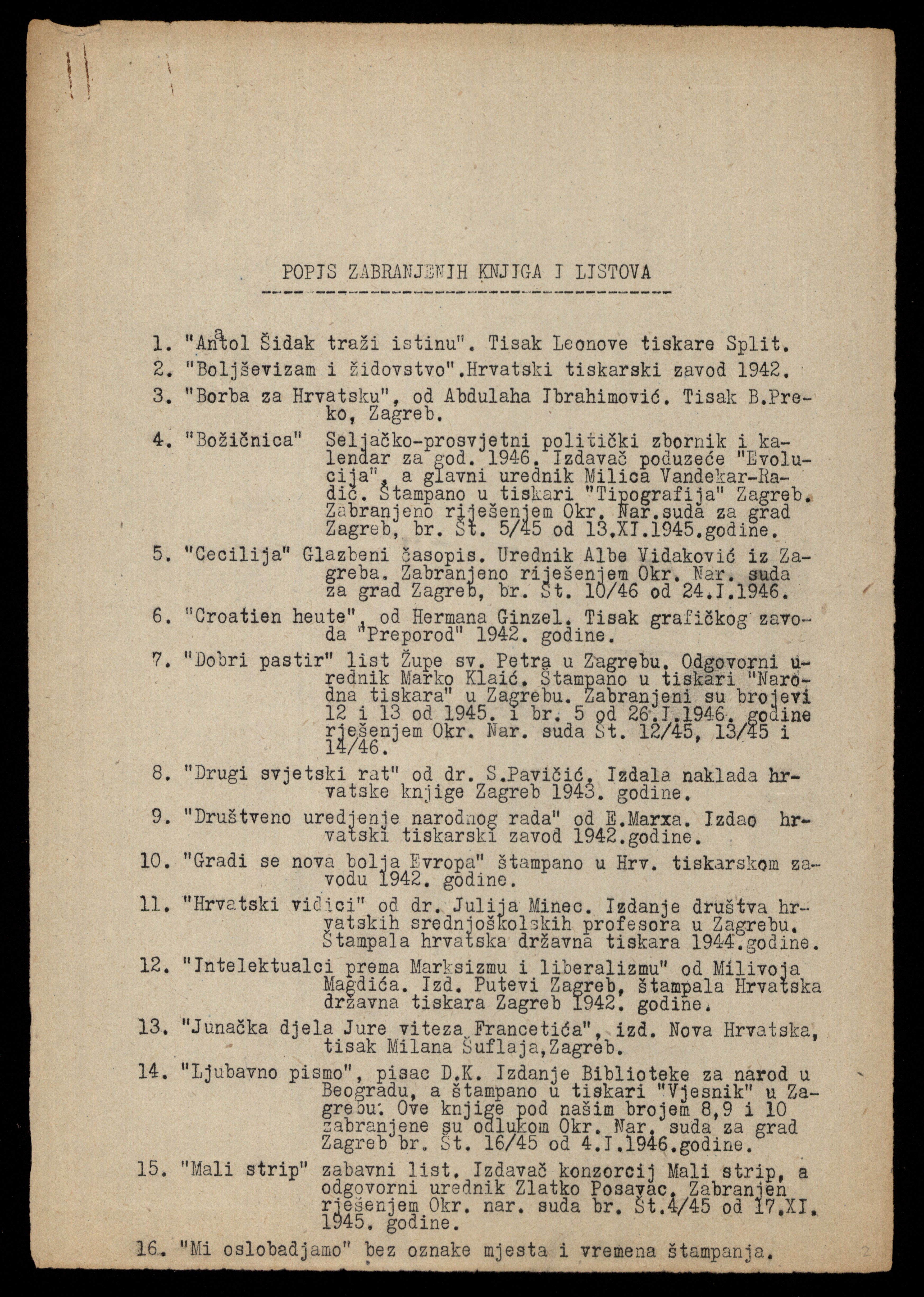 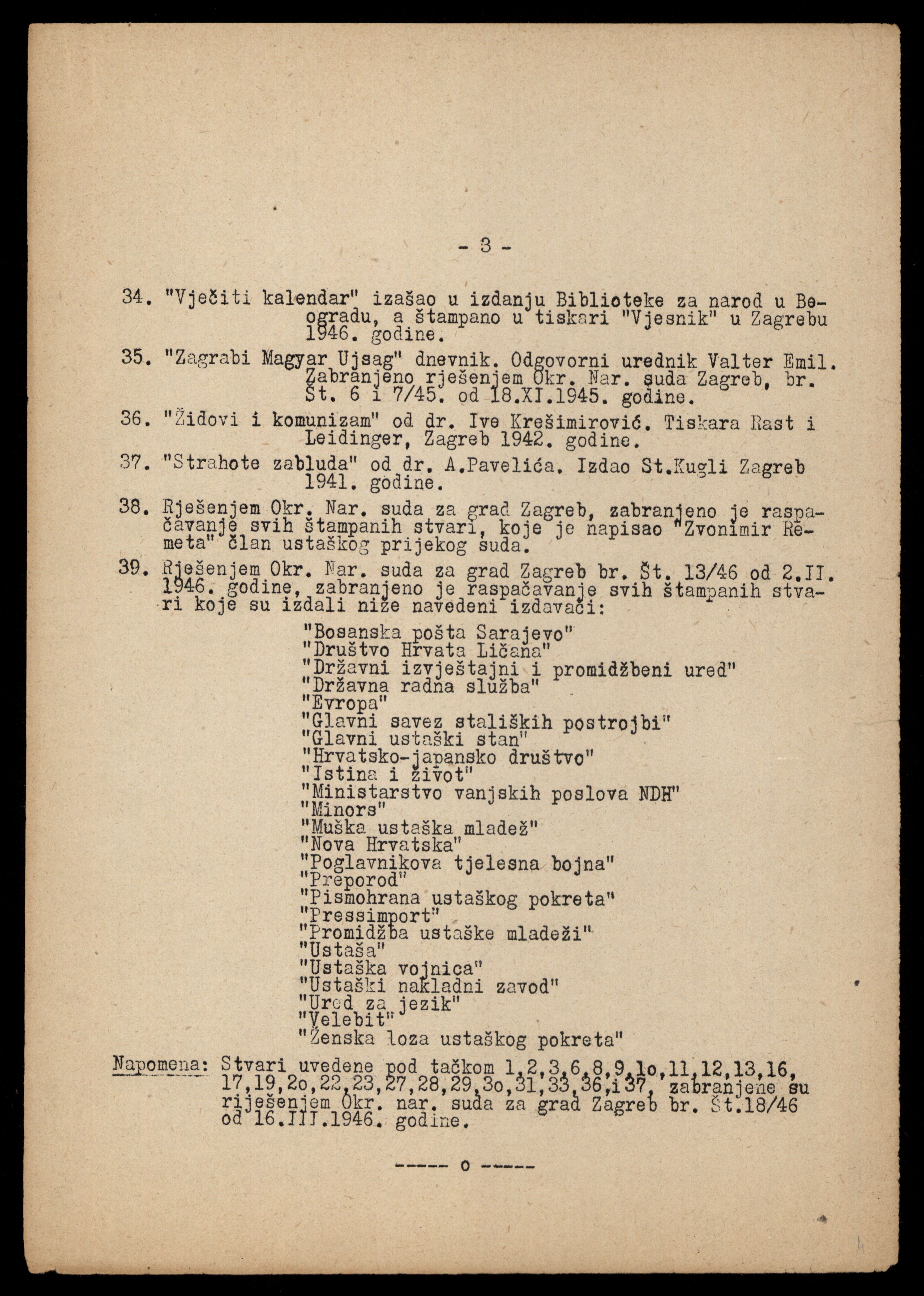 A List of Forbidden Books and Newspapers is a three-page document written on a typewriter at the District Public Court in Zagreb no later than on 16  March 1946. The list contains thirty seven book titles officially forbidden by the Zagreb District People’s Court from the autumn of 1945 until the spring of 1946 and two more passages, referring to a much larger number of blacklisted publications. The first passage lists all works by the Catholic author writer Zvonimir Remeta (1909–1964), and the second passage mentions the banned distribution of all publications issued by some twenty four publishers related to ustasha and fascist regimes (even referring to publications of the Croatian-Japanese Society). The list was apparently used to purge bookshops and libraries and was widely distributed.

Iljko Karaman took possession of the document illegally from the Public Prosecutor's Office and kept it in his home collection, which in 1992 ended in the Croatian State Archives. The material is available for research and copying and was used in the publications by Deniver Vukelić and Josip Grbelja as sources for studying the postwar communist censorship.