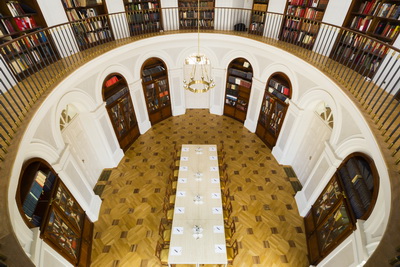 Szabolcs Vajay’s collection is the bequest of a Hungarian scholar who represented classic European erudition. It also documents the efforts to save a marginalized culture. The collection offers insights into a way of life in exile which is centered around efforts to preserve heritage abroad, a lifestyle which arose in part as a response to political assault on culture.