The report about Glavlit's work in 1959 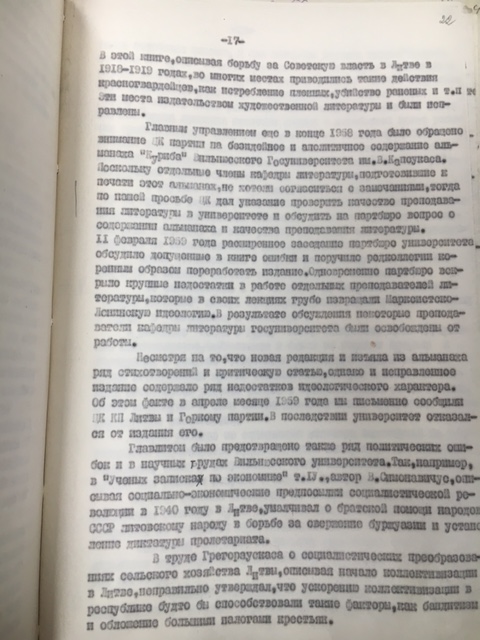 The report provides information about the criticism of the Vilnius University almanac Kūryba at the the end of the 1950s. Members of the Department of Lithuanian Literature at Vilnius University, which at that time came under strong ideological criticism from the Party and the government, were associated with the almanac. It was criticised by Glavlit, and after the editors did not agree with the comments of the censors, an audit of the Department of Lithuanian Literature was carried out. After this audit, several lecturers were blamed for distorting Marxist-Leninist ideology, and were forced out of their jobs (Irena Kostkevičiūtė, Meilė Lukšienė, Aurelija Rabačiauskaitė and Vanda Zaborskaitė). After these events, the university refused to publish the Kūryba almanac.