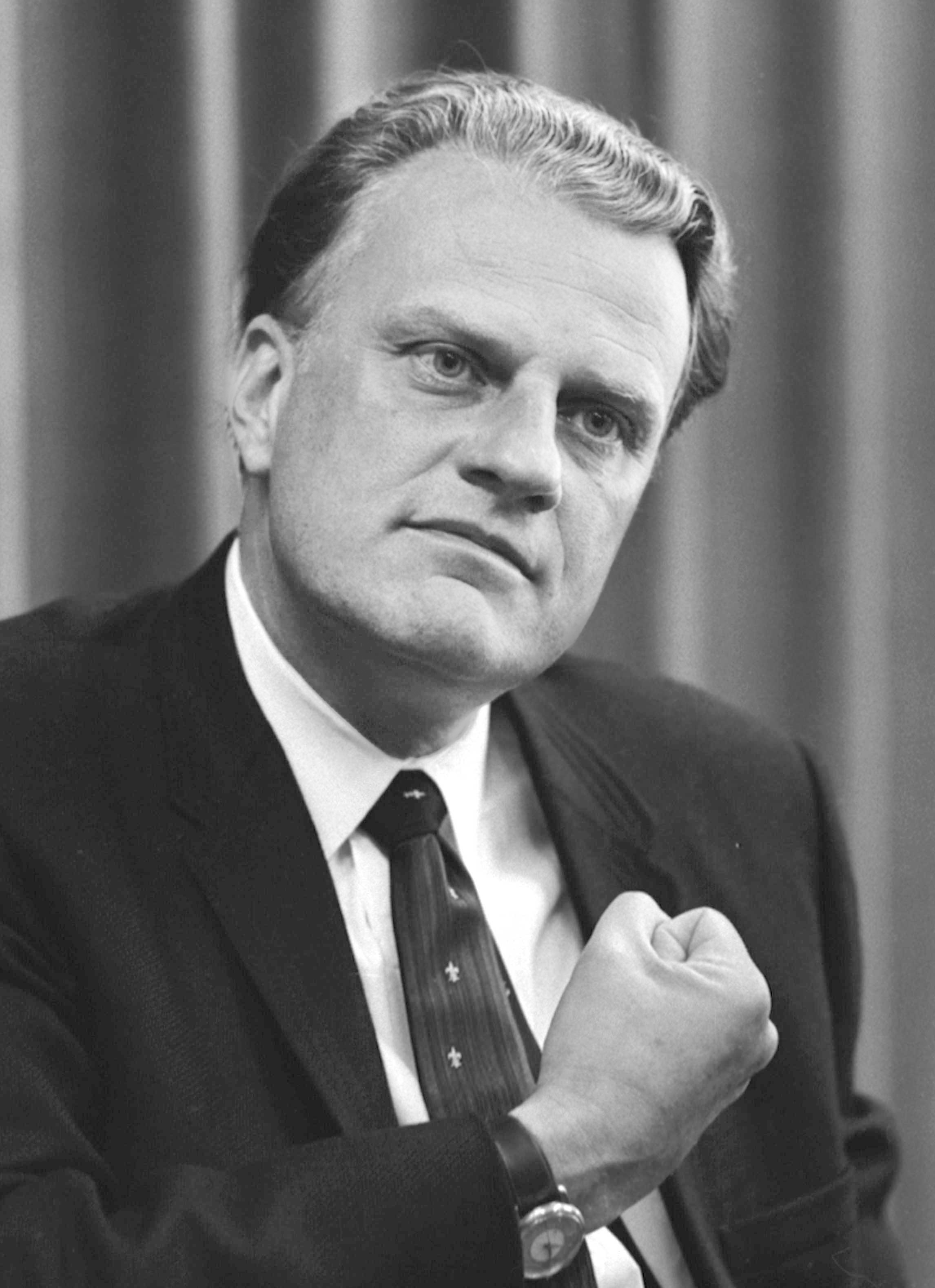 Billy Graham (1918–2018) was an American evangelist and a prominent evangelical Christian figure. After graduating from Sharon High School (1936), he attended Bob Jones College. In 1937, Graham began pursuing studies at the Florida Bible Institute in Temple Terrace. In 1939, he was ordained by a group of Southern Baptist clergyman at Palatka. In 1943, Graham graduated from Wheaton College with a degree in anthropology. From 1943 to 1944, he served as pastor of the First Baptist Church in Western Springs. From 1948 to 1952, he was the president of Northwestern Bible College in Minneapolis. He organized many revival meetings in Los Angeles in 1949, and he became an internationally known preacher. From 1947 to 2005, he led more than 400 missions in 185 countries on six continents. In 1950, Graham founded the Billy Graham Evangelistic Association in Minneapolis. He was a spiritual advisor to many US presidents. He was a close friend to Dwight D. Eisenhower, Lyndon B. Johnson, and Richard Nixon. He repudiated racial segregation, and he invited Martin Luther King Jr. to preach jointly at a revival in New York in 1957. He retired in 2005.