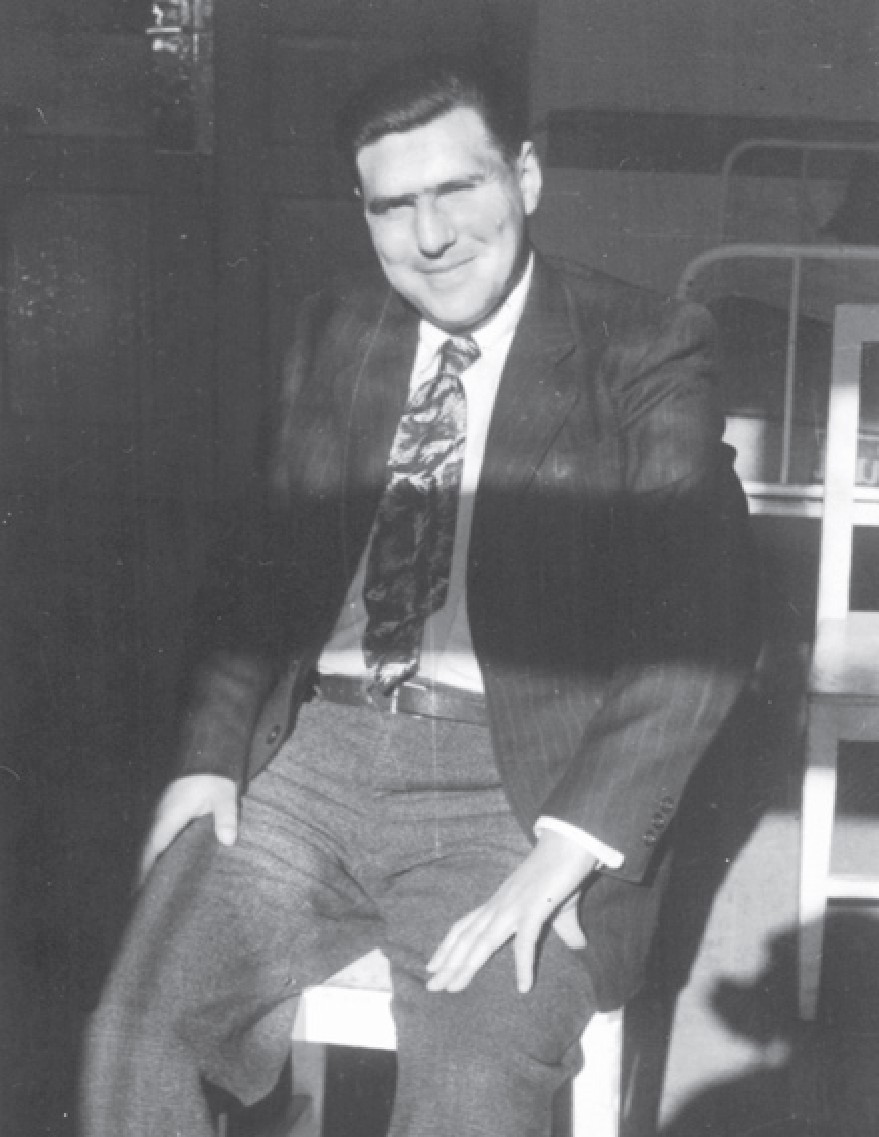 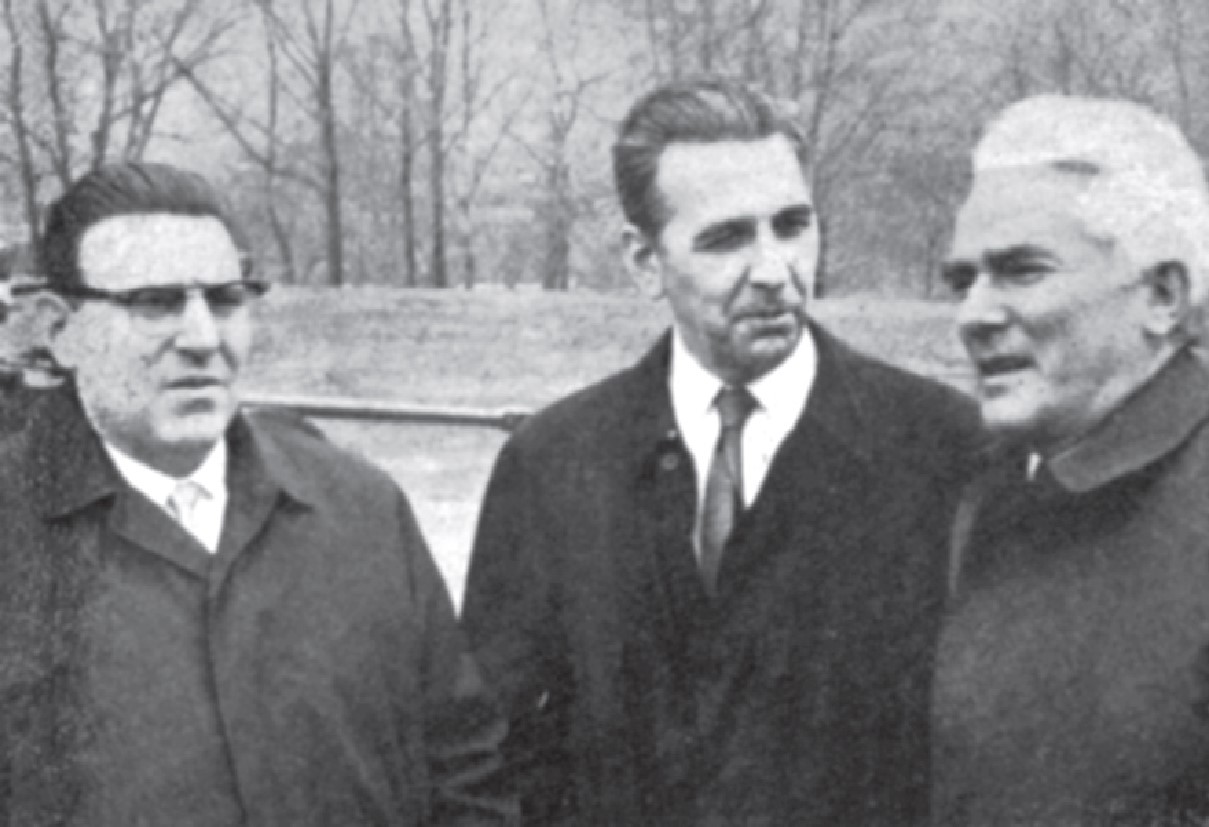 Croatian and American historian Jere (Jerome) Jareb was born in Prvić Šepurina (Croatia) on May 3, 1922, and died in Charlottesville (Virginia, USA) on November 22, 2017. After completing the classics gymnasium in Šibenik, he left the town because Fascist Italy occupied it in September 1941. He moved to Zagreb where he studied at the Faculty of Law. Due to his poor health, he was not recruited into the army of the Independent State of Croatia (NDH). He became a member of the editorial board of the magazine Ustaška mladež (Ustasha Youth), where he wrote historical articles until the end of World War II. In the fall of 1944, he was severely stricken by a bout of tuberculosis in the bone of his right leg, and in July 1947 his leg was amputated. At the beginning of May 1945, instead of the planned hospitalisation, he ended up at the refugee camp in the suburbs of Klagenfurt. He stayed in the camp for three months, after which he was sent to the hospital where he remained until May 1949. In December 1951, he moved to Salzburg to seek an immigration visa to the United States.

In January 1952, he flew to New York, where his father, a pre-war economic emigrant, lived. Jere lived in New York until 1966. He was one of the founders of the Croatian Academy in America, established in 1953, and served as its executive secretary for the first four years, and then later became its president. Along with Karlo Mirth, he was the editor of the Academy's Journal of Croatian Studies, which was founded in 1960. From 1953 to 1995, he was a trustee of the journal Hrvatska revija (Croatian Review). From 1953, he studied history at Columbia University, where he earned his MA in 1958. He concluded his graduate studies, with an emphasis on East-Central European and Western Europe contemporary history, in 1964 by defending a doctoral dissertation entitled "The Adriatic Question from June 1919 to February 1924." During his stay in New York, he constantly acquired books from the homeland that he needed to study Croatian history. Olga Živković, then employed at the Lexicographic Institute, sent him books regularly. When Olga travelled to the United States in 1959, Jere Jareb married her (Matković 2008: 722). From 1963 to 1966, he lectured at Rutgers University (New Jersey), and in 1966 he moved to St. Francis University in Loretto (Pennsylvania), where he lectured on European and world history until his retirement in 1992. From 1968 until his retirement, he was chairman of the University’s History Department.

His best known book, Pola stoljeća hrvatske politike (One-Half Century of Croatian Politics), was initially a critical review of Vladko Maček's memoirs, which were serialized in Hrvatska revija (1959). In 1960, he expanded the text and published it as a book in Buenos Aires in 1960. It was a political history of Croatia from 1895 to 1945, with an emphasis on the history of the Ustasha Movement and the NDH. In that book, he presented a different view of the history of 20th-century Croatian politics than the one that  had prevailed in Croatia and other parts of Yugoslavia. After publishing this book, he became close to the Croatian political emigration. He contacted and interviewed numerous Croatian emigrants, from Vladko Maček, through Juraj Krnjević, Lovro Sušić, to Eugen ‘Dido’ Kvaternik. He also had contacts with historians and other intellectuals from the homeland such as Ljubo Boban, Bogdan Krizman, and Zvonimir Kulundžić. Historians in the country saw his books as valuable and professional works, although they were banned in Yugoslavia. He is also the author of the books Političke uspomene i rad dra Branimira Jelića (Political Memories and Work of Dr Branimir Jelić) published in Cleveland in 1982; Zlato i novac Nezavisne Države Hrvatske izneseni u inozemstvo 1944. i 1945.: dokumentarni prikaz (Gold and money of the Independent State of Croatia taken abroad in 1944 and 1945: Documents) (Zagreb, 1997), and Državno gospodarstveno povjerenstvo Nezavisne Države Hrvatske od kolovoza 1941. do travnja 1945.: dokumentarni prikaz (State Economic Commission of the Independent State of Croatia from August 1941 to April 1945: Documents) (Zagreb, 2001). At the late stage of his career, he was also a corresponding associate of the Croatian Institute of History.

During his academic career, he gathered his collection of books and other publications, which he donated to the Croatian Institute of History in 1997. He has been active in preserving the cultural and historical heritage of Croatian emigrants, so had donated the émigré periodicals to the National and University Library in Zagreb, and the documentation (grey literature) of Croatian emigrants to the Croatian State Archives in Zagreb.

Although he was an anti-communist, he did not join any political organisations nor did he engage in political activism. Jareb acted only on a cultural and academic basis, trying to preserve the legacy of Croatian emigrant communities and explore those spheres and themes in Croatian history such as the history of the NDH which could not be studied freely the communist regime, for only an ideological approach was allowed.