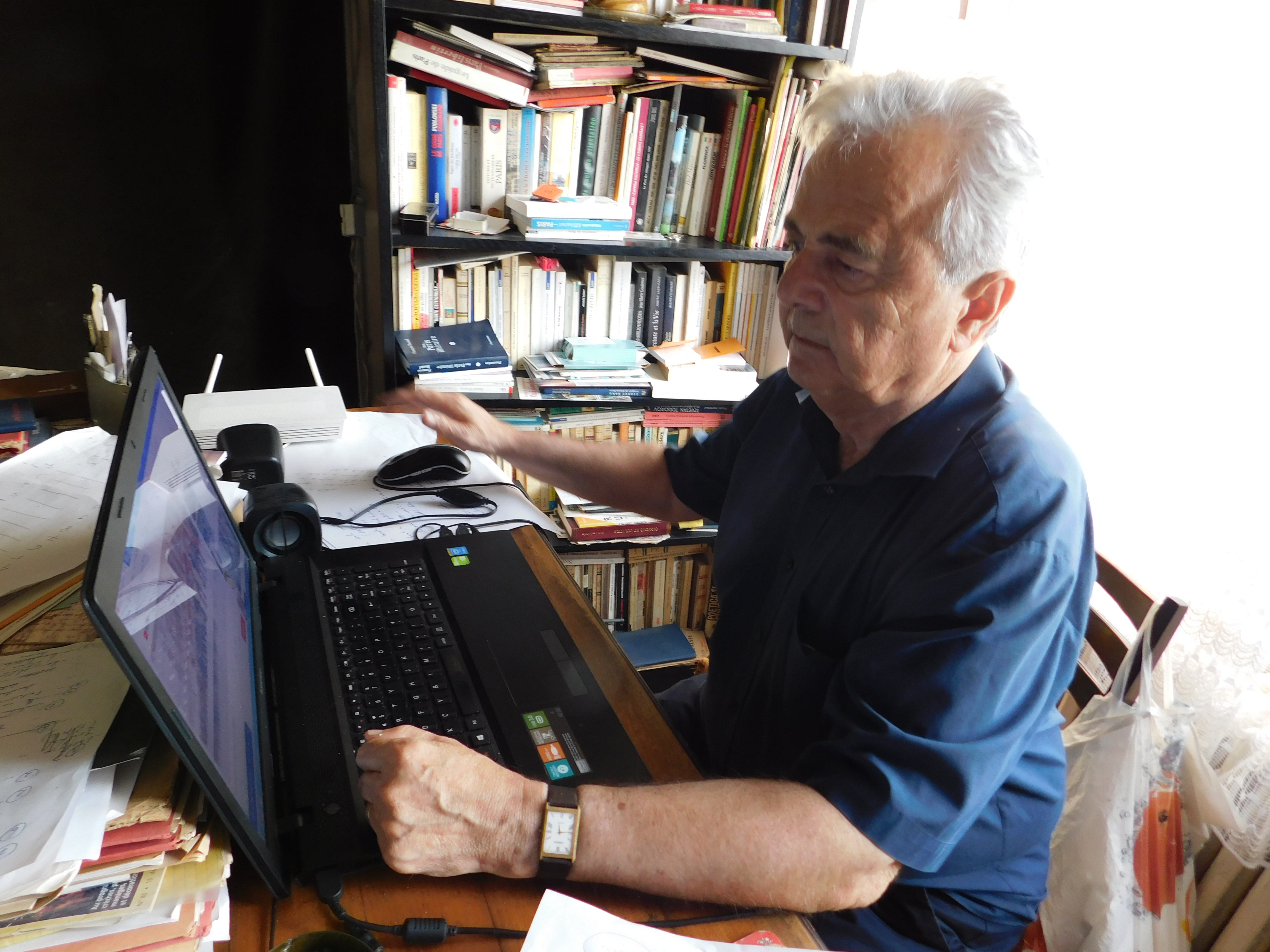 Alexandru Călinescu (b. 5 octombrie 1945, Iași) is a professor, literary historian, literary critic, essayist, and former anticommunist dissident. He studied and then taught French literature in the Faculty of Letters of A.I. Cuza University in Iaşi, and was director of the Mihai Eminescu Central University Library there. He has been a regular contributor to the most prestigious cultural publications in Romania. He currently reads a weekly editorial on Radio Free Europe. In the early 1990s, he was Romanian language assistant at INALCO (Institut national des langues et civilisations orientales) in Paris. In the course of his career, he has published a number of volumes of literary criticism, literary history, and essays. Among these may be mentioned: : Anton Holban - Complexul lucidității (Anton Holban: the complex of lucidity, 1972), Caragiale sau vârsta modernă a literaturii (Caragiale or the modern age of literature, 1976), Perspective critice (Critical perspectives, 1978), Biblioteci deschise (Open libraries, 1986), Interstiții (Interstices, 1998), Adriana și Europa (Adriana and Europe, 2004), Incursiuni în proza românească (Incursions into Romanian prose, 2004); and Proximități incomode (Uncomfortable proximities, 2006).

Alexandru Călinescu’s professionalism has been rewarded with some of the most prestigious cultural awards in Romania: in addition to the Writers’ Union Prize (1972), awarded for his debut volume, since the fall of communism he has received the Romanian Academy Prize (1990) and the Prize of the Ateneu cultural magazine for his literary critical and historical work. He also holds the Jubilee Medal of the University of Angers, France (1991), the Order of Cultural Merit awarded by the president of Romania (2000), the Palmes Académiques Order conferred by the French government (2000), and the Ordre National du Merite awarded by the president of France (2004). As result of the special cultural links with France that he cultivated assiduously after the fall of communism, Alexandru Călinescu was the special guest of the most well-known maker of cultural programmes for French TV channels, Bernard Pivot, who between 2002 and 2005 made a series of programmes under the title Double je, which were broadcast by France 2 and were dedicated to those outside France who had adopted French culture as their second culture. In his capacity as director of the Central University Library in Iaşi, Alexandru Călinescu took part in the programme Double je spécial Iaşi, which was filmed in the city and broadcast on 21 October 2004.

On the subject of communism, he is very categorical: “I quite simply had a horror of it. I grew up in a family of hundred percent reactionaries, and growing up in that spirit I couldn’t possibly have turned into something of any use to communism.” From the Securitate documents, it emerges that Alexandru Călinescu was under surveillance as early as 1969. As he testifies, he knew how things were, but he didn’t suspect how much they had entered into his life through this daily routine of surveillance: “For me, it was obvious from 1983. But I didn’t realise the scale and intensity of the operation. In 1989, I knew that my life was like a sort of live broadcast for the Securitate. I had been four and eight people around me. And in the days of December 1989, it was at its peak. They were inseparable from me.” Having been followed for two decades by the dismal communist repressive institution, Alexandru Călinescu was one of those who achieved a remarkable professional career after the Ceaușescu regime fell in 1989. Today he is one of the most appreciated and most respected intellectuals working in the humanities in Romania.