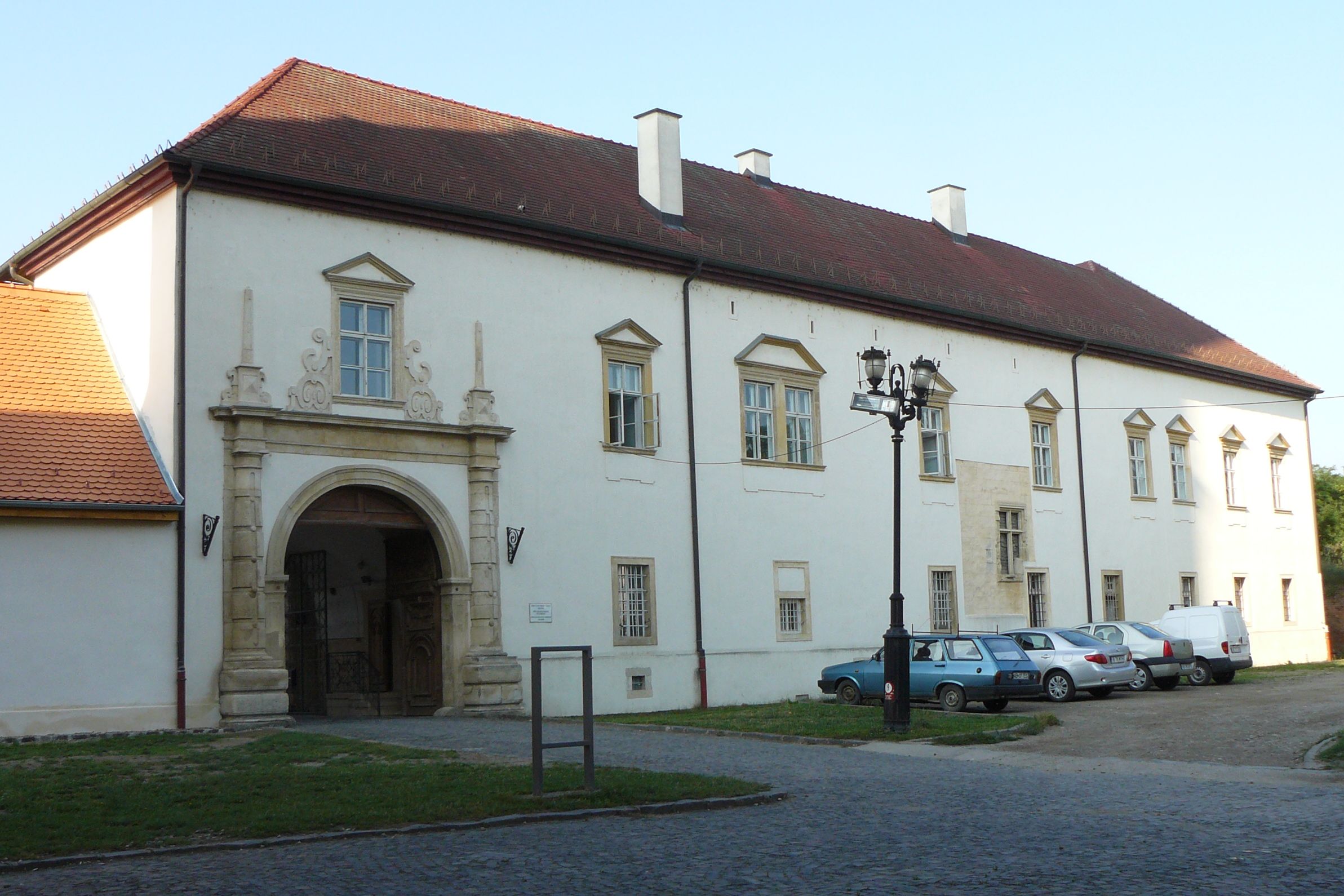 The Transylvanian bishopric founded around the turn of the first millennium played a significant role during the Medieval Age. In this respect both the bishopric and the chapter may have possessed a significant amount of archival materials. Similarly, the archival records of other church centres, the other Hungarian archdioceses and episcopates suffered enormous losses over the centuries. Based on parallels it can be assumed with certainty that a large number of original diplomas were collected also in Alba Iulia. Furthermore, on the basis of the authentic local activity it can also be safely presumed that documents pertaining to the operation of the public authorities in the whole of Transylvania as well as other records related to private-law activity and family deposits were stored up. Besides this public notarial activity, also documents linked to the private properties and operation of the chapter were kept here.

For centuries, the chapter archives were located in the ground-floor hall of the south tower of the cathedral in Alba Iulia. According to the situation in 1940 the chapter archives were situated in three different places: in the Batthyaneum, in the chapter-house (audit-room), and under the southern tower. After World War II, the episcopal archives were reorganised by clerical persons who lacked archival knowledge. As a consequence, documents pertaining to the same subject were accessible in separate places and thus the study of files was rendered practically impossible to the uninitiated.

Following the change of regime in Romania, the idea of rearranging the archives was brought up in the early 1990s by Lajos Cicutti, a retired jurist based in Rome, and the leaders of the Archdiocese of Alba Iulia as well as Hungarian archivists were won over to this cause. In 1997 they initiated the work and a year later the preliminary surveying of the material took place. By the end of October 1998 they drew-up the first detailed arrangement proposal which included suggestions regarding the up-to-date storage of the material. The actual document organisation work was commenced in the spring of 1999 and the Archbishopric Archives of Alba Iulia at that time opened its doors to the general public. At the beginning, the arrangement works proceeded slowly since first they had to properly disinfect the infected part of the stored material. This procedure took place in several stages between December 2000 and April 2001 in the paper restoration laboratory of the Museum in Alba Iulia. The initially basic-level and then predominantly intermediate-level arrangement of the material in Alba Iulia had been completed by the beginning of 2003. Furthermore, in August 2002, the surveying of the archival material of the former Transylvanian Catholic Status was performed in Cluj-Napoca. Also here, the arrangement and survey of the stored records made it necessary to create a proper facility with up-to-date equipment, which had been completed by the summer of the following year.

In 2003 the Chief Diocesan Office launched an archival value-saving programme with the circular written by Archbishop György Jakubinyi. In this regard the stored documents of the parishes existing on the territory of the chief diocese were collected mainly with Hungarian state funding and structured in the district centres of the cathedral deanery. It was at that time that the name of the archives was changed to Archdiocesan Archives of Alba Iulia. So far nine archives have been founded in the following cities: Alba Iulia (2003), Gherla (2005), Sfântu Gheorghe (2005), Târgu Mureș (2005), Gheorgheni (2007), Odorheiu Secuiesc (2008), Gherla (Armenian Catholic 2010), Cluj-Napoca (2011), and Miercurea Ciuc (2016). These archival centres store the systematised, researchable archival files of 80% of the parishes that make up the diocese.

Beside the central Archiepiscopal and Capitular Archives, the Chief Diocesan Archives also include the Archives of the Theological School in Alba Iulia, which are housed in the building of the Seminary, where the records began to be organised in 2004, and the already mentioned Archives of the Transylvanian Catholic Status in Cluj-Napoca, where the arrangement of the archival material was completed by 2005. At the organisation of the diocesan and the status archives, in creating the system of fonds and sub-fonds the archivists had very few examples to guide them. At that time the structuring of Catholic archives in the country was only in few places taken to the level where they could rely on their own experience and repertoires as archival support had not been published anywhere yet. It was an obvious basic principle for them that it would be proper to adapt themselves to the organisation guidelines established in Hungarian Catholic church archives; however, due to the special situation of Transylvania these guidelines could not be fully applied in the course of their work.

So far, on the territory of the Chief Diocese a document file stock measuring 1,800 linear metres has been processed. Out of this, 1,000 linear metres are located in Alba Iulia, consisting of the files of the central offices, while 800 linear metres represent source material of parochial origin, and approximately 300 consist of the archives of church administrative units (archiepiscopate, parish, subsidiary parish). Archival research is facilitated by the five repertoire volumes published so far, which are also accessible in electronic format on the website of the institution.

The Archdiocesan Central Archives in Alba Iulia, the Archiepiscopal and Capitular Archives, which also stores the Áron Márton Memorial Collection, operates in seven renovated and professionally equipped rooms on the ground floor of the metropolitan palace. The premises of 200 m2 stores archival material amounting to approximately 1,000 linear metres which is continuously increasing. Here are stored the historical files of the Episcopal Office, the archival fragments of the advisory body of the Transylvanian bishop, i.e., the Chapter, the church school and economic documents, other valuable collections, such as civil status registrars’ duplicates, personal legacies or diplomas. The files have been arranged in seven fonds, as follows: I. Episcopal Archives; II. Chapter Archives; III. Economic Archives; V. Archives of Other Structures; VI. Personal Legacy; VII. Collections.  The fourth fonds not mentioned here (IV. Fonds group) is the Archives of the Transylvanian Catholic Status which is situated in Cluj-Napoca.