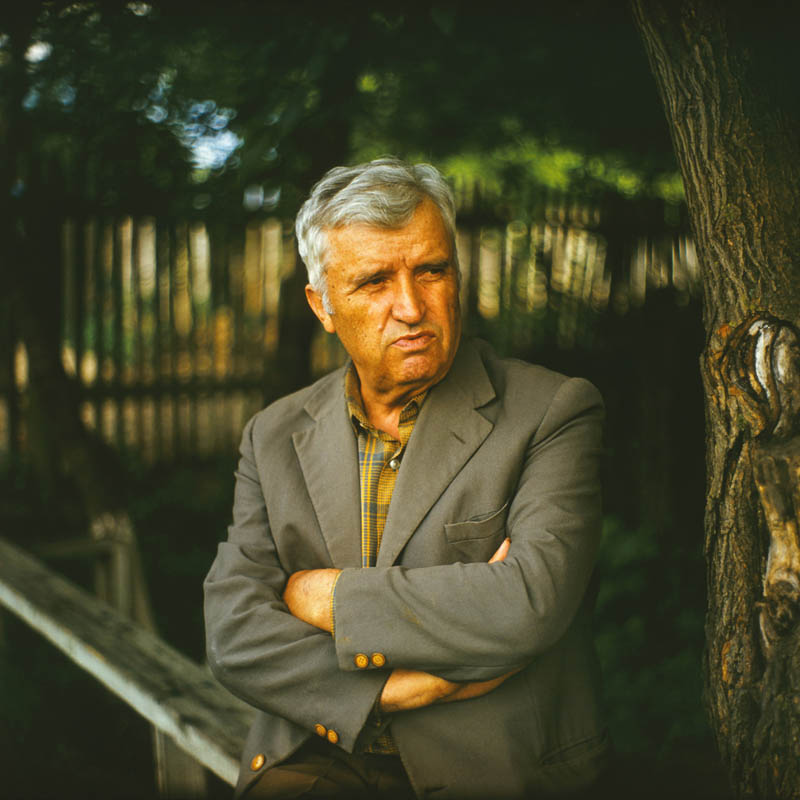 Andrei Lupan (b. 15 February 1912, Mihuleni, Orhei county, then in Romania – d. 24 August 1992, Chișinău) was a poet, playwright, essayist, columnist, and well-known public figure in the Moldavian SSR. He became a member of the Academy of Sciences of the Moldavian SSR in 1961. He was a graduate of the Agricultural School in Cucuruzeni (1929) and of the Viticulture School in Chișinău (1934). In 1935 he became a student of the Faculty of Agronomy of Al. I. Cuza University of Iasi, which was based in Chișinău. He graduated from the Agricultural Institute in Chișinău in 1941, under Soviet rule. During the interwar period, he made his literary debut as a poet, writing in a style close to that of the Romanian poets Tudor Arghezi and Ion Barbu. He became a militant in the Communist movement and, later, a member of the Romanian Communist Party. During World War II, he collaborated with the Moldavian Radio Broadcasting Committee of the MSSR, evacuated to Moscow. After 1945, he served as Chairman of the Steering Committee of the Moldavian Writers' Union. (1946–1955, 1958–1961), as secretary of the Steering Committee of the Writers’ Union of the USSR (1954–1971), as chairman of the Supreme Soviet of the MSSR (1963–1967), and, finally, as deputy chairman of the Presidium of the Supreme Soviet of the MSSR (1967–1971). His irreproachable political loyalty and militant political activity before 1940 were doubled by solid literary credentials, mostly due to his education in interwar Romania. Lupan thus became one of the most trusted collaborators of the regime. At the same time, however, he advocated the rehabilitation of the classic heritage (i.e., the inclusion of the most remarkable Romanian literary and cultural figures in the cultural “pantheon” of the Moldavian SSR and the publication of their works in the MSSR) and a return to Romanian literary standards, allying himself with the “Bessarabian” faction within the MWU. This constant ambiguity was typical of his entire career and caused a number of attacks against him in the late 1980s, mostly coming from the younger “generation of the 1960s.” His open conflict with his younger colleague, Grigore Vieru, which erupted in the late 1980s, reflected the shifting ideological context of Perestroika, as well as deep generational differences. Despite tackling similar issues concerning the language situation and the cultural heritage, the contrasting interpretation of the late 1980s, advocated by Vieru, symbolised a distancing from the regime and from the earlier legacy of the MWU, personified by Lupan. After 1945, Lupan published a number of volumes of poetry, plays, and literary criticism, which mostly followed the Party line or were tolerated by the authorities. In 1988 and 1989, despite his earlier pro-regime views, he came closer to the emerging national movement and supported the initial moderate national-cultural demands of the Popular Front. In August 1989, he delivered a speech in the Supreme Soviet of the MSSR concerning the status of the official language of the MSSR and its shift to the Latin script, supporting the language laws adopted on 31 August 1989. Lupan died in Chișinău on 24 August 1992. He was the recipient of numerous awards during the communist period (notably the USSR State Prize for Literature in 1975 and the titles of Hero of Socialist Labour and People’s Writer of the MSSR in 1982). Lupan’s ambiguous legacy was reflected in the renaming of the Library of the Moldovan Academy of Sciences in his honour in 2007.