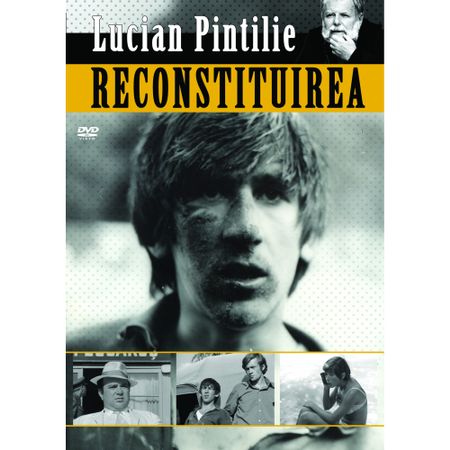 Lucian Pintilie’s Reconstituirea (Re-enactment) was the only Romanian movie to be included among the few selected productions shown in a retrospective screening of the best films of the 1960s during the 52ndBerlin International Festival in February 2002. The Berlin International Festival is one of the most important film festivals, held annually in West Berlin since 1951, and has the largest public attendance of any annual film festival. The retrospective of 1960s films placed Lucian Pintilie among the well-known directors of European cinema, with some of whom he shared the experience of having been banned by communist authorities. The inclusion of Reconstituirea in the film retrospective of 1960s was a tribute and an official acknowledgement of Pintilie’s artistic activity and in particular of this film, which is considered to be if not the best Romanian film at least “Romanian cinema’s unique dissident film.” The first international recognition of Reconstituirea had come a decade earlier, in 1992. On the occasion of its fortieth-anniversary showing at the Locarno Film Festival, the French magazine Positif included Pintilie’s production among the five most representative contemporary films (Nasta 2013, 89, 94–95). Based on a real event fictionalised by the journalist and writer Horia Pătrașcu, the film focuses on an act of juvenile delinquency (two young men got drunk one night and wounded a waiter in a tavern) which is to be re-enacted in order to educate the public on the dangers of consuming alcohol. Insisting on capturing as convincingly as possible the details of the event, the prosecutor of the case compels the two protagonists to fight in front of a camera. The scene ends with one of the young men being fatally injured by the other. Banned by the Romanian authorities in 1969, the film underlines the vulnerability of people living under a communist regime whose arbitrary and coercing power not only controls the destiny of individuals but also destroys their future (Batori 2018, 43-47).