Event (general): Conference on the occasion of the centenary of Vinko Nikolić's birth, 2012 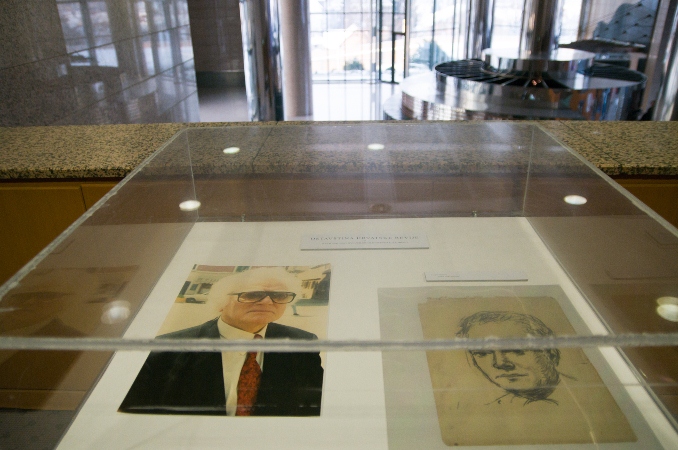 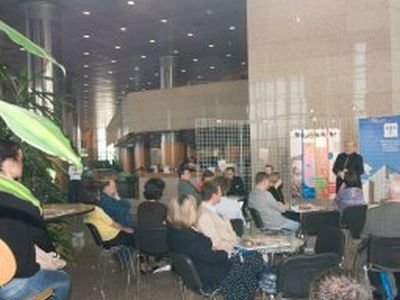 A three-day conference on the émigré journal The Croatian Review was held in the National and University Library in Zagreb from 13 to 15 December 2012. The occasion was the centenary of the birth of Vinko Nikolić (1912-1997), who was its long-time editor-in-chief. As an accompanying event, there was a small exhibition staged under the title “The Croatian Review 1951-1990” displaying the manuscripts and records from the Vinko Nikolić Papers, which also includes the archive of The Croatian Review and have been held in the Manuscript and Old Book Collection since 1991.

The conference itself had been announced in the media as a very important cultural event, which was co-organised by a number of leading scholarly and cultural institutions such as the Croatian Writers’ Association, Matica hrvatska, the Croatian Language and Literature Department at the Faculty of Philosophy in Zagreb, the Croatian Institute of History, the Ivo Pilar Institute of Social Sciences, the Croatian Heritage Foundation, and the National and University Library in Zagreb. One of the main goals of the conference was to find an answer to the question about the current attitude toward the valuable diaspora heritage. The main topics of discussion were “Culture and Freedom,” “ A Dialogue with the Homeland,” and “The Diaspora Legacy and Future”.

The participants pointed out that the programme of Croatian Review was visible already in the first issue and was immediately promoted as a “free and independent cultural press” without political preferences (especially totalitarian, because Ante Pavelić’s Ustasha regime had been criticised to the same extent as the Yugoslav communism). The review’s proclaimed mission was to be in service of Croatia and to help the struggle for the state’s independence and cultural unity. These objectives had been achieved when The Croatian Review was brought back to Croatia, which meant the end of the division between the diaspora and homeland literature. However, according to Martina Lončar, who reviewed this conference for Vijenac, the low attendance and numerous cancelled participants convinced the organisers that diaspora literature and heritage had been on the fringe of public interest and that the attitude toward this type of literary heritage had been extremely “superficial and commemorative”. Younger scholars and students were called upon to deal more with the literary achievements of The Croatian Review and of Vinko Nikolić’s “émigré pen .”