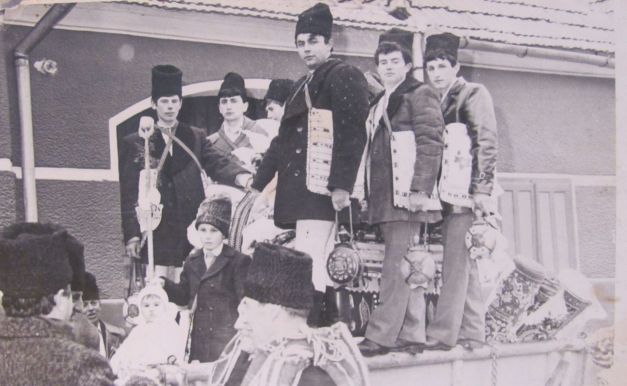 From the 1960s to the 1980s, Cornel Irimie, together with museologists, ethnographers, and photographers working at the Brukenthal Museum in Sibiu, conducted ethnographic research on the civilisation of the Romanian villages that suffered as a result of forced collectivisation in the period 1949–62. This process dismantled the social structure of the Romanian village and produced great changes in the lifestyle of the peasantry (Kligman and Verdery 2011, 2). An exception to the rule were the shepherd villages that had been less or not at all affected by collectivisation. This is the case of villages in the area of Mărginimea Sibiului, at the foot of the Carpathian Mountains, west of the city of Sibiu.
The research conducted by Irimie and his team in this area in the first half of the 1960s reveals the spiritual universe of shepherd communities in communist Romania. Its result was the German-language study “Neue Forschungen zum Hirtenwesen der Rumänen mit einer Darstellung der Mărginimea Sibiului als einer typischen Zone” (New Research on the Pastoral Life of Romanians with the Case Study of Mărginimea Sibiului as a Typical Area) written in December 1964. The study has twenty-nine typewritten pages and is divided into five chapters. The first chapter deals with the history of shepherding in the Romanian space and the biographical references on the topic, the second with the toponyms of shepherd villages in Mărginimea Sibiului and their origins, the third with forms of habitation in the shepherd villages of this area, the fourth with wool-processing techniques, and the fifth with religious beliefs and customs specific to shepherds. Within the latter topic, Irimie analyses the symbolism of the lamb within the religious universe of shepherds, and how this symbolism is present in customs during Easter celebrations. Research on certain religious practices from a sociological and ethnographic perspective, as in this study, was an activity that ran counter to the communist regime’s official policies. The authorities were always careful to describe religious practices in the Romanian rural world in negative terms, calling them reminiscences of rural backwardness.

Archives of the ASTRA Museum, Collection Cornel Irimie, File no. 102.