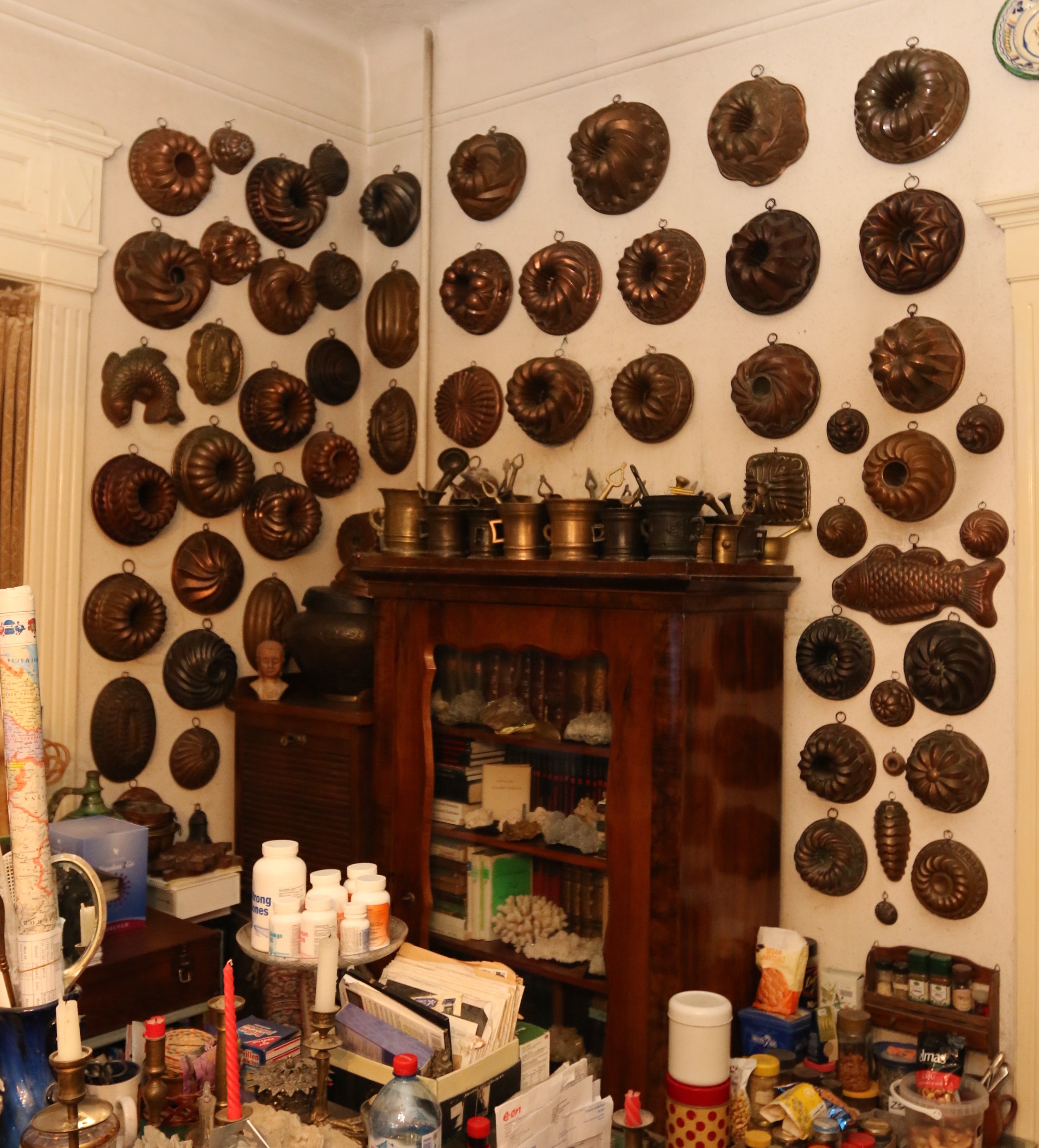 This collection includes more than one hundred pieces, of various sizes, of cake forms and tube pans, which date from the nineteenth and twentieth centuries. Such items are emblematic for the Hungarian folk art and craft works. They represent two types of objects: of practical use and of decorative purposes. Traditionally made cakes used to be pressed and baked in these brass or copper objects. These cakes were an obligatory presence during the Christmas celebrations in Hungarian villages, which the atheist communist regime strongly discouraged. These forms could have been used only in clay lined bake ovens, so their practical purpose was already vanishing away, once the communist modernisation fundamentally changed, beginning with the 1960s, all rural areas of Romania. Also, these forms were handcrafted in long-vanished workshops by coppersmiths who used the traditional techniques of working these soft metals. In short, these copper and brass objects are symbols of the Hungarian traditions of arts and crafts in Transylvania, which the Romanian communist regime had little interest to preserve. Without the private initiative of Countess Bethlen, most of them would not have survived until the present day.