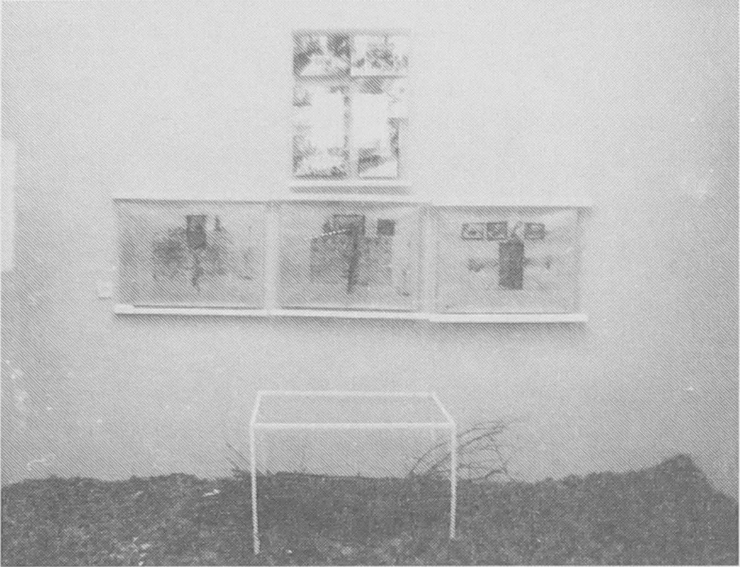 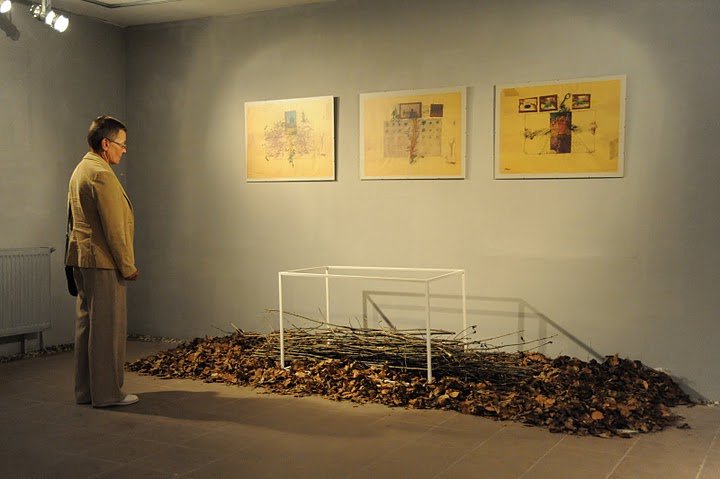 The Chances of Survival is the title of the three preparatory graphics and an installation presented on the first Medium exhibition as an installation. The date of the work is very important. In 1981, people from Transylvania had started leaving Romania due to the worsening living standards and the ethnic harassment suffered by people who belonged to the non-Romanian minority groups.

Baász, who has always been against emigration, thematized this process through his central work. The message was personal and universal at the same time. On one hand, by 1981, most of Baász’s friends had left Romania. On the other, the life of a minority society cannot and should not be compared with the life of the majority society, therefore the minorities should not concentrate on blending in .

The main motive of the works was a real-life fascine guarded by a white cage; it also included six photographs and three photocopies all showing the fascines. The installation used a photo taken at the funeral of philosopher Antal Kapusi showing six men. Baász distorted and scrabbled the images of the people who had already left the country.