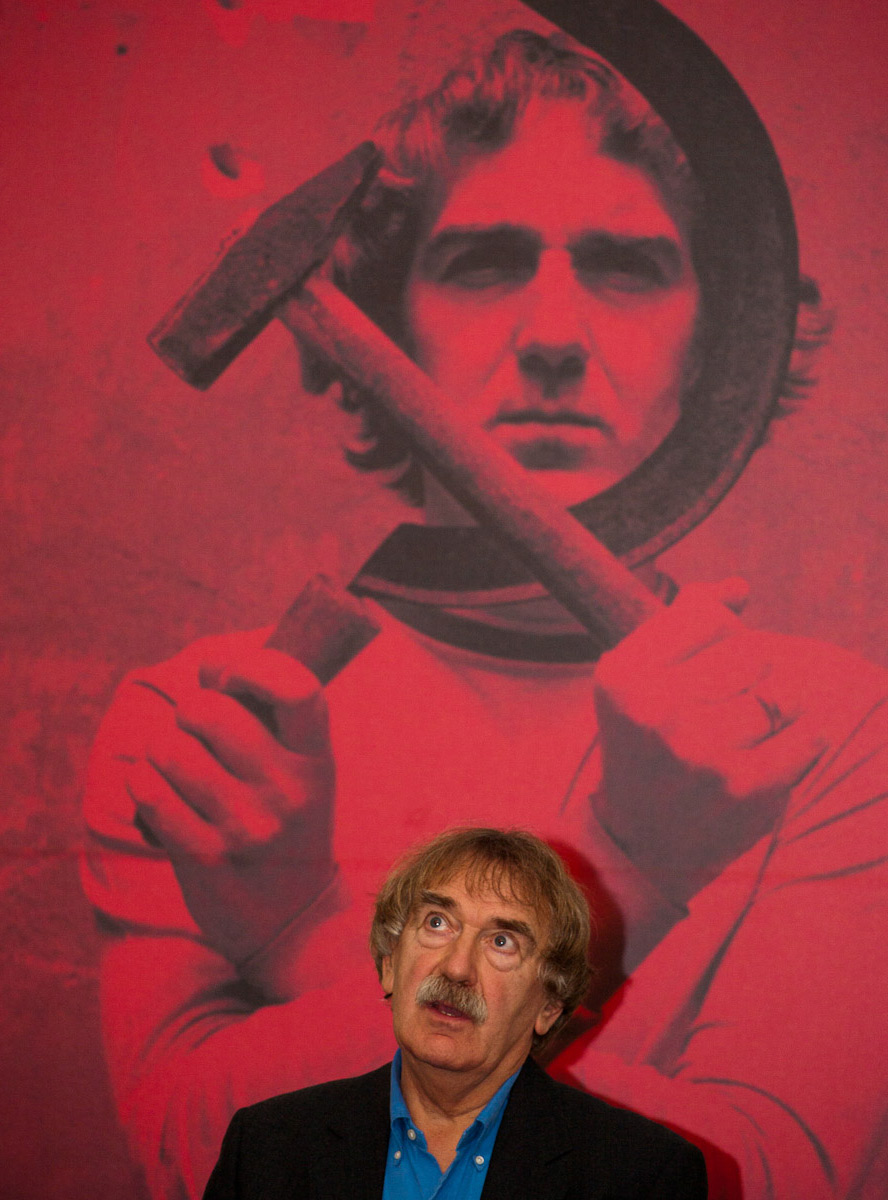 Graphic designer, painter. He studied at the Teachers’ Training College in Pécs between 1966 and 1970. Since then, he has lived and worked in Pécs. He was a founding member of Pécsi Műhely [the Pécs Workshop]. Between 1969 and 1977, he worked as a graphic designer at the Janus Pannonius Museum, and between 1977 and 1999, he was the leader of the Pécsi Gallery. in 1999, he became a docent at the Janus Pannonius University Faculty of Arts, and between 2001 and 2005, he served as the director of the Institute of Visual Arts. Reduction and emblematic execution are characteristic of his work. At the beginning of his career, he was influenced by seriality and photo-usage of conceptual art. Over the course of the years, he developed a special set of motives, conceiving his works as part of a personal, socially determined individual mythology (sickle, hammer, cobblestone, star, pepper, lamb, pig, goose, fish, red, white, and green, which are the colors of the Hungarian flag) and giving them new, ironic, or transformative significance. He made silkscreen prints, enamel paintings, and analytical and conceptual photos, and he was involved in land art projects. In the 1980s, he began creating installations and canvas-based paintings. In this latter format, he often rehashing the motifs and themes of earlier works.