Ha minden jól megy [’If everything goes well’. A literary anthology of the authors supported by the Soros Foundation–Hungary], 1994. Book 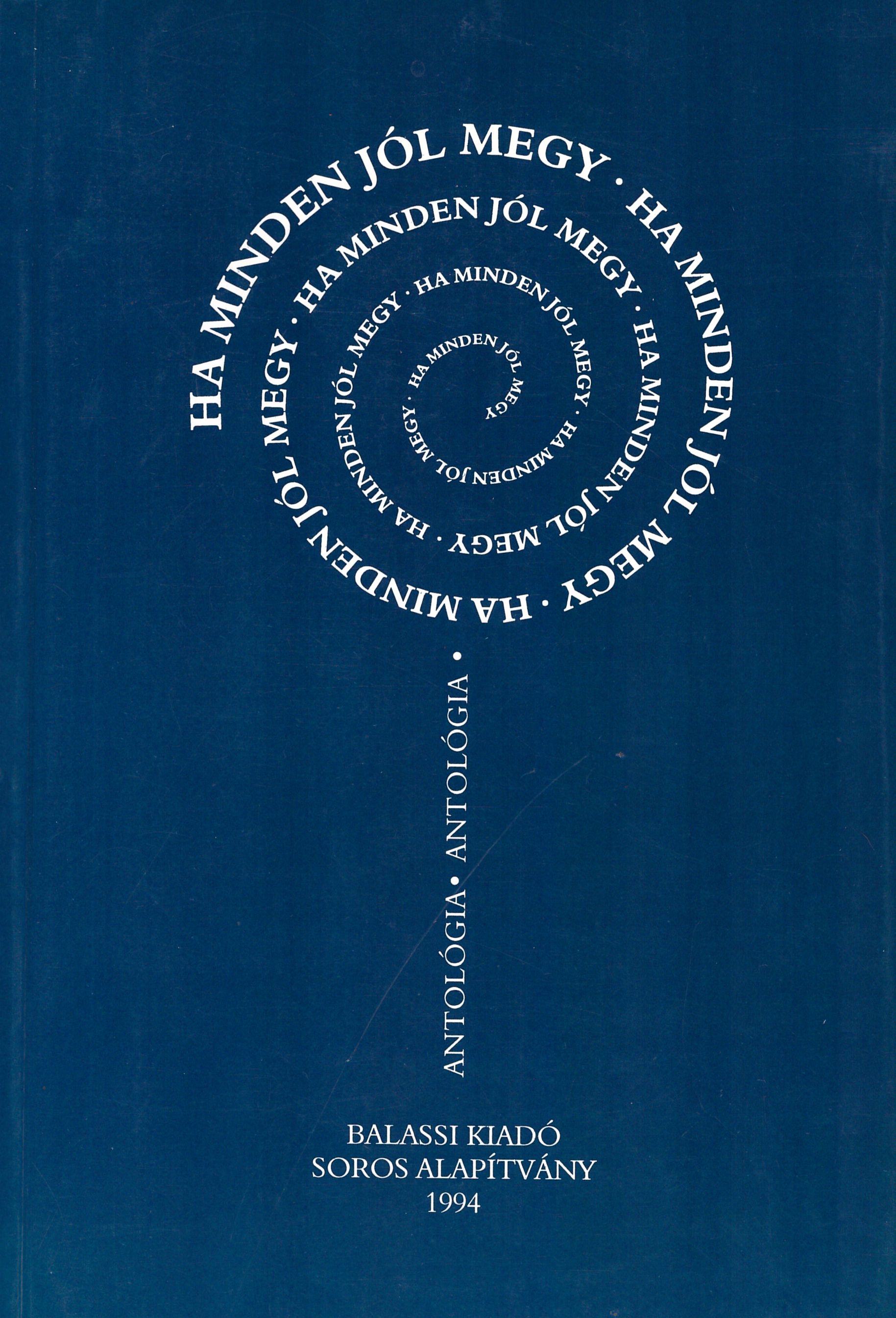 From the outset, one of the main aims and preferred profiles of the Soros Foundation Hungary (HSF), was to provide support for contemporary Hungarian literature through the numerous grants and prizes offered for writers and literary scholars as well as the largescale system of support for book publishers, periodicals, and libraries following 1989–1990. The jubilary anthology of works by 58 writers, which enjoyed the support of the Foundation, was launched to mark the 10th anniversary in order to represent the versatile values of this literary heritage, with a forward by novelist Miklós Mészöly and the title by Péter Esterházy: Ha minden jól megy / If Everything Goes Well on Its Way. It was published in 1994, more or less at the halftime of Soros Foundation Hungary’s support for Hungarian literature, by a new Budapest scholarly publisher, the Balassi Publishing House.

In fact, this special project of literary grants and other forms of support was originally intended to be but a modest experiment to determine whether an alternative patronage system based on private donations by George Soros could work more or less independently outside the prevailing system of communist cultural policy. The call for grant applications was announced, and in early 1985, an advisory board was formed of four devoted middle-aged experts: Miklós Almási, Mátyás Domokos, Ottó Orbán, and Endre Török, chaired by a widely respected senior poet and essayist, István Vas. It was quite clear from the outset that the process of selecting the grantees required considerable attention to detail, and results could only be achieved step by step. Therefore, most of the successful applicants were recruited from among authors who had not been banned or supported by the regime, but rather had simply been tolerated. Dissident writers, who by that time published their works mostly in samizdats, or writers who were more radically critical (such as intransigent poet György Petri) were repeatedly denied support by the party through the co-chairman of Soros Foundation Hungary, an apparatchik who represented the Hungarian Academy of Science. Still, some dissidents were able to secure support later, such as György Berkovits, Zsolt Csalog, János Kenedi, and Sándor Radnóti.

1989 and 1990 brought major changes. The advisory board was renewed and divided into two separate juries: one responsible for belle lettres, another for literary scientific support. Instead of grants, a system of literary prizes was established named after Hungarian nineteenth-century and twentieth-century classic authors, like Endre Ady, Lajos Kassák, Dezső Kosztolányi, Gyula Krúdy, Imre Madách, Sándor Weöres, etc. Furthermore, a set of new projects was launched to provide direct support for literary publishers, periodicals, and libraries throughout the country. During the first ten years (i.e. up until 1994) of the Soros literary patronage program, altogether 330 grantees and 50 prize-winners were given support. Most of them were original, middle-aged talents, including several Hungarian poets and novelists from Romania, Yugoslavia, and Czechoslovakia, such as Lajos Grendel, Elemér Horváth, István Szilágyi, Ottó Tolnai, János Székely, Árpád Tőzsér, and László Végel.