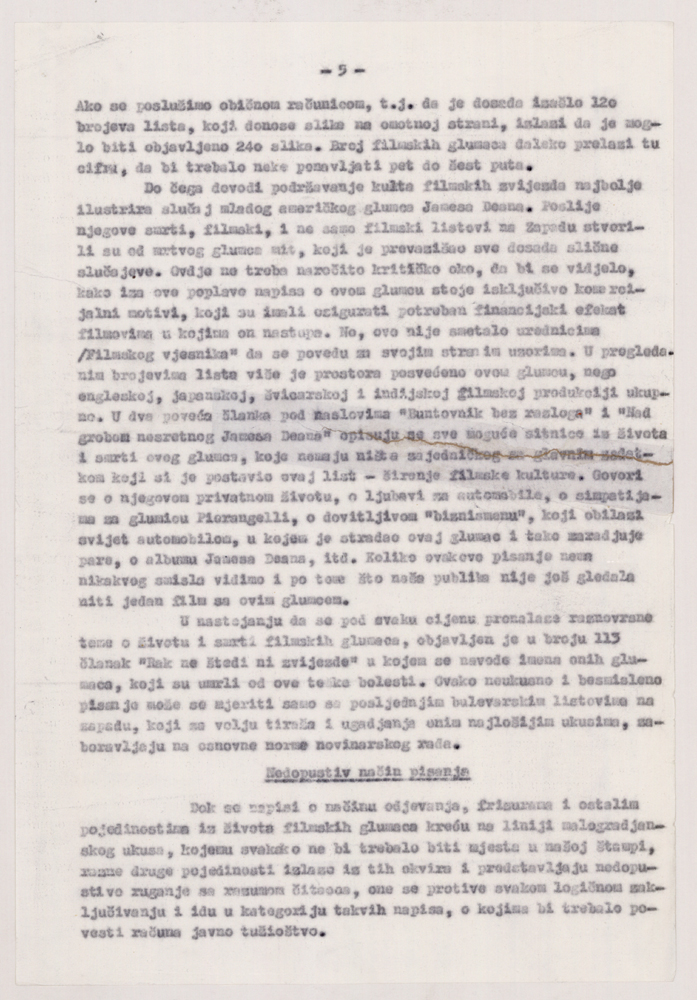 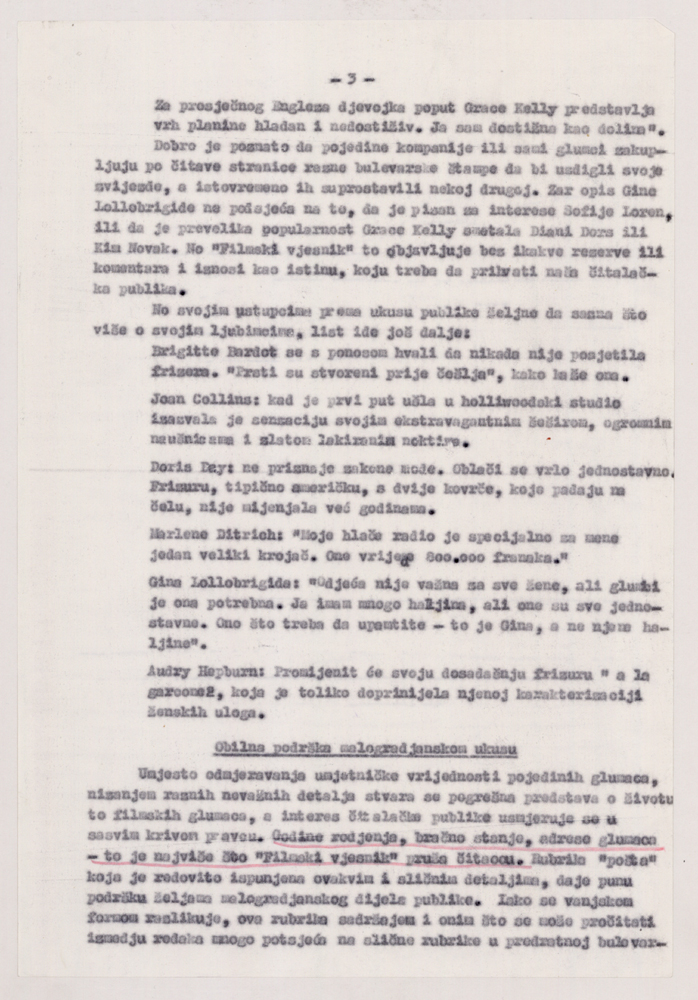 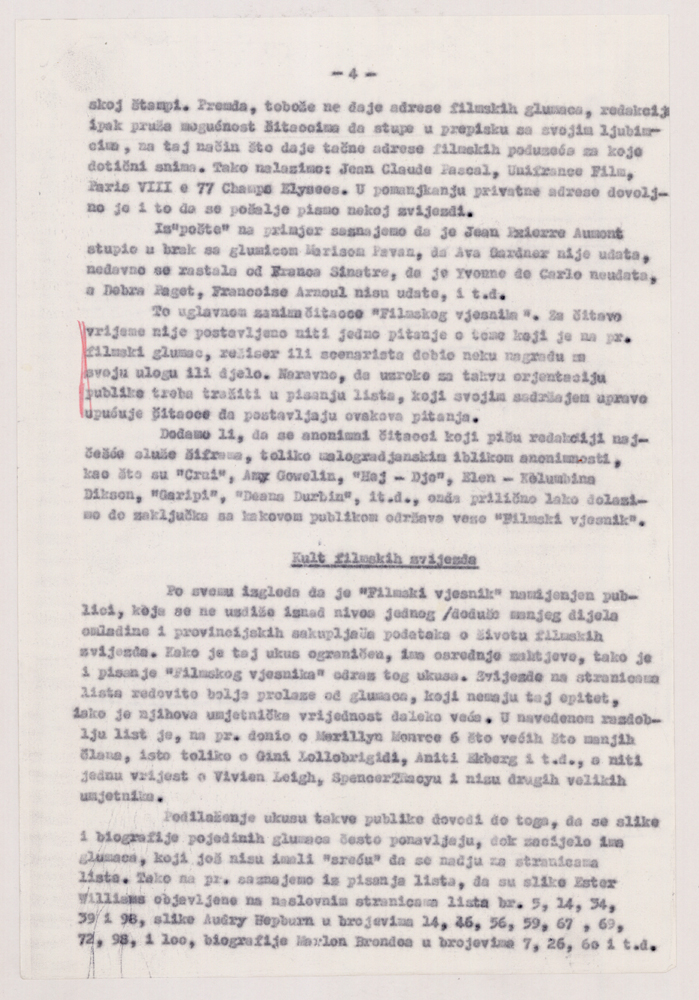 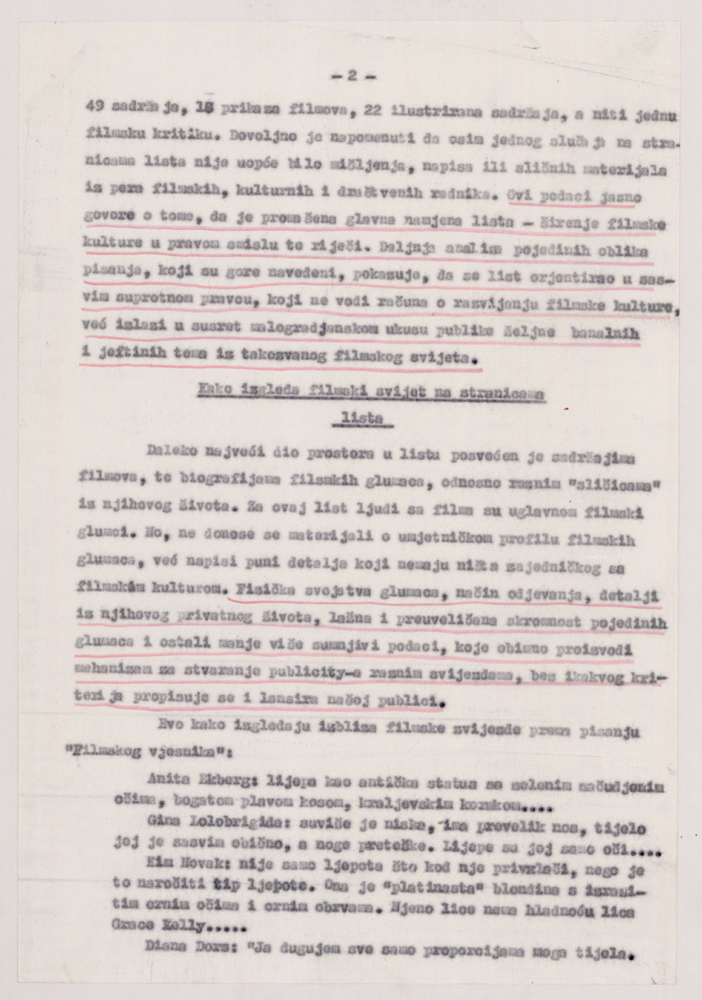 This analysis is part of the more extensive material that was sent to the Central Committee of the People's Youth of Croatia (PYC) by the Presidium of the Main Committee of the Socialist Alliance of the Working People of Croatia (SAWPC) on the forthcoming conference on problems of film releases and the columns of weekly and daily newspapers. The document analyses in detail the writing of the magazine Film News, published by Croatia-film, based on categories of articles, from June to December 1956. The opinion on the magazine was not good, and it was suggested that the paper did not contribute to "expanding of the film culture" but rather "meets the bourgeois taste of the audience" and also completely excludes film criticism. The negative role of the magazine was emphasized, as well as the erroneous formation of the public's cinematic education because of the preference for American productions, sensationalism and writing about movie stars, "spreading an atmosphere unsuited to our reality", publishing articles ideologically contrary to "our perceptions" and neglecting domestic film themes. Since the magazine was intended for young people, it was suggested that it should thoroughly change its writing style or cease to exist in this form. The content of the analysis argues in large part that the writing of the magazine was inappropriate to the authorities and therefore changing or abolishing the magazine was proposed.