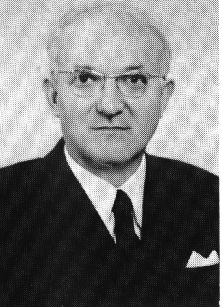 Károly Varga was born in Hosszúhetény on 7 October 1932. His mother was a midwife, his father worked in a mine. Károly Varga attended grammar school in Hosszúhetény and then in Pécsvárad. When he turned 10, he began studying at the Jesuit’s Pius Main Gymnasium in Pécs. After the nationalization of Church-based schools (1948), he was quickly expelled from school in 1949 because he did not clap to rhythm of the regime led by Mátyás Rákosi, the Communist dictator. For instance, he refused to sign a school petition demanding the arrest of Cardinal József Mindszenty. However, he graduated from the Nagy Lajos High School in Pécs in 1951 thanks to the support of the well-intentioned school director.

He graduated from the Academy of Pedagogy in Pécs in 1956. He became a Hungarian and later a German teacher. He already suffered from serious disease. He had tuberculosis, and his right lung was removed in 1959. He went to the Korányi Sanatorium in Budapest for treatment, where he met Borbála Varga (born in Szécsény). They married in July 1960. They started their lives together in Komló, which was a communist mining town. They had two sons: Péter Pius was born in 1961, Károly József in 1962. The boys graduated at the Pannonhalma Benedictine College.

The family had a difficult life in Komló. Károly Varga, as a Hungarian-German teacher, worked at the local Grammar School of Gesztenyés. Borbála Varga first got a job in the Surgical Department of the Town Hospital, but after the birth of their first son, she worked as a nurse until her retirement.

On the 7 June 1967, police captain Zsigmond Adrián and police major István Major searched Károly Varga’s home. They found and confiscated some hand-written translations from books including, writings by Belgian Jesuit monk Fernand Lelotte (“Man speaking with God,” “Worldview Orientation”) and the “White Rose” by Inge Scholl, which was about German youngsters who resisted Hitler’s regime. These writings were considered “dangerous” by the authorities. The police also seized 34 hand-written and typed letters and 5 books in German. Károly Varga was questioned as a suspect by the Political Office of the Baranya County Police Main Department on 7 June 1967, and he was indicted as a member in the case against László Bolváry. Bolváry was accused of having translated books from West Germany, which he had been typing and disseminating without permission since 1964.

Károly Vargha call for a short time, but his superiors ordered him to use his disability pension because of his illness, so he had to stop teaching in school. He supplemented his pitiful pension with money he earned by teaching German privately. His writings began to be published in 1968, at first in Új Ember (“New Man”) and then in Vigilia. At the suggestion of the chief editor, he used his birth-village’s name for differentiation and started to publish as Hetényi Varga Károly.

He was awarded the Sándor Petőfi Press Freedom Award by the Alliance of Hungarian Journalists on 15 March 2001. He had many research plans and dreams, but his acute illness defeated him and he died on 2 January 2002 in Pécs. He awarded the Pro Ecclesia Hungariae Award posthumously by the Hungarian Catholic Bishops’ Conference on 7 June 2007. He was awarded the Hungarian Heritage Award in September 2012.

A memorial plaque was unveiled on the wall of Hetényi’s former home at Pécsvárad in 2005. In 2012, a memorial tablet was put on the house in which he was born in Hosszúhetény. On the 5th anniversary of his death, the Historical Archives of the Hungarian State Security, the Ödön Lénárd Common Foundation, and the Church Historical Institute of Pécs organized an academic memory conference dedicated to him.