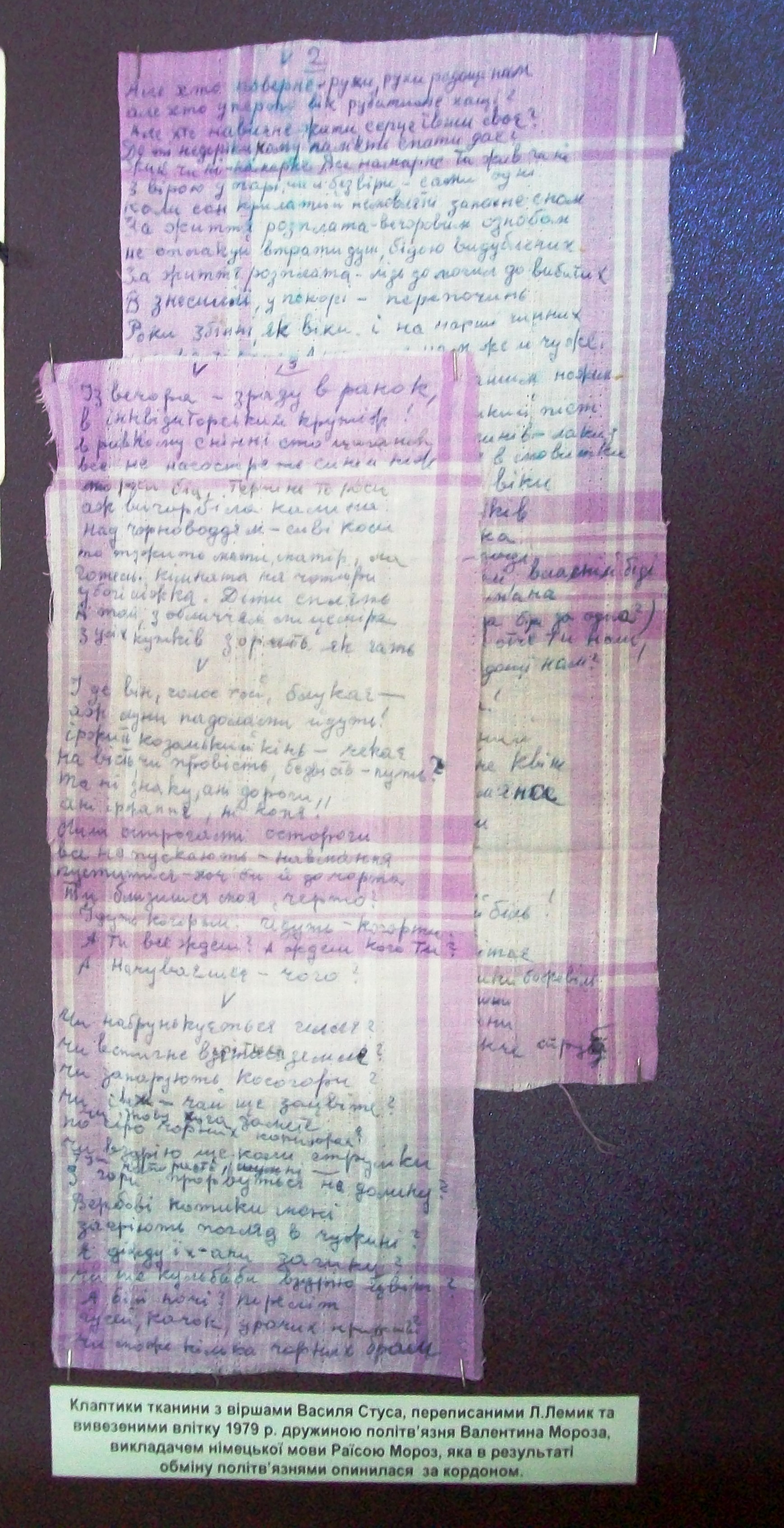 All roads in the Ukrainian archives seem to lead to Vasyl Stus, one of the most prominent poets of the sixtiers generation. He was a central figure in samizdat circles, though his works were largely unknown to the larger public until the late 1980s. This item has a particularly unusual trajectory, as it was smuggled out of Soviet Ukraine by Raisa Moroz. Liuba Vozniak-Lemyk copied by hand five of Stus’ poems on two pieces of cloth and then Moroz sewed them into the wide skirt she would wear as she left the Soviet Union. Vozniak-Lemyk was a member of the Ukrainian underground, sentenced in 1948 to 25 years of hard labor in Siberia, but was amnestied in 1956. Moroz was a human rights activist married to one of the most prominent Ukrainian political prisoners of the Brezhnev era—Valentyn Moroz. On April 27, 1979, he was released unexpectedly from a Mordovian prison, as part of a spectacular exchange of five political prisoners for two Soviet spies that took place at JFK Airport in New York. None of the prisoners knew about the planned exchange nor been asked for their consent. They thought they were having their citizenship revoked and being deported. Raisa was also allowed to leave the Soviet Union as part of this exchange. These poems were published in the Munich-based émigré journal Suchasnist in Ukrainian in December 1979.