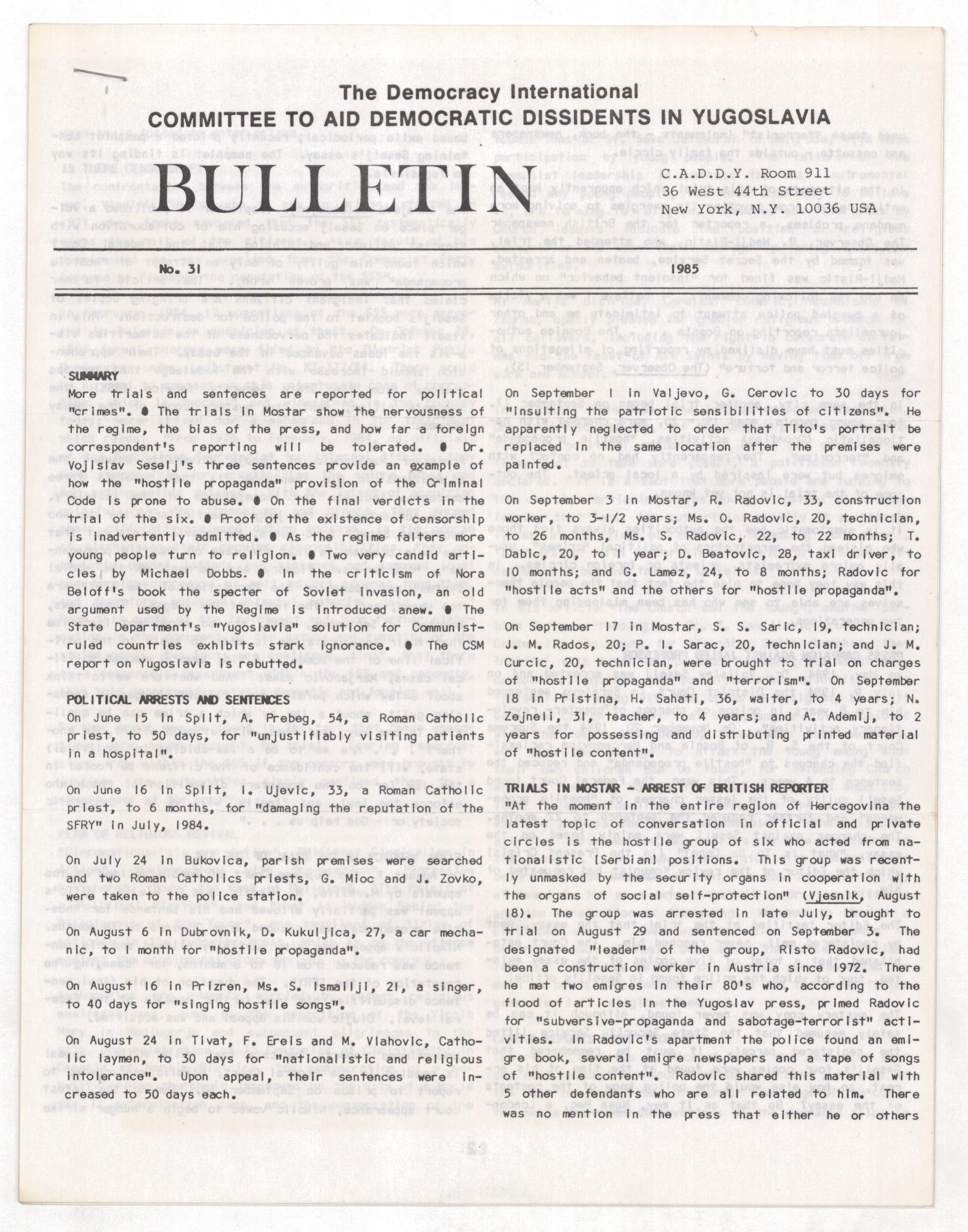 The Committee to Aid Democratic Dissidents in Yugoslavia was the organization which Mihajlo Mihajlov founded in May 1980, in New York. The vice-presidents at the time were Franjo Tuđman and Milovan Đilas. The Committee bulletin was printed monthly, and covered issues on Yugoslavia, the repression by the regime, arrests and trials of its political opponents. It dealt with the status of human rights in Yugoslavia during 1980s. This bulletin is kept at the redaction of the Democracy International.