Classroom samizdat of the Classical School in Zagreb,1989.Manuscript 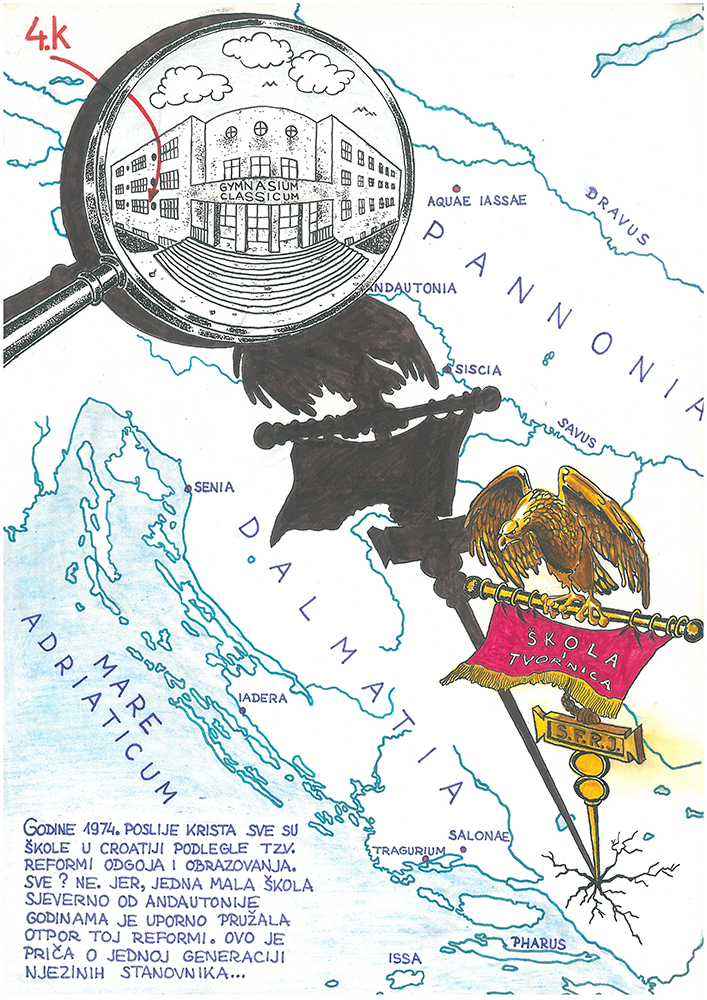 The cover of the classroom samizdat  was designed for the matriculation of students from class 4K in 1989. It parodies the exceptional case of the Educational Centre for Languages, which retained the teaching of Latin and Greek despite the Šuvar school reforms by using the very popular comic strip Asterix.

The cartoon paraphrases the first sentences of the popular comic: “In the year 1974 AD, all schools in Croatia were subject to the so-called Education Reform . All? Well, not entirely. One small school north of Andautonia [an ancient Roman town near Zagreb] has been mounting resistance to this reform persistently for years. This is a story about a generation of its dwellers…“

The victorious Roman eagle carries a flag with Šuvar's slogan “School and factory” and beneath it there is a plaque, which instead of the Latin SPQR (senatus populusque Romanus) carries the abbreviation for Yugoslavia, that is, SFRJ (Socijalistička Federativna Republika Jugoslavija).