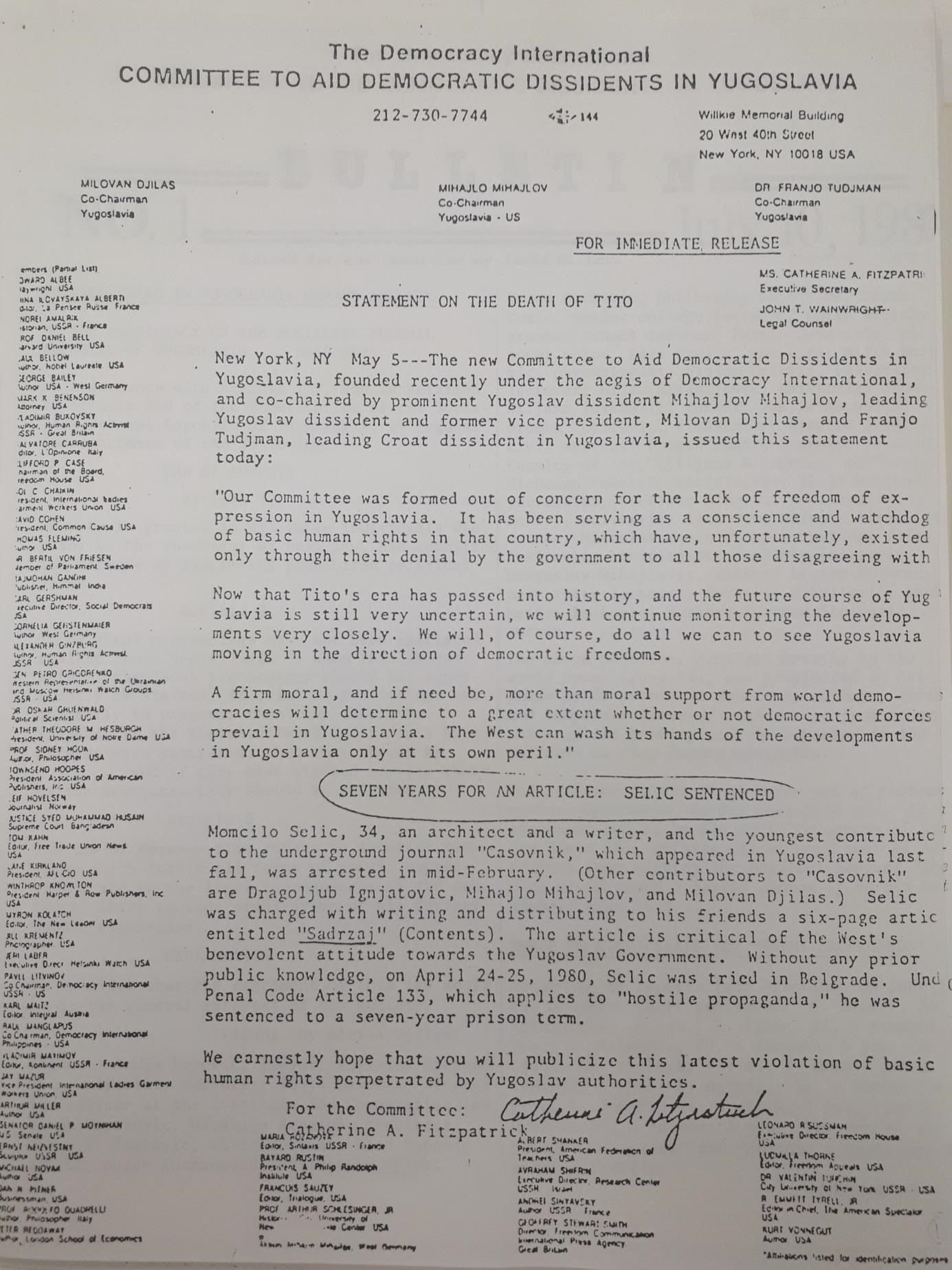 The first issue of the bulletin of the Committee to Aid Democratic Dissidents in Yugoslavia (CADDY) was published immediately after Tito's death in early May 1980. This committee was headed by Mihajlo Mihajlov in cooperation with two dissidents, the most famous Yugoslav dissident and Tito’s former closest associate Milovan Đilas, and former Yugoslav Army general but later leading Croatian dissident Franjo Tudjman. Through the Democracy International organization, Mihajlov took the initiative to set up such a committee and organize a bi-monthly bulletin that would provide information on dissident movements in Yugoslavia in English, intended for the American and international public.

The first issue of the CADDY bulletin contained, besides a report on Tito's death (a major turning point in Yugoslav history), a brief outline of the committee's mission statement: “Our committee is formed out of concern for the lack of the freedom of expression in Yugoslavia. It is to serve as the conscience and guardian of fundamental human rights in that country, which exists only as their negation since the regime persecutes all those who disagree with it” (Rusko Matulic Papers, box 3).