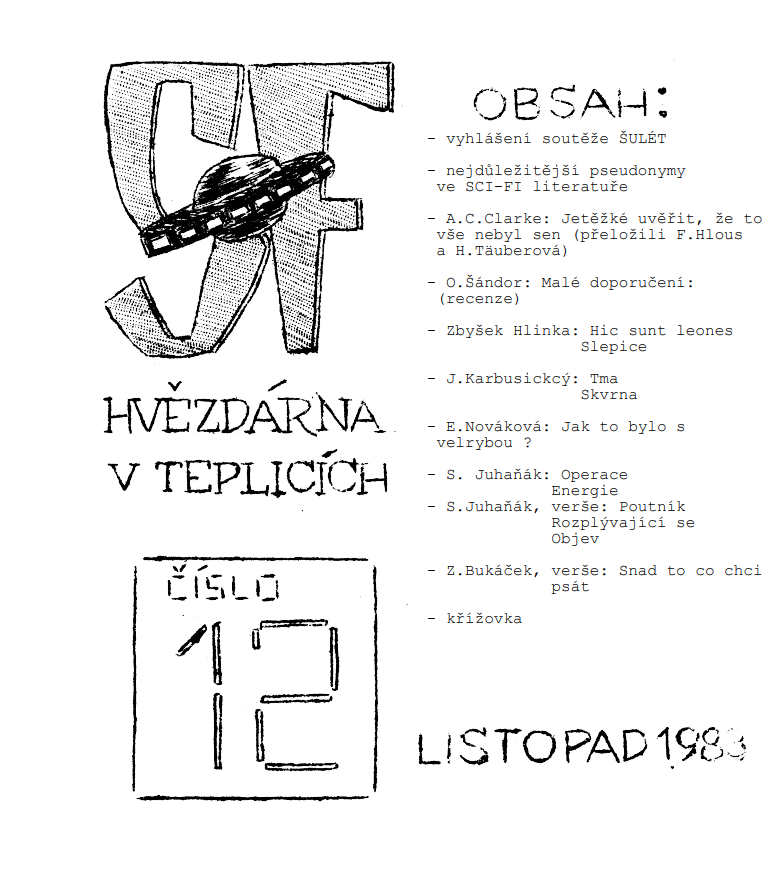 The twelfth issue of the “Sci-fi magazine” was published in Teplice in 1983 and was the last to be published by the sci-fi club in Teplice. In this issue, a religious story was published that caused the founder to prohibit further publishing of the magazine, which in the short term led to the club being closed. It was probably due to the story of Eva Novakova, which she called "How It Was with the Whale" and refers to the Old Testament story of Jonah and the Whale. This event did not slow the activity of others, rather the fanzines grew throughout the country.