Only the Forbidden Newspapers Will be Remembered 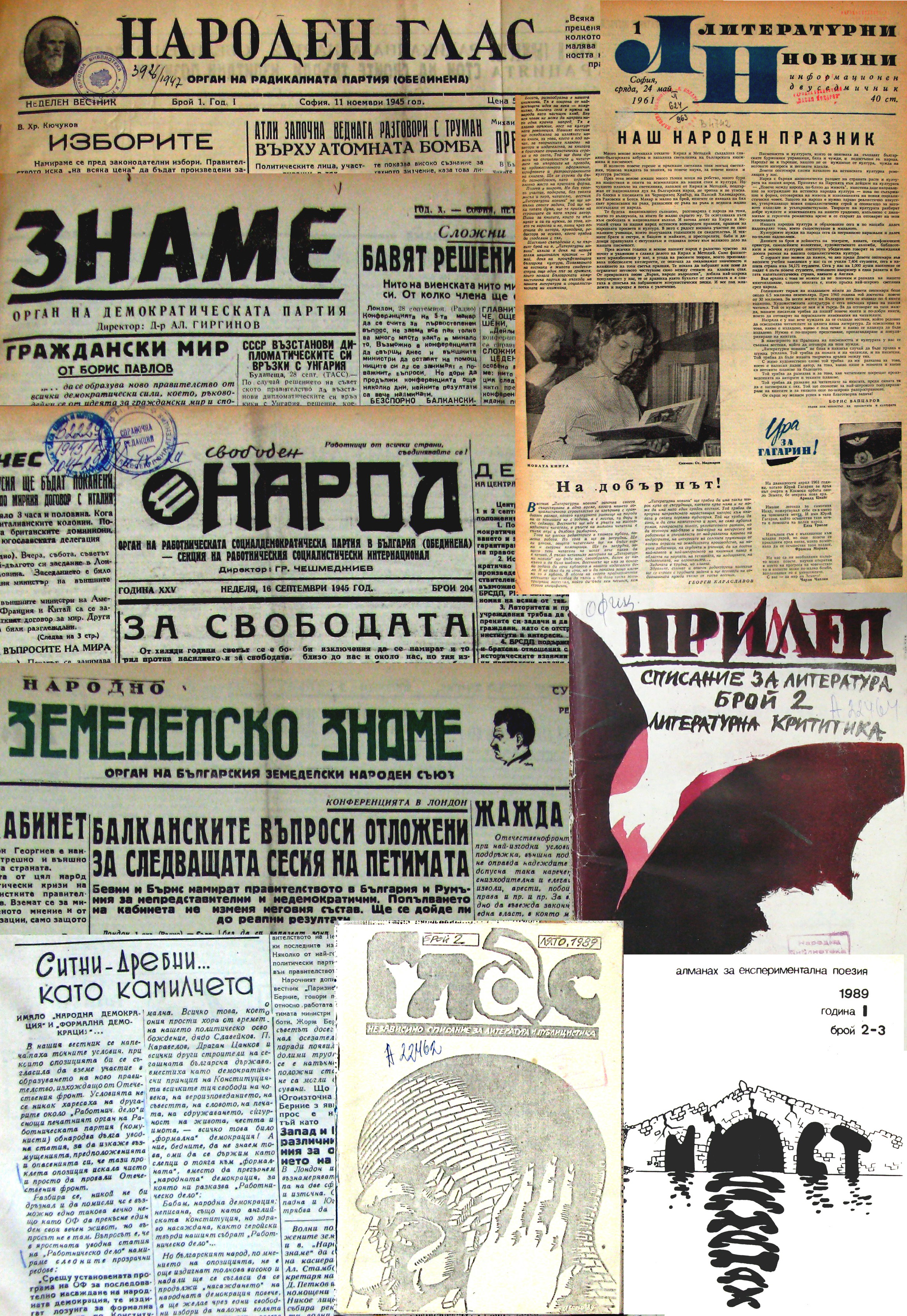 The collection "Only the Forbidden Newspapers Remain in History!" (Stefan Prodev) is one of the many collections of funds of the National Library "St. Cyril and St. Methodius "(NBCM), containing rich and diverse materials for and from the socialist period.

The newspapers and magazines presented in the collection show the possible forms of opposition by journalists and authors; the ways in which questions of freedom of the press were raised; the attempts to circumvent censorship and to rise critical issues on the regime; to develop new insights into artistic and genre diversity.