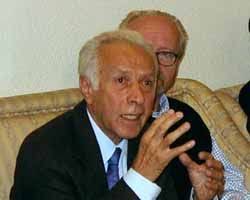 Smail Balić was born in 1920 in Mostar, Bosnia and Herzegovina. After finishing at the Gazi Husrev Beg madrassa in 1939–40 in Sarajevo, he went to Vienna and enrolled at the Faculty of Philosophy. During his career, he worked at the Austrian National Library and was a researcher at the Institute for the History of Arab-Islamic Studies at the Goethe University Frankfurt. In his manuscripts which were published in Bosnian Views, Balić insisted that the Bosniaks were European Slavs whose culture was Islamic and that all three components were equally important and inseparable. He died in Vienna in 2002.