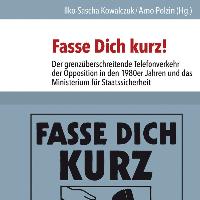 Alongside individual and state surveillance documents, protocols of tapped telephone conversations provide unique source material. These are in part extremely accurate recordings of telephone conversations between members of the East German opposition stretching back to the 1950s. Only summarized protocols of the conversations exist. A selection of the tapped telephone protocols from the 1980s focusing in particular on East Berlin regime opponents was released (“Get to the point!”) by two members of the Research Department of the BStU, Ilko-Sacha Kowalczuk and Arno Polzin. 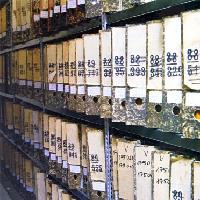 The state security services of communist Hungary began to follow the preparations underway for the Counter-Forum Budapest 18 months earlier, i.e. as early as March 1984, by gathering regular information and agent reports on the informal meetings of IHF representatives and some Hungarian dissident intellectuals in Budapest. By the opening of the official CSCE Cultural Forum in mid-October 1985, the entire staff of the Hungarian secret police had been mobilized with the main task of preventing any potential conflict or open scandal before, after, or during the six-week-long prestigious East-West diplomatic conference, as a “top secret” daily information report dated 16 October 1985 (just one day after the grand opening of the CSCE Conference) clearly proves. It seems to be a telling sign of flurry and an excess of caution or paranoia that on that day this was the second report submitted by the secret service on the same subject: reporting on all suspicious signs and information concerning the efforts of the IHF to find public places: restaurants, conference rooms in downtown Budapest for the use of the Counter Forum. This brief report, which contained both false and misleading information, also illustrates the incompetence of the Hungarian secret police, as they do not seem to have been aware of the latest news, according to which the Counter-Forum had been refused permission to hold its session in a public place a day before and so was hosted by Hungarian dissident poet István Eörsi and film director András Jeles, who offered their private residences for the sessions.

Gyula Horn, Head of Department of Foreign Affairs in the Communist Party’s Central Committee and Hungarian Prime from 1994 to 1998, was responsible for conducting and ensuring the smooth operations of the CSCE Conference in Budapest. He must have known about the parallel preparations of the IHF’s Counter Forum, and he might also have had a decisive role in the official refusal of the IHF demand for public space, which was issued in written form by the Hungarian Ministry of Foreign Affairs. Years later, after 1990, when he was asked about this by reporters, he replied with an obscure allusion to the fact that there were far too many high-ranking Soviet and Eastern Bloc delegates who expected Hungary, the host country, to adopt firm measures in order to resist “the pressure of Western countries.”
read more
Secret reports to the leadership of the Socialist Unity Party of Germany

From the demonstrations of 1953 until December 1989, the Central Evaluation and Information Group (ZAIG) as well as its predecessors in the Ministry for State Security created secret situational reports for the Party and State leadership of the GDR. These reports detailed the public mood, reactions to individual events and conflicts between presumed or real societal opposition, most often only trivial matters relating to the very real difficulties in establishing Socialism in the country, but also affairs which were regarded by the secret police as relevant. The reports of the ZAIG appear sporadically, and for reasons which continue to remain unknown, are addressed directly to individual ministers. Since 2009, employees of the Federal Commissioner for the Documents of the State Security Service publish an edited digital and physical volume of the reports on a yearly basis under the heading “The GDR in Review”. 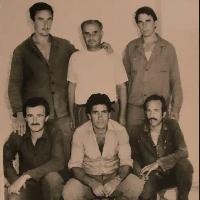 Secretly taken photo from the forced labour camp in Belene
The masterpiece of the collection is a scan of a photograph from the personal archive of Süleyman Kazımov Saadettinov, who showed it to the collector during an interview in March 2010.

Süleyman Kazımov Saadettinov was born on 9 April 1951, in the village of Bashevo, Kardzhali province, Bulgaria. He worked as a mechanical engineer. Süleyman Saadettinov resisted against the so-called “Revival Process” implemented by Communist Party and its campaign of forced name-changing in December 1984 and refused to change his Turkish name to Bulgarian. His resistance was peaceful; he attended a small protest against the “Revival Process”. Because of his resistance, he was arrested and sent to prison and the forced labour camp or the ”concentration camp’, as the collectors define it, in Belene, on the island Persin on Danube river. After about one year he was released and kept on probation until deportation from the country during the summer of 1989. Süleyman Kazımov Saadettinov was expelled with his family from Bulgaria in the summer of 1989, before the collapse of the socialist regime. He and his family found refuge in Turkey. He took the Turkish citizenship. Now he lives in Bursa and has double citizenship – Bulgarian and Turkish.

According to the account of Süleyman, the photograph was secretly taken at a moment when camp prisoners were removed from the camp to work outside of the camp area, near to ordinary workers. In the working area, Süleyman and his friends saw a photographer, taking photos of ordinary workers. They asked the unknown photographer to take a photo of them. The photographer secretly took the photo of the group of prisoners and a week later brought them the developed photograph. When Süleyman was set free from the camp, he took the photo with him.

Süleyman is on the right of the picture, the man crouching and with a mustache.

According to the testimonies of the victims, this is the only photo from 1985 to 1986 period of the forced labour camp in Belene.
read more 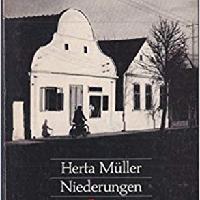 Securitate. About Herta Müller’s Niederungen (Nadirs), March 1982. Note
Herta Müller’s informative surveillance file (dosar de urmărire informativă) contains several informative notes given by the Securitate’s German-speaking sources about her first book Niederungen (Nadirs). These notes are important as the arguments put forward by their authors were used by the Securitate’s officials to begin their informative surveillance of her. The note chosen as a feature item of the collection was signed by the source “Voicu” on March 1982 before the opening of informative surveillance against Herta Müller. He focuses on three of the short stories contained in Niederungen (Nadirs) to underline their “hostile” content towards the communist regime. Stating that Müller’s prose lacks any “positive, optimist elements,” “Voicu” shows that “Das schwäbische Bad” (The Swabian bath) and “Meine Familie” (My family) picture the moral degeneration of the Swabian family in the countryside. Moreover, according to his opinion “Dorfchronik” (The chronicle of the village) sheds a negative light on the local administration and living conditions in rural areas. Müller, he says, underlines that the local officials are all related and support each other to maintain their domination over the village. The mayor holds mandatory meetings but their participants not only ignore him and smoke carelessly but also arrive drunk and continue to drink even during meetings. Public buildings have also lost their officially ascribed meaning, so that, for example, the local house of culture hosts weddings instead of cultural activities. Things are no better in the local agricultural farms, where one of the engineers instead of focusing on his job takes pictures of the surroundings and enters photography competitions.
read more
21 - 25
«« previous page 1 2 3 4 5 6 7 8 9 10 ... 20 21 next page »»