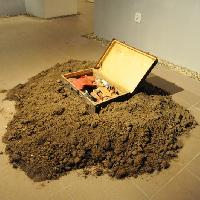 Before the fall of the communist regime led by Nicolae Ceaușescu in December 1989, performance art appeared only sporadically in basements and in private apartments. The birth of Romanian and Transylvanian performance art is closely linked to the artistic work of Imre Baász. The Burial of the Suitcase is one of the earliest of the very few performances carried out in Romania before 1989. Its message is linked to Chances of Survival, prompting people to discover the possibility of staying in Romania, softly accusing those who had left, but without pointing fingers.

The performance was carried out in 1979, near the town of Sfântu Gheorghe. Baász used his grandfather’s old suitcase, which he had taken with him when he had moved to America. He did not make a fortune and he did not stay there though: he returned home and continued his life where he had left off. This story showed that the time spent in a foreign place can more easily turn out to be wasted than time spent at home, even if it is spent struggling. Baász put everything in the suitcase which would be necessary for a real emigration, walked out of the town, asked for a saw, and buried the suitcase. In a way, the performance had a double goal: to symbolically protest against leaving the country and to give final peace to the ancestor’s suitcase in the soil of his homeland.
read more 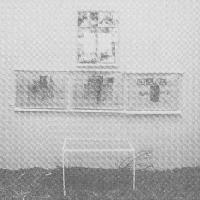 The Chances of Survival is the title of the three preparatory graphics and an installation presented on the first Medium exhibition as an installation. The date of the work is very important. In 1981, people from Transylvania had started leaving Romania due to the worsening living standards and the ethnic harassment suffered by people who belonged to the non-Romanian minority groups.

Baász, who has always been against emigration, thematized this process through his central work. The message was personal and universal at the same time. On one hand, by 1981, most of Baász’s friends had left Romania. On the other, the life of a minority society cannot and should not be compared with the life of the majority society, therefore the minorities should not concentrate on blending in .

The main motive of the works was a real-life fascine guarded by a white cage; it also included six photographs and three photocopies all showing the fascines. The installation used a photo taken at the funeral of philosopher Antal Kapusi showing six men. Baász distorted and scrabbled the images of the people who had already left the country.
read more 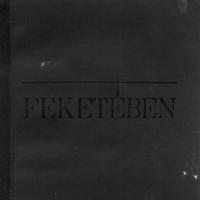 In Black, 1983. Book
In February 1983 SZETA published a contemporary literary and graphic anthology for charity fundraising, entitled Feketében (In Black). The book launch was held at the editor Ferenc Kőszeg’s flat with the title of the invitation cards reading, “The Dignity of the Down and Out.” The publication had been organized over two years, as authorities had several times come close to thwarting it (confiscating the printed books, etc.). All in all, 38 authors and 22 artists contributed to the anthology, which was printed only in 300 copies, but two-thirds of the copies fell into the hands of the secret police. In spite of all of that, “In Black,” with its rare and precious copies, remained one of the most representative bibliophile samizdat publications, and a memento of civil courage and social responsibility of Hungarian writers and artists.
read more 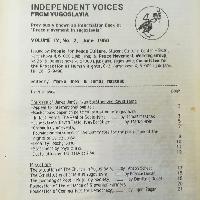 Cross-border solidarity and global networking with progressive movements was at the core of Slovene peace movement’s activity. The regular information bulletins in English were published and widely distributed to convey a strong message to the international community concerning the dedication of the movement to the values of global solidarity, non-violent action and peaceful resolution of conflicts. The network of recipients of the papers ranged from political actors, the media, action groups and NGOs. This is why opposition political groups that appeared in Slovenia in late 1988 entrusted the peace movement with promotion of the “Slovenian spring” abroad. It was this movement that published news about democratic movements and organised the first political missions abroad. It was also instrumental in promoting the rights of the four opposition personalities put before a court martial in 1988 (Janša, Borštner, Tasič Zavrl) which triggered a massive resistance movement against the Yugoslav regime and finally led to independence. 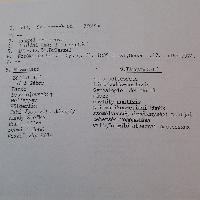 This index was created during the systematization of the oeuvre of Lajos Szabó, following the principles worked out by György Kunszt. It specifies a surprisingly long list of names and subjects compared to the length of the whole document, one typed page, created during the second year in emigration. It lists many names from their circle of friends in Budapest (but not only them). The list of subjects includes promising items, as “analysis of damnation” and “Genealogie der Moral.” It is a nice coincidence that the word “destruction” appears smudgy on the paper.