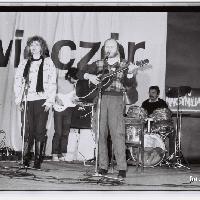 Portraits of Artists in Mistrzejowice Church, photo series.
Zbigniew Galicki not only took photographs of the Holy Masses taking place every Thursday in Maximilian Kolbe Church in Kraków-Mistrzejowice, but also documented the performances of artists in the church. During and after the martial law, song-writers (Antonina Krzysztoń, various singers from Cracovian Piwnica pod Baranami, Pod Budą band), film directors (such as Andrzej Wajda), and theatre artists (the Theatre of the Eighth Day), visited the church and motivated the audience in their resilience and opposition towards the communist state.
read more 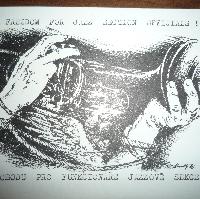 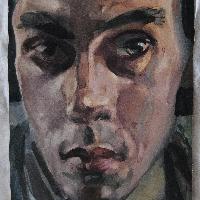 Postcard with self-portrait of Heldur Viires

Heldur Viires painted his self-portrait in the prison camp in the 1950s on the back of a piece of paper with a poem written and presented to him by his friend the poet Helmut Tarand. He sent it home as a postcard in 1955. The sad eyes of the artist in this portrait, and the poem by Tarand, both reflect expressively the harsh conditions of camp life. This postcard is not a normal work of art, but a tool for communication with relatives at home. 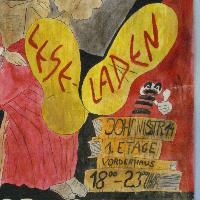 Poster "Leseladen"
The Jena Leseladen (lit: reading shop) inspired by the East Berlin Environmental Library, opened in 1988. It was supported by a group of friends active in the City Youth Parish (JG). This group was committed to planning for the future and saved incriminating and controversial writings so as to disseminate them amongst a broader audience. These writings were mostly from those authors who had been forced to emigrate from the GDR, particularly those belonging to the Jena Society for Peace. The Jena Leseladen was also able to spread West German literature by clandestine means. The Leseladen became an important communication center for opposition groups in Jena.
read more 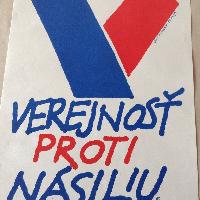