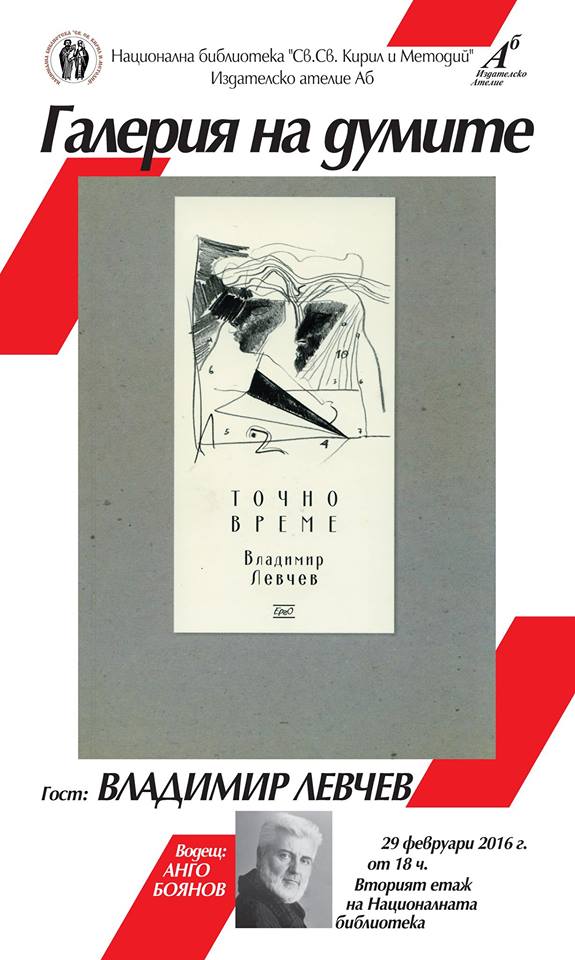 As part of a joint project between the National Library and the Atelier Ab Publishing House in January 2016, a series of creative meetings called "Gallery of Words" was held at the National Library. Poets and writers, artists and musicians, publishers and philosophers present their work. Among them were the former dissidents, poets and writers Vladimir Levchev and Edvin Sugarev, both of them publisher of samizdat magazines from the late 1980s, whose publications are included in the Forbidden Newspaper collection. A major part of the debate was devoted to the time of state socialism and the forms of resistance.