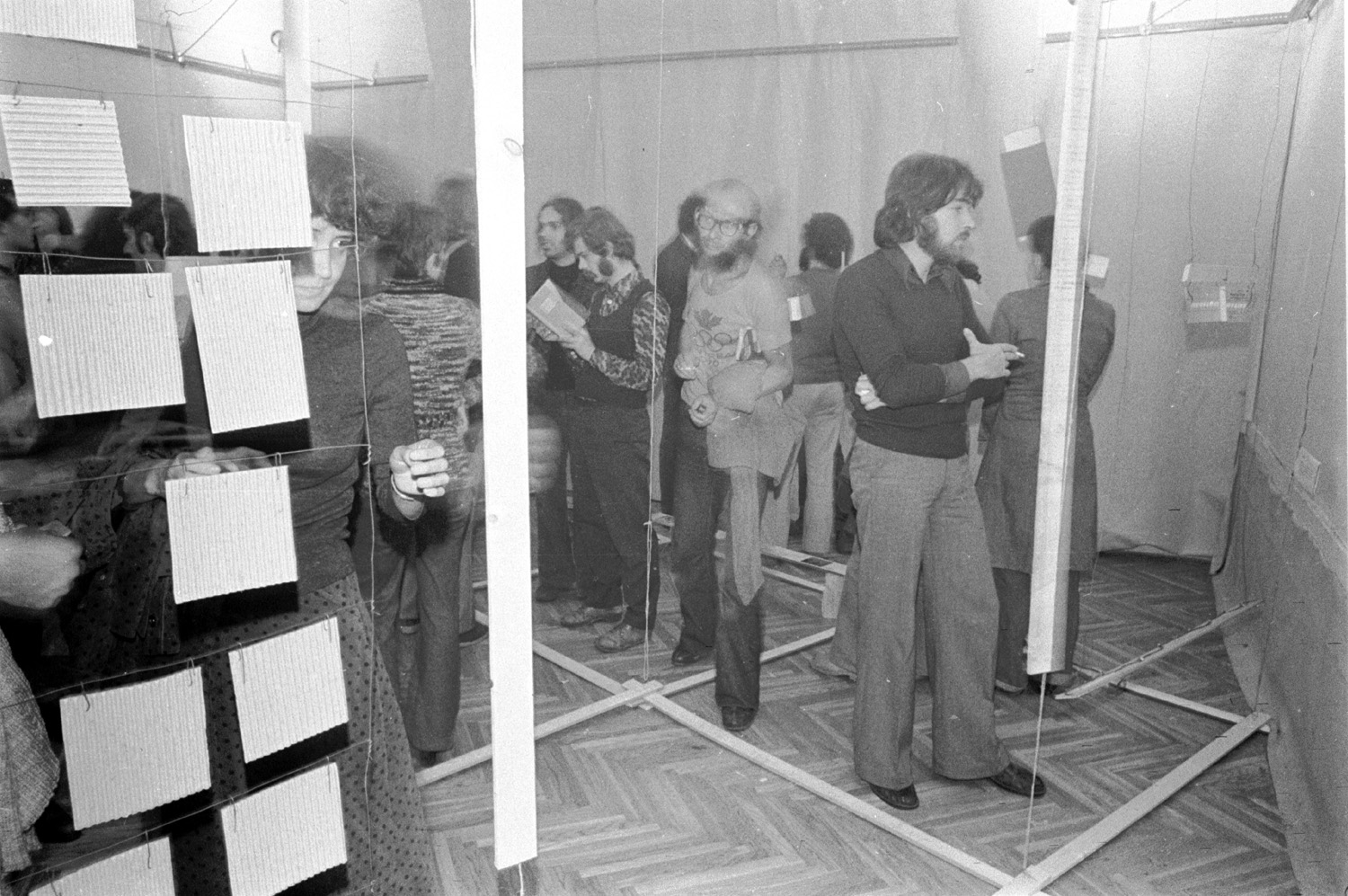 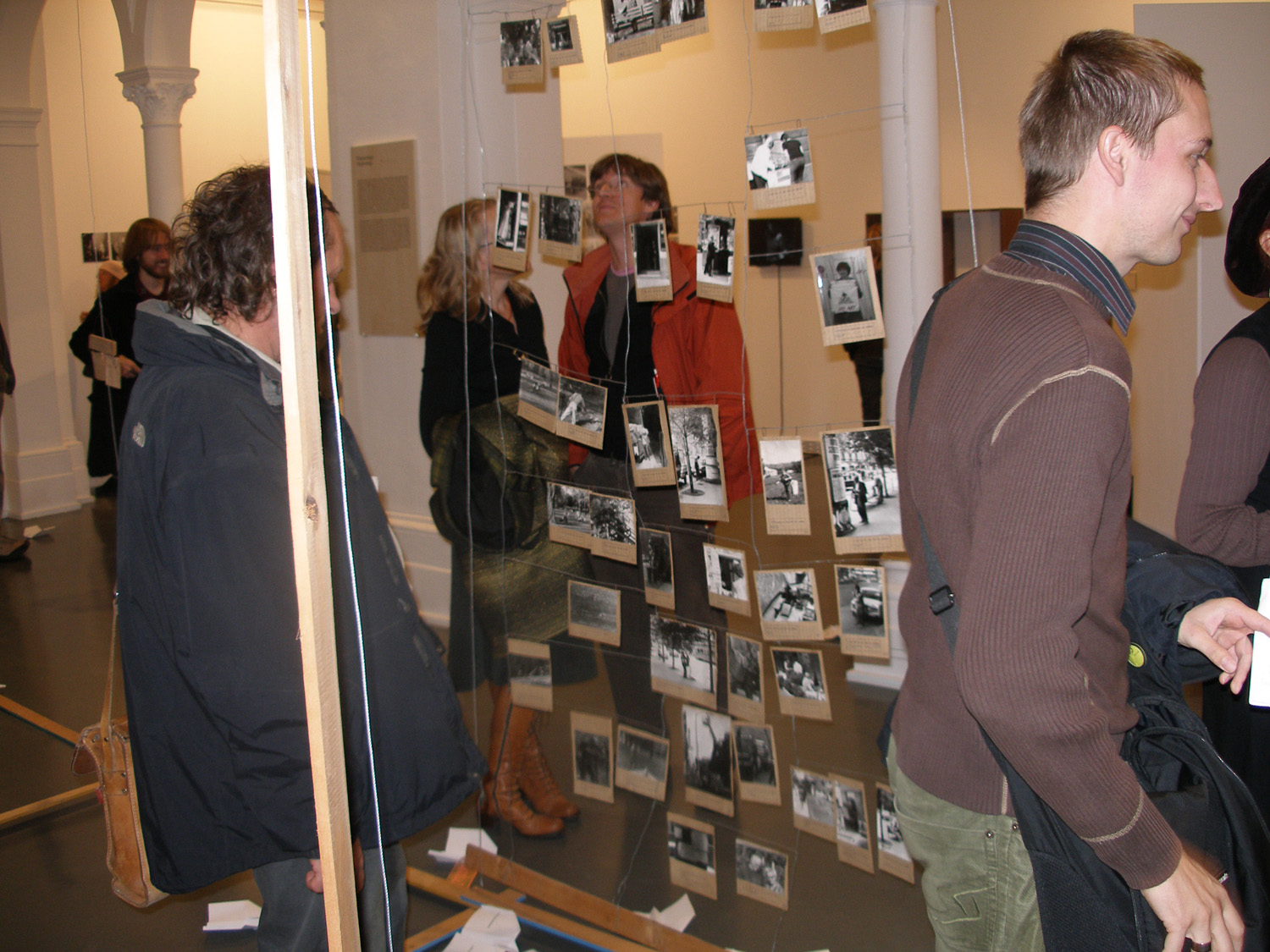 (The reconstruction of Robert Filliou’s Poipoidrom (1976) made in 1998, in the collection of the Museum of Fine Arts, Hungary)

The reconstruction was made after the Poipoidrom done by Robert Filliou and Joachim Pfeufer at the Young Artists’ Club (Fiatal Művészek Klubja) between September 7-17, 1976. The first version of the Poipoidrom was made by Filliou in 1975, while the idea itself origins from 1963. The title of the artwork comes from the greeting “poipoi” used by the ethnic group dogon people – referring to the relevance of communication. Robert Filliou identifies the Poipoidrom as the space of the creative act originnaly constructed of wood, strings, bottles and eggs, but can also be developed into an architectural complex.  Also called “the hallway of permanent creation,” the installation at the Young Artists’ Club was supplemented with photographs, texts and objects, serving as a model for common knowledge and communication. After the exhibition, the installation was given to the Museum of Fine Arts in Hungary as a deposit. Artpool initiated the restoration of the work on the occasion of the exhibition Installation Project at Artpool P60 in 1998. On this occasion, István Kántor (Monty Cantsin) performed in the reconstructed space of the Poipoidrom.