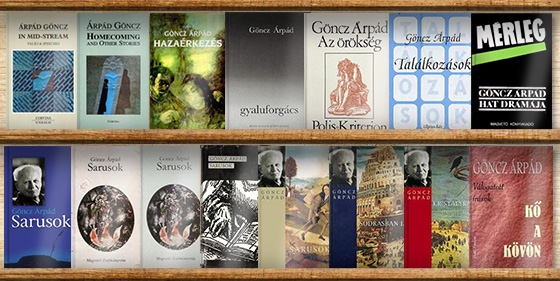 In 2012 and 2014, three exhibitions were held with the title “Göncz Works” in libraries in Budapest and Szeged. The works on display were part of the ex-president’s oeuvre as an author and translator, put on exhibit on the occasion of his 90th birthday and the celebration of his debut as a literary translator 50 years earlier.
The exhibition sites were the Ervin Szabó Budapest Capital Library (2012), the University Library of Szeged (2012), and the National Foreign Language Library of Budapest (2014).
As part of these occasions, a detailed bibliography of Göncz’s works was also prepared by the National Széchényi Library, with dozens of titles of his essays, novels, and plays translated from foreign languages and more than 250 titles of contemporary English and American authors whose works he translated into Hungarian.