Exhibition: Requiem for the Romanian Peasant - The Peasants and Communism 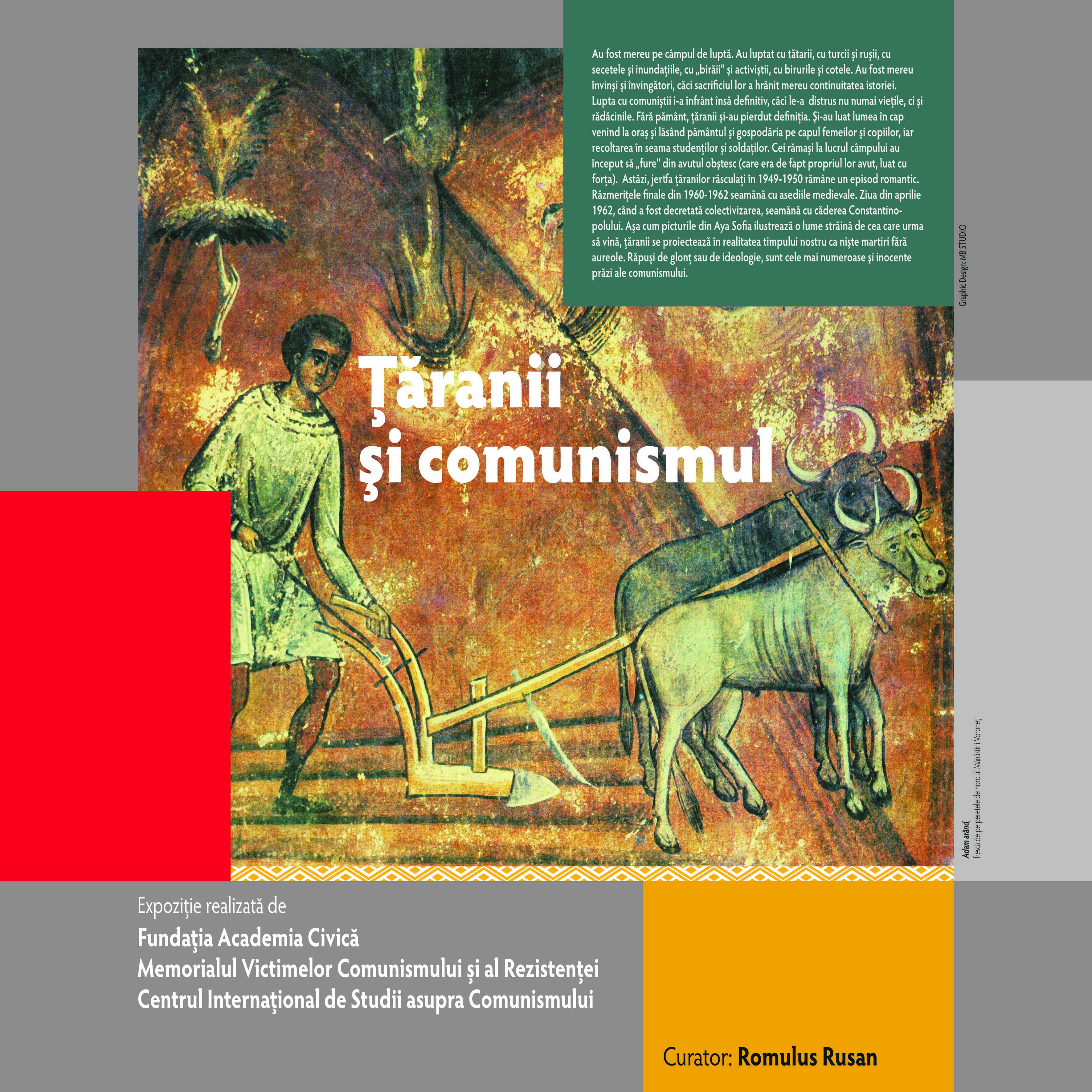 The exhibition “Requiem for the Romanian Peasant: The Peasants and Communism” was held to mark the sixtieth anniversary of the beginnings of collectivisation in Romania, announced through the Plenary of the Central Committee of the Romanian Workers’ Party on 3–5 March 1949. Organised by the International Centre for Studies into Communism, part of the Memorial to the Victims of Communism and to the Resistance – Civic Academy Foundation, in partnership with the Dimitrie Gusti National Village Museum, the exhibition was initially displayed at this museum dedicated to the rural world of Romania from 17 March to 30 May 2009. The exhibition then travelled to Sighet, Oradea, Arad, Timișoara, Drobeta Turnu Severin, Iași, Alexandria, Baia Mare, Alba Iulia, Satu Mare, and Cluj. It presented archive documents, photographs from the period, and oral history testimonies relating to the traditional village world that collapsed as a consequence of the destruction of the system of private land ownership as a result of forced collectivisation – a process initiated by the communist regime at the end of the 1940s, interrupted after the death of Stalin, and then vigorously resumed after the Hungarian Revolution of 1956 and completed by 1962. The process of forced collectivisation gave rise to desperate reactions on the part of the peasants, who rebelled in numerous localities. A map showing the places where peasants rebelled against collectivisation and the imposition of quotas was one of the central elements of the exhibition. The creation of the exhibition involved the collaboration of the Timiş and Arad county branches of the Association of Former Political Prisoners in Romania, the County History Museum in Alexandria, and many witnesses to the events. The opening of the exhibition was also the occasion for the launch of the audio-book Ţăranii şi comunismul (The peasants and communism), comprising ten accounts by peasants who participated in the rebellions of the years 1949–1962, selected from the over 5,000 hours of recordings accumulated in the Oral History Archive of the International Centre for Studies into Communism.