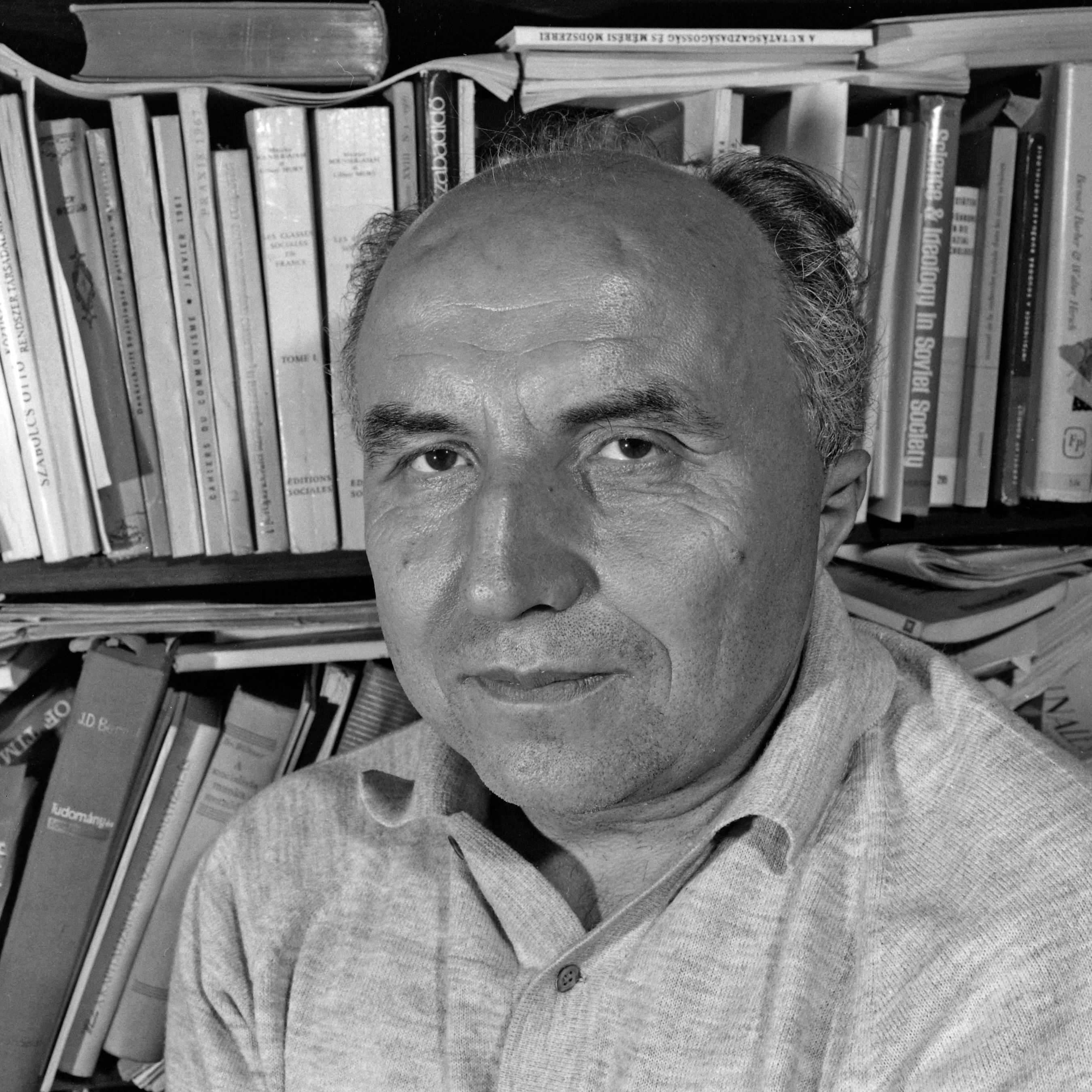 András Hegedűs (1922–1999) was a Hungarian sociologist and communist politician. He was a member of the illegal communist movement, and he was put under arrest in the August 1944, but he escaped. He was the national secretary of the Hungarian Democratic Youth Movement (1945–1947). From the early 1950s, he took on numerous ministerial portfolios and served as prime minister from April 1955 to October 1956, but he was a “puppet” of the Hungarian communist leaders, Mátyás Rákosi and Ernő Gerő. At the Hungarian Revolution he signed the document asking Soviet troops for assistance, then he left the country to the Soviet Union. In September 1958, he was able to return to Hungary. After 1956, Hegedűs underwent an intellectual metamorphosis and became a full-time academic. He worked at the Economic Institute of the Hungarian Academy until 1961, and then at the Central Statistics Institute. Between 1963 and 1968, he served as the leader of the Sociology Research Institute. As a critical sociologist, he played a very important role in the “rehabilitation” of Hungarian sociology. In 1968, he objected to the Warsaw Pact invasion against Czechoslovakia. He was dismissed from his position at the Sociology Research Institute. He then taught at the Karl Marx Economics University. In 1973, Hegedűs was shut out of the Hungarian Socialist Workers Party because of his “oppositional” views, and in 1976, he retired. From 1982 to 1988, he was able to teach again at the Economics University.