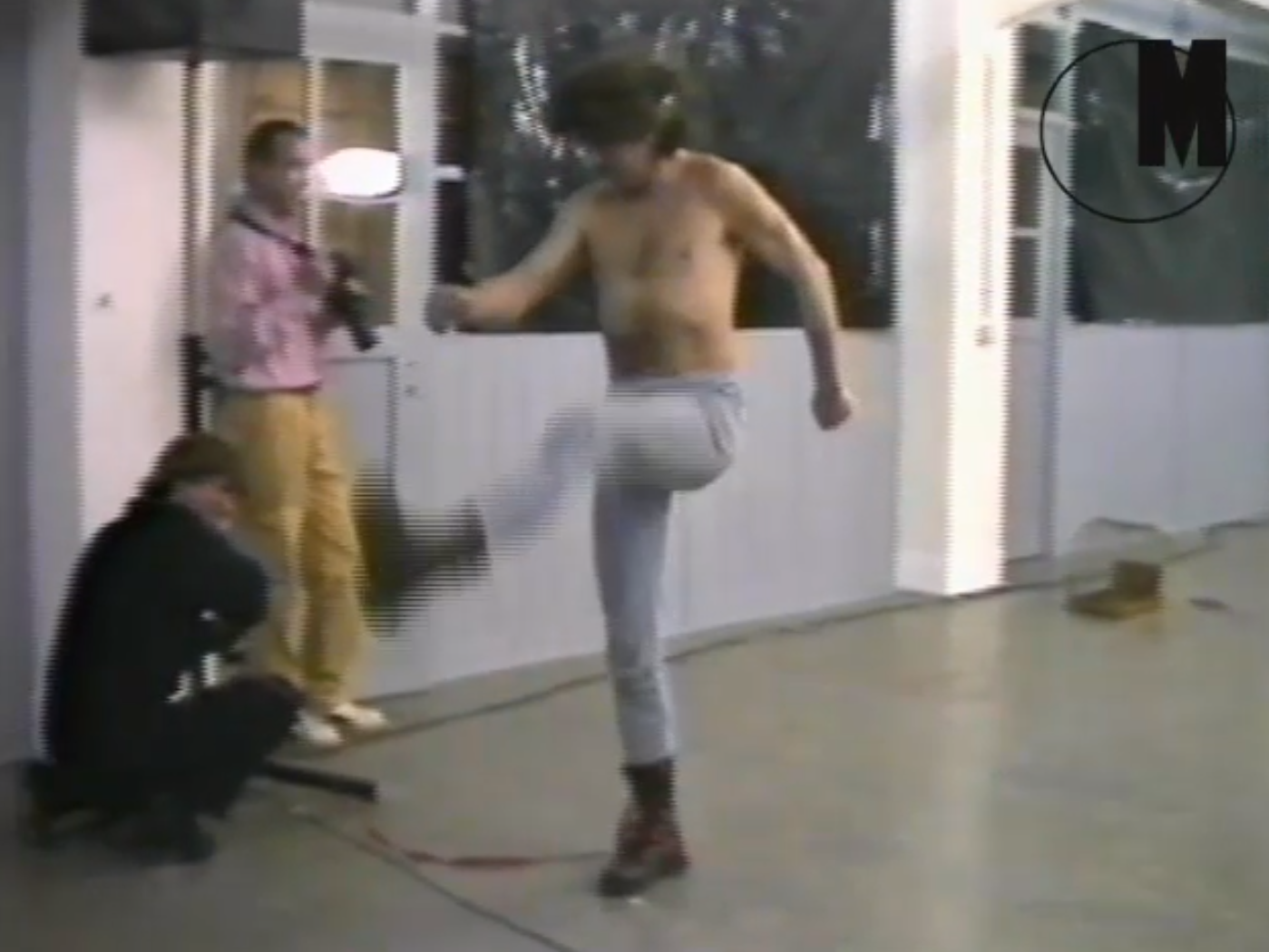 Zbigniew Warpechowski affectionately repeats “I love you” to a yellow canary in a cage. The declarations become increasingly obtrusive and aggressive. He ties the canary to army boots with a red ribbon and commences to goose-step vigorously. The delicate canary tries to fly away, but time and time again is brutally pulled to the ground by the jolt of the military boot.

Afterwards he pours petroleum onto a plate and dips his hair in it. He sets the plate on fire, uses the flame to cut the ribbon and releases the canary. Finally he lowers his head, igniting his own hair and runs out of the room with his head on fire.

According to the description on the webpage of the Museum of Modern Art in Warsaw this represents a “one of the most explicit examples of the use of the language of aggression and self-aggression with the aim of amplifying the message encoded in the performance.”

The performance took place in 1984 in Stuttgart developing “the threads from the action at BWA Gallery in Lublin in 1983, which was interrupted by a group of hooligans sent by the security services.”

The Museum’s commentary suggests that the numerous layers of the performance also include a commentary to the brutality of the martial law introduced in in December 1981 and formally lifted shortly before Warpechowski’s performance: “The situations which tapped into the artistic means of aggression often had existential meaning. Here, burning the hair was one of the gestures that served the purpose of materialising the notion of «nothing». However, there is also a clear political message to the performance, understood as an act of protest against martial law in Poland.”