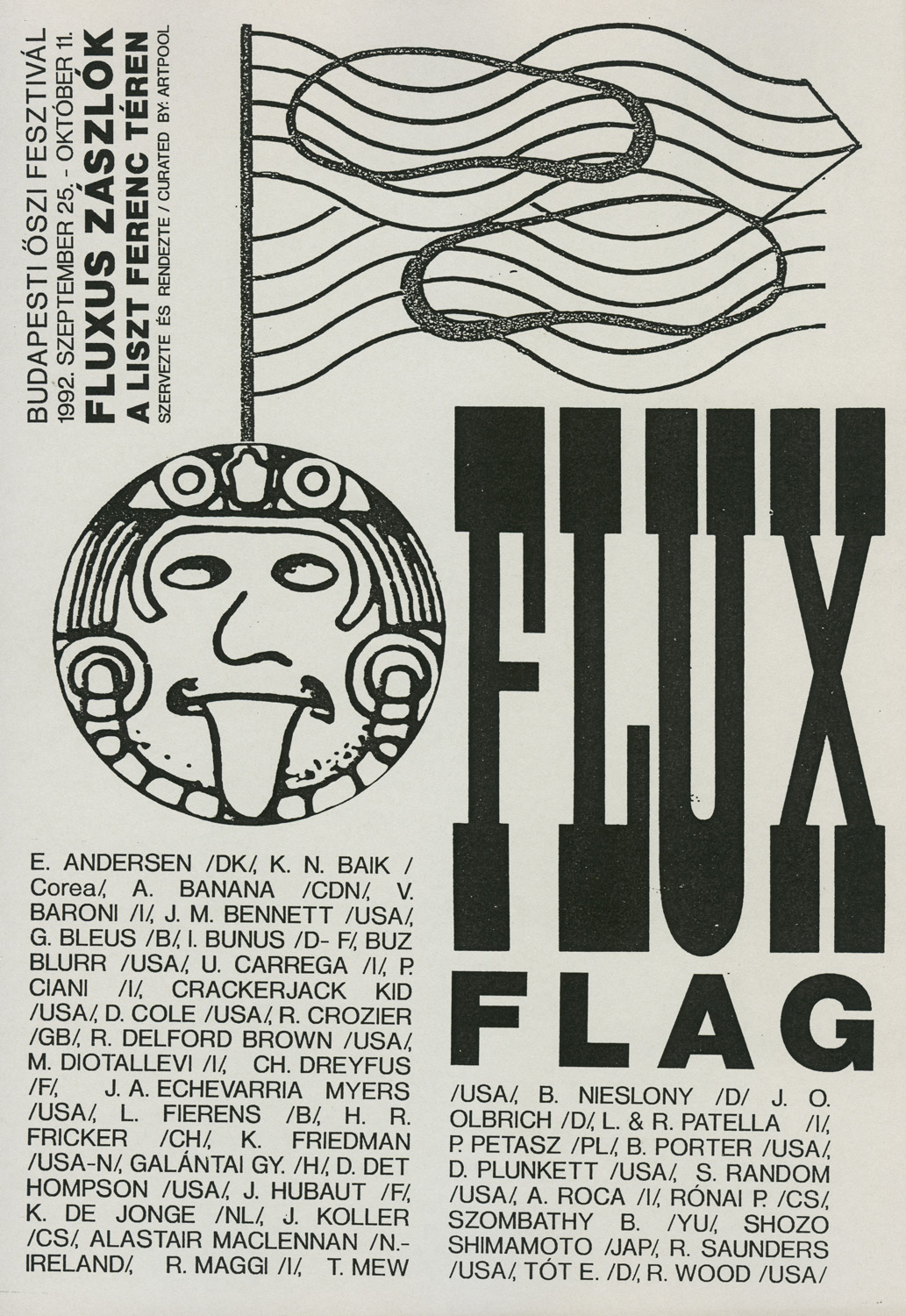 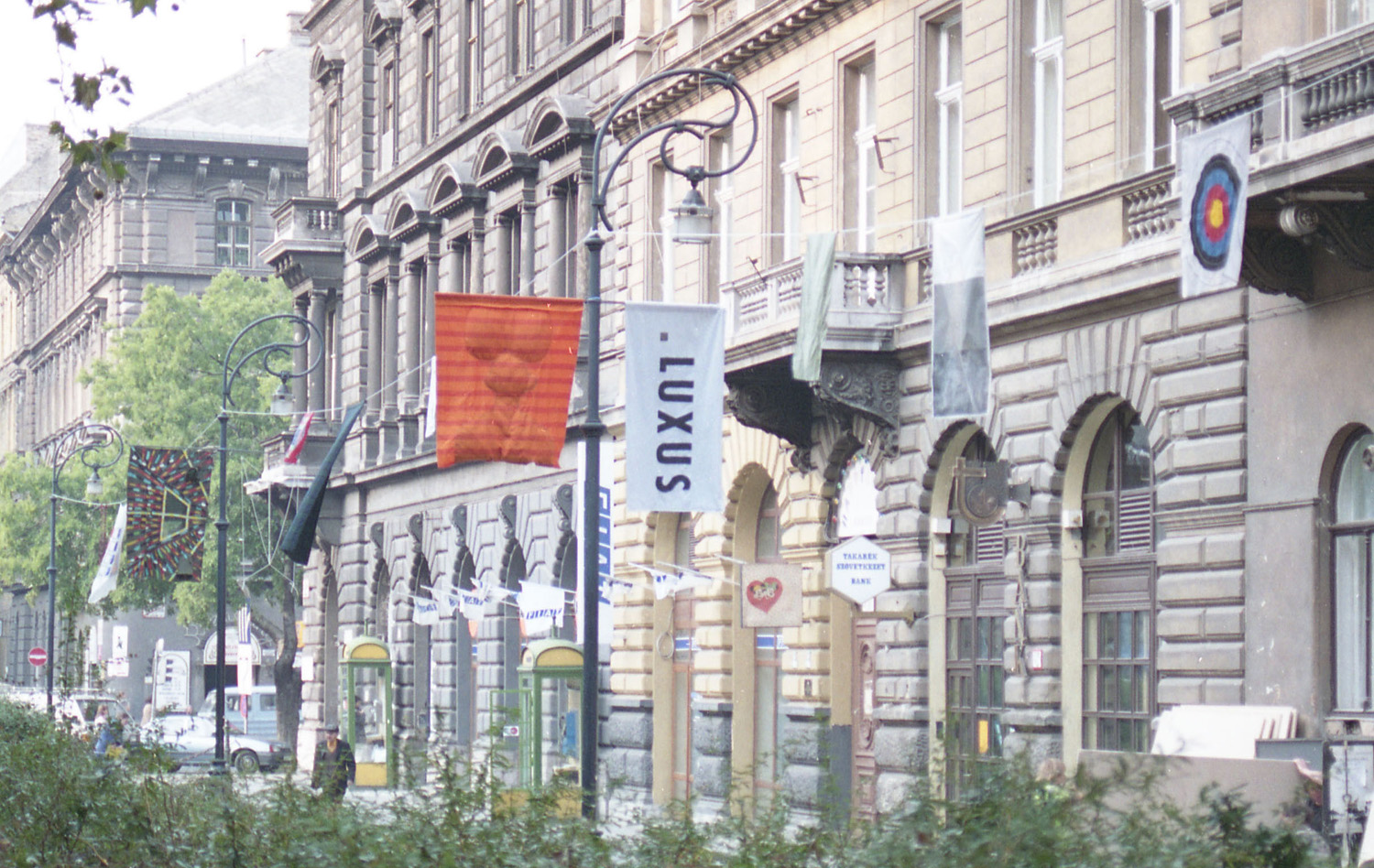 The flags as Fluxus objects were realized as responses to the announcement in which Artpool invited 100 artists to participate in the commemoration of the 30th anniversary of Fluxus. Artpool received responses from 42 artists from 18 countries, whose flags were presented in the open-air exhibition on Liszt Ferenc square. Flags by Eric Andersen, Anna Banana, Vittore Baroni, Reid Wood, Július Koller, Bálint Szombathy, Endre Tót, etc. were being shown.