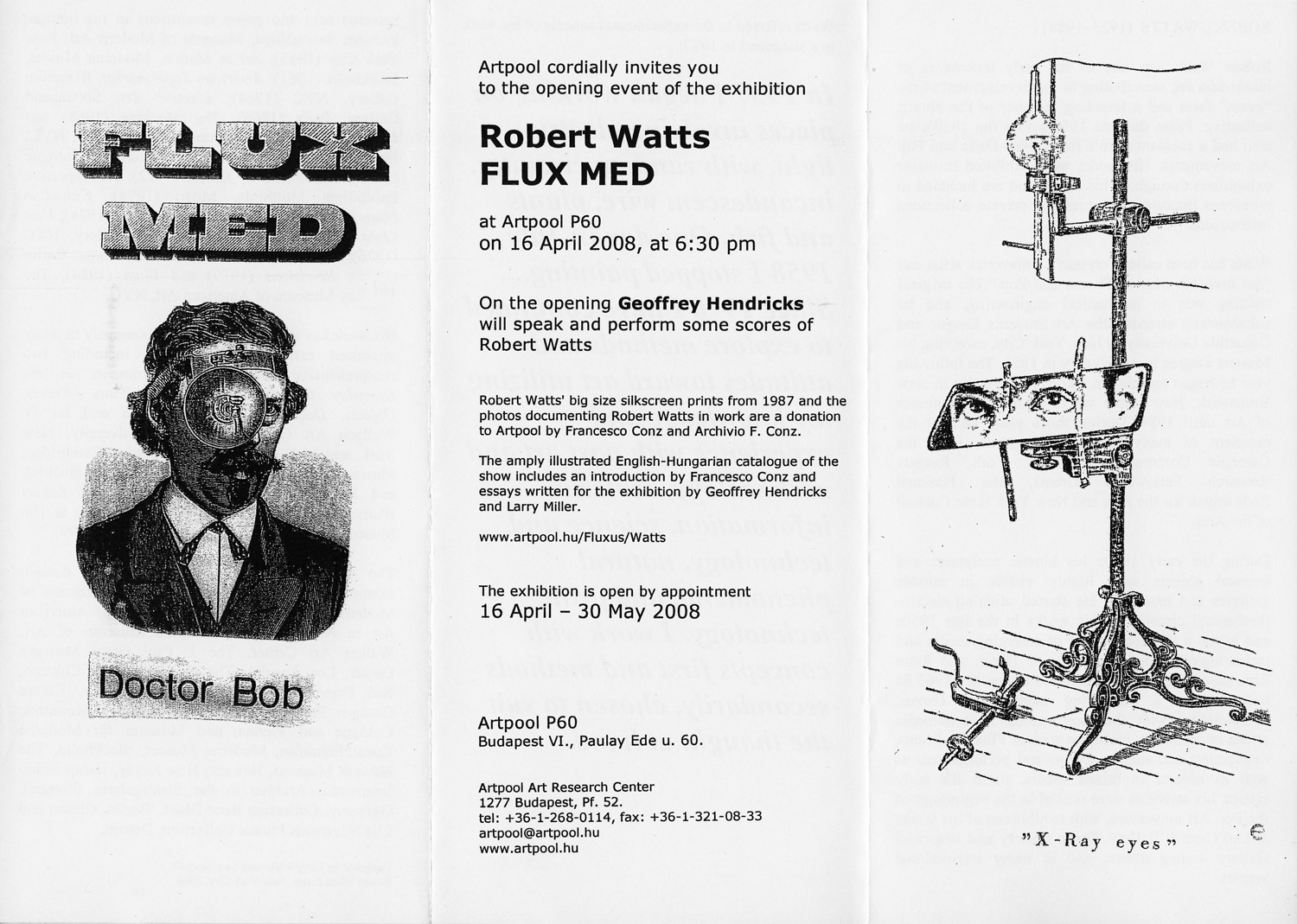 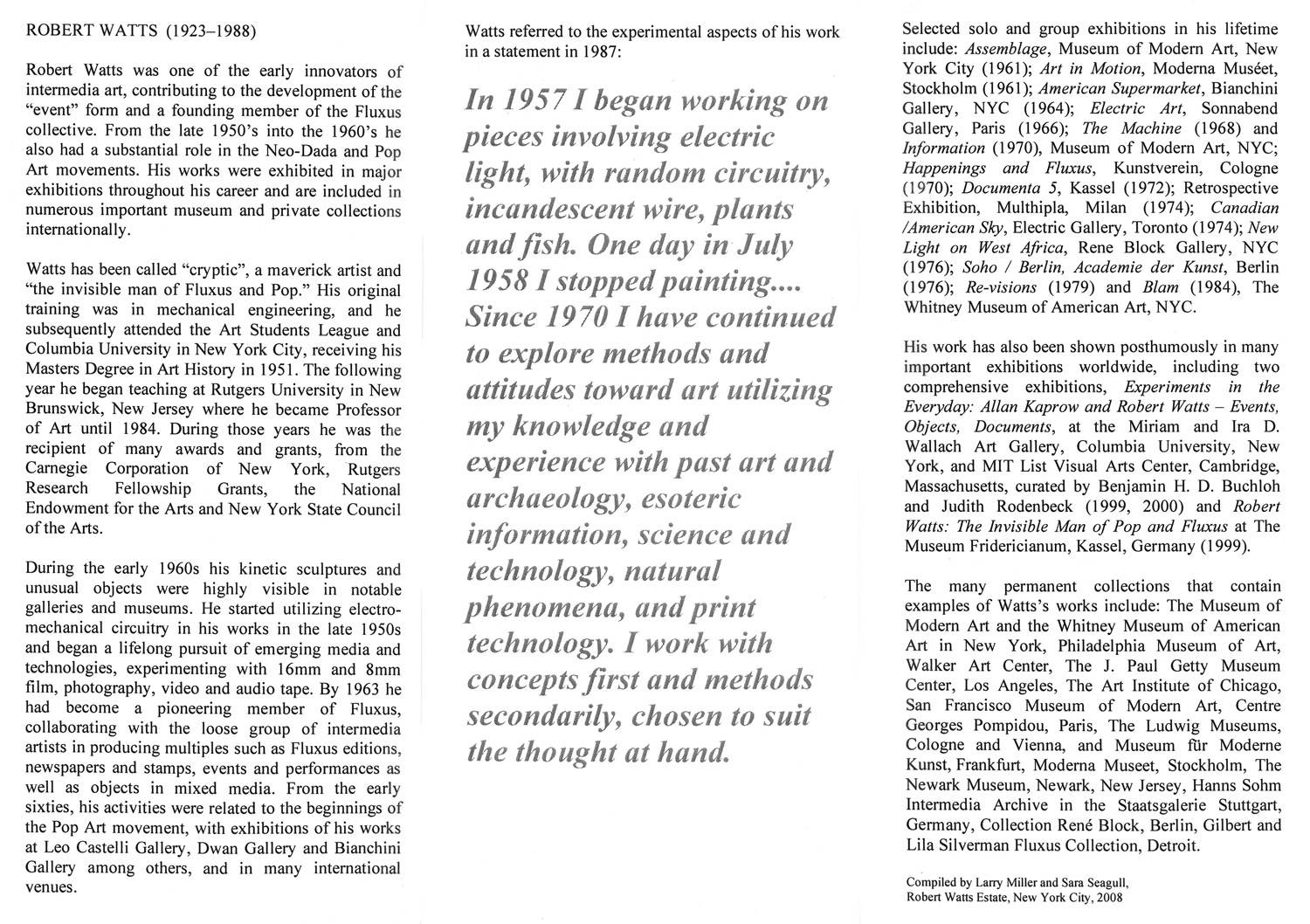 The exhibition organized by György Galántai within the frameworks of the program series of FLUXUS EAST – Fluxus Networks in Central and Eastern Europe showcased Robert Watts Fluxus artist’s large scale silkscreen prints (made in 1987) for the first time in Budapest. The exhibition was accompanied by a catalogue with Francesco Conz’s preface and texts by Geoffrey Hendricks and Larry Miller. Geoffrey Hendricks also performed five Fluxus scores by Robert Watts on the opening of the exhibition. Francesco Conz – who provided the works for the exhibition – donated Robert Watts’ works and many other Fluxus publications to the Fluxus collection of Artpool.