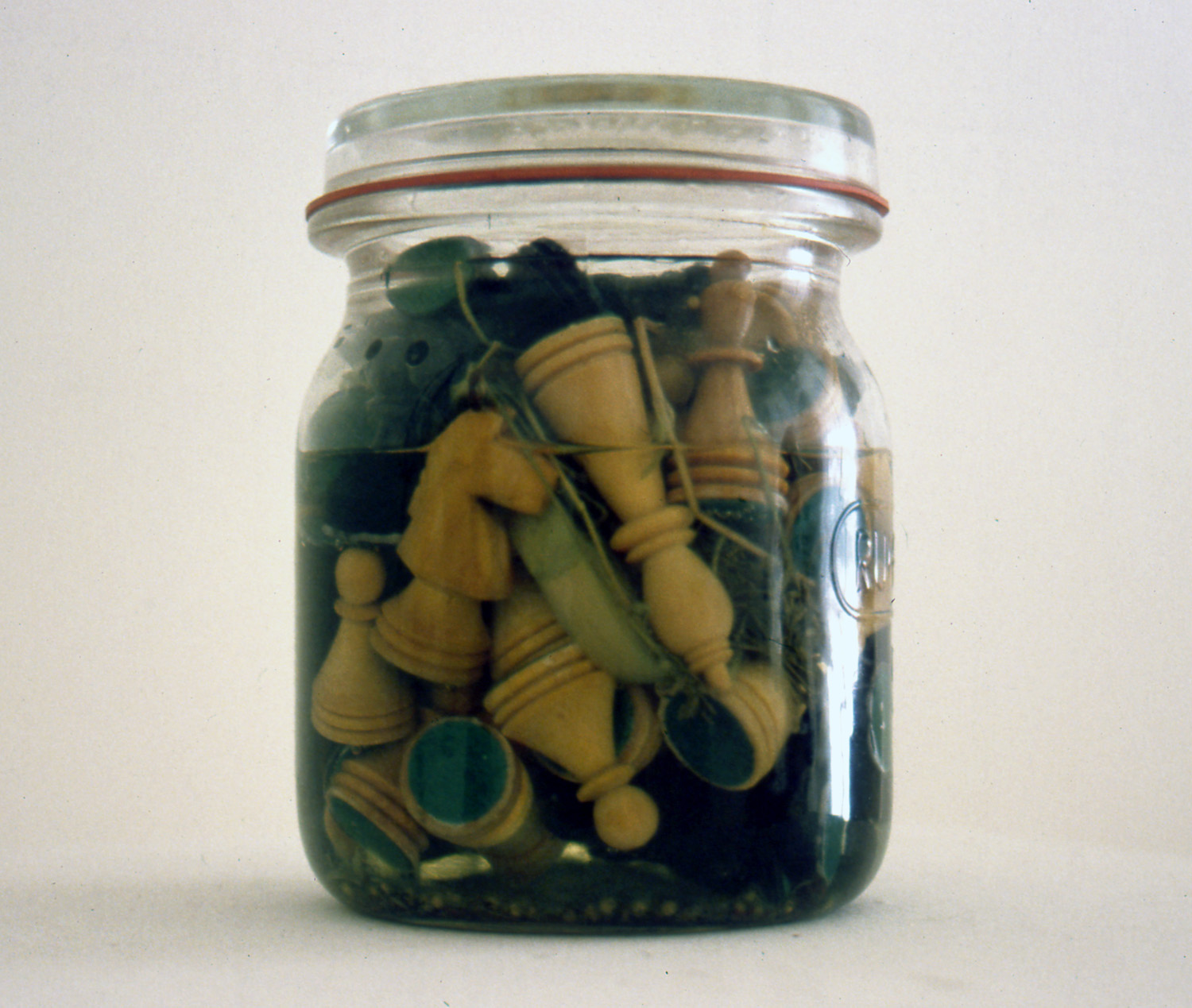 Gábor Altorjay’s Fluxus object entitled Chess Preserve was realized as part of the action Chess!! In 1967 (Írószövetség, Budapest, April 12, 1967) – evoking Marcel Duchamp’s passion for chess. The action was accompanied by the following poem:

Around this time, Altorjay was working on other similar “anti-artworks” which recontextualized everyday objects, for instance Short Circuit Instrument (1968) and Uncomfortable (1968). The reconstruction of the Chess Preserve was made by Artpool for the exhibition 3×4 (1993), and it was exhibited in other shows, as well (Impossible Realism, Artpool P60, 2001; Dada and Surrealism / Rearranged Reality, Hungarian National Gallery, 2014).